Marika and James’ Palace of Fine Arts engagement session is one I’ve been dying to share ever since I mailed off their film. Settled in a luxe area of San Francisco, the Palace features nods to Greek culture within its grand structure. Outside of the Rotunda, large columns make you feel like you’re time traveling. Despite the incredible amount of wind that’s always hanging around the Palace, it’s an exquisite location for engagement photos. 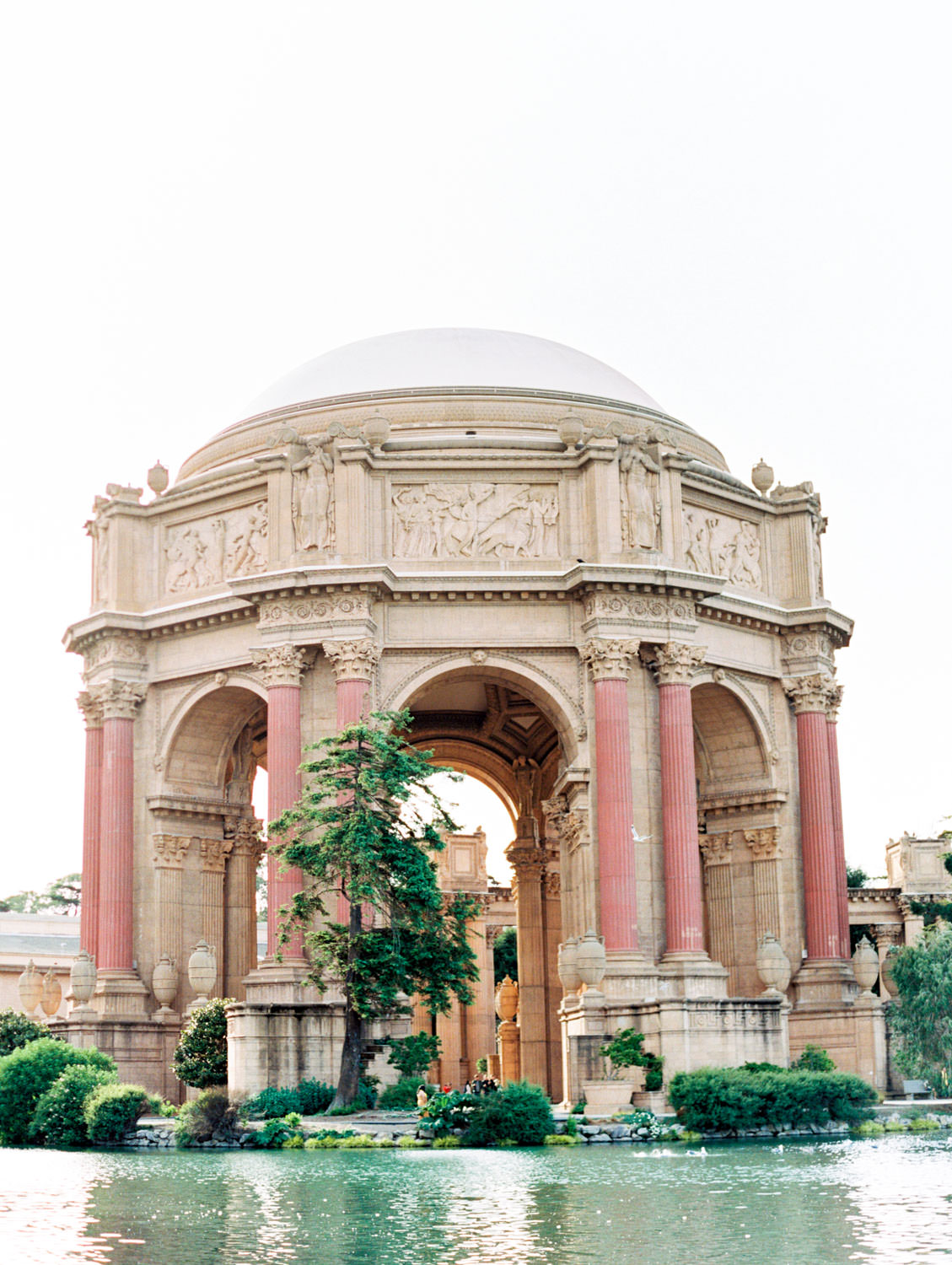 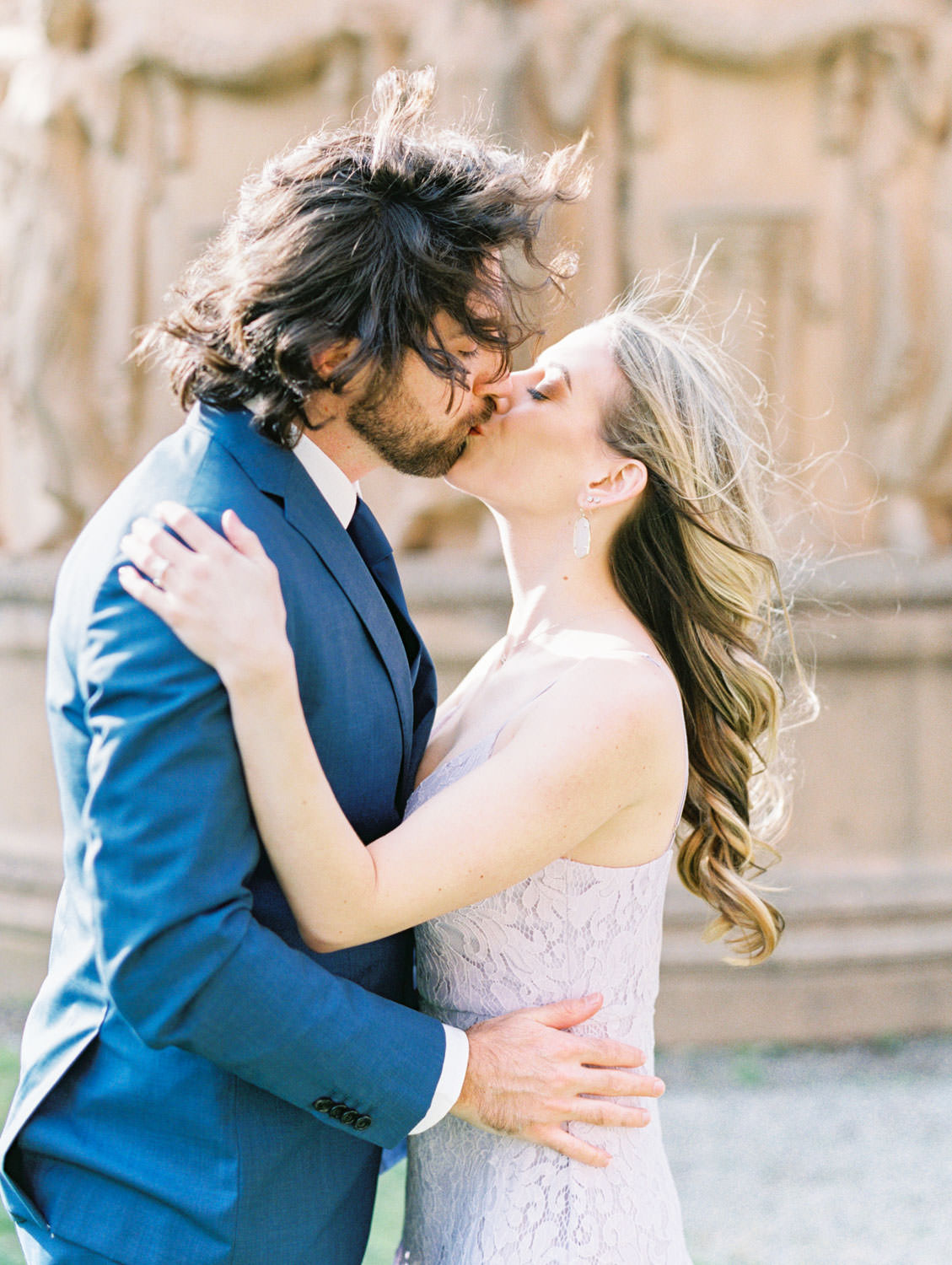 Marika met James when they attended college in San Diego. James and his twin brother both coached Marika’s sorority kickball tournament and the rest is history. 10 years later they got engaged in Positano on the balcony of their hotel. Proposal goals, right!? 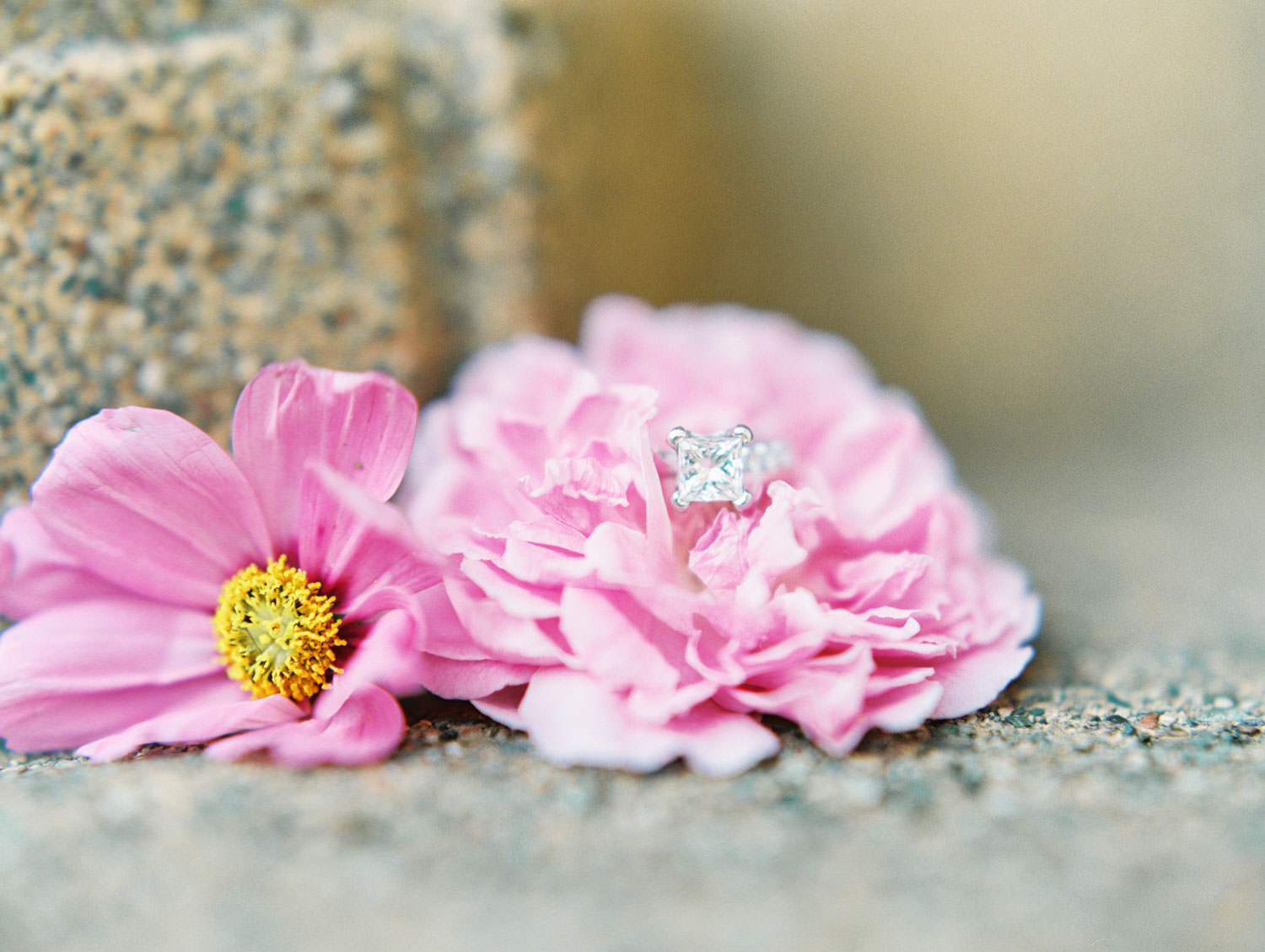 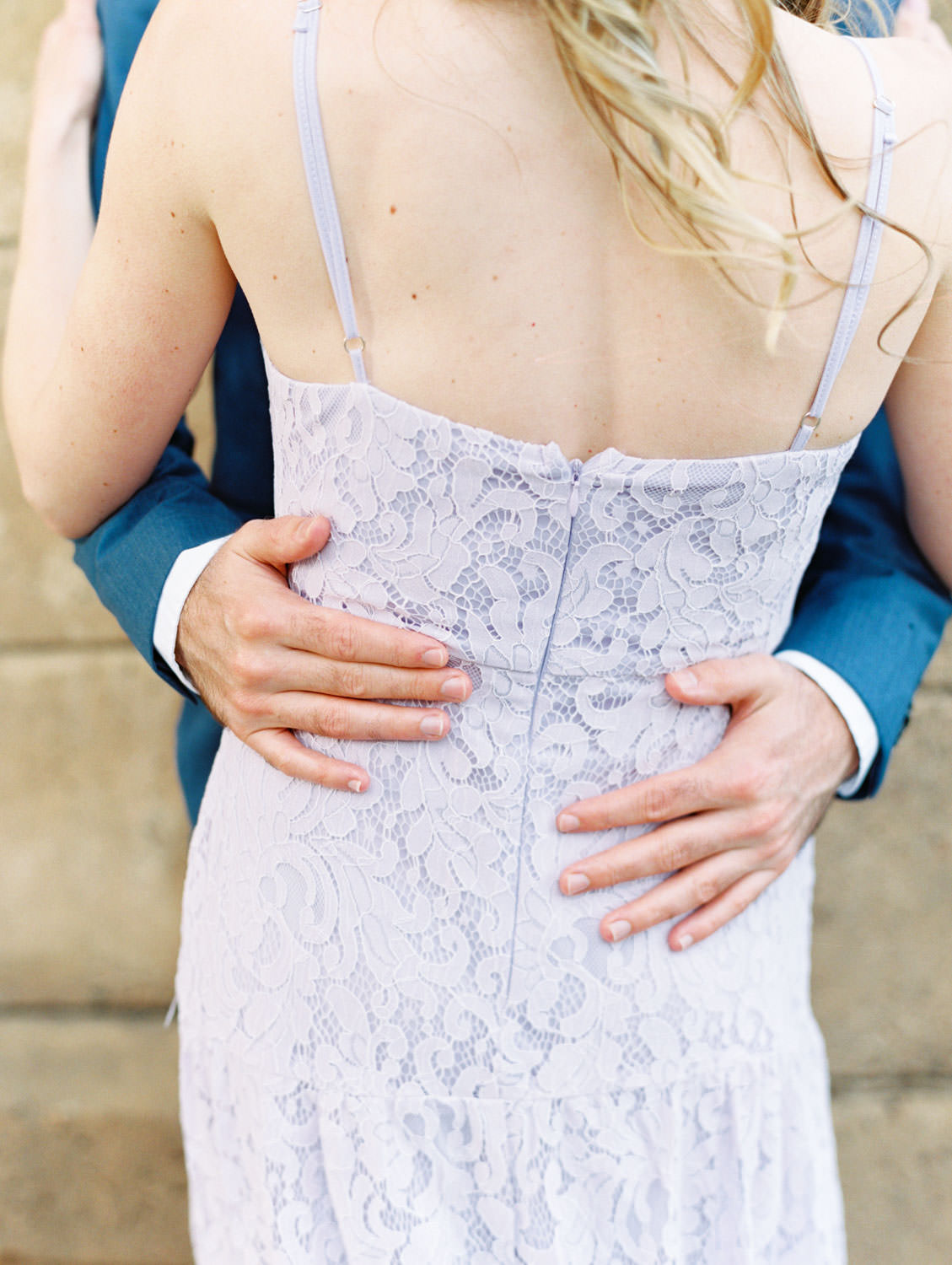 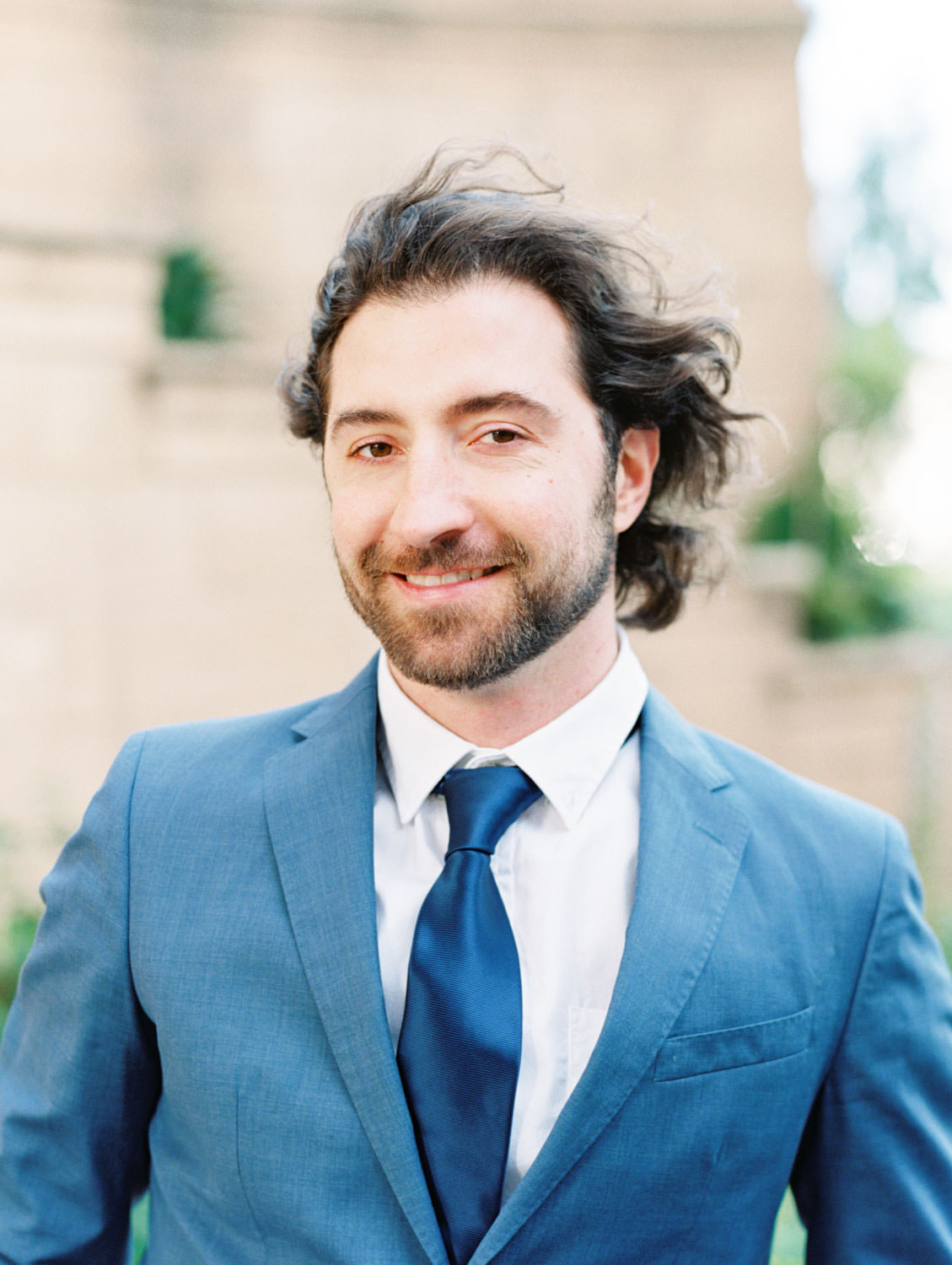 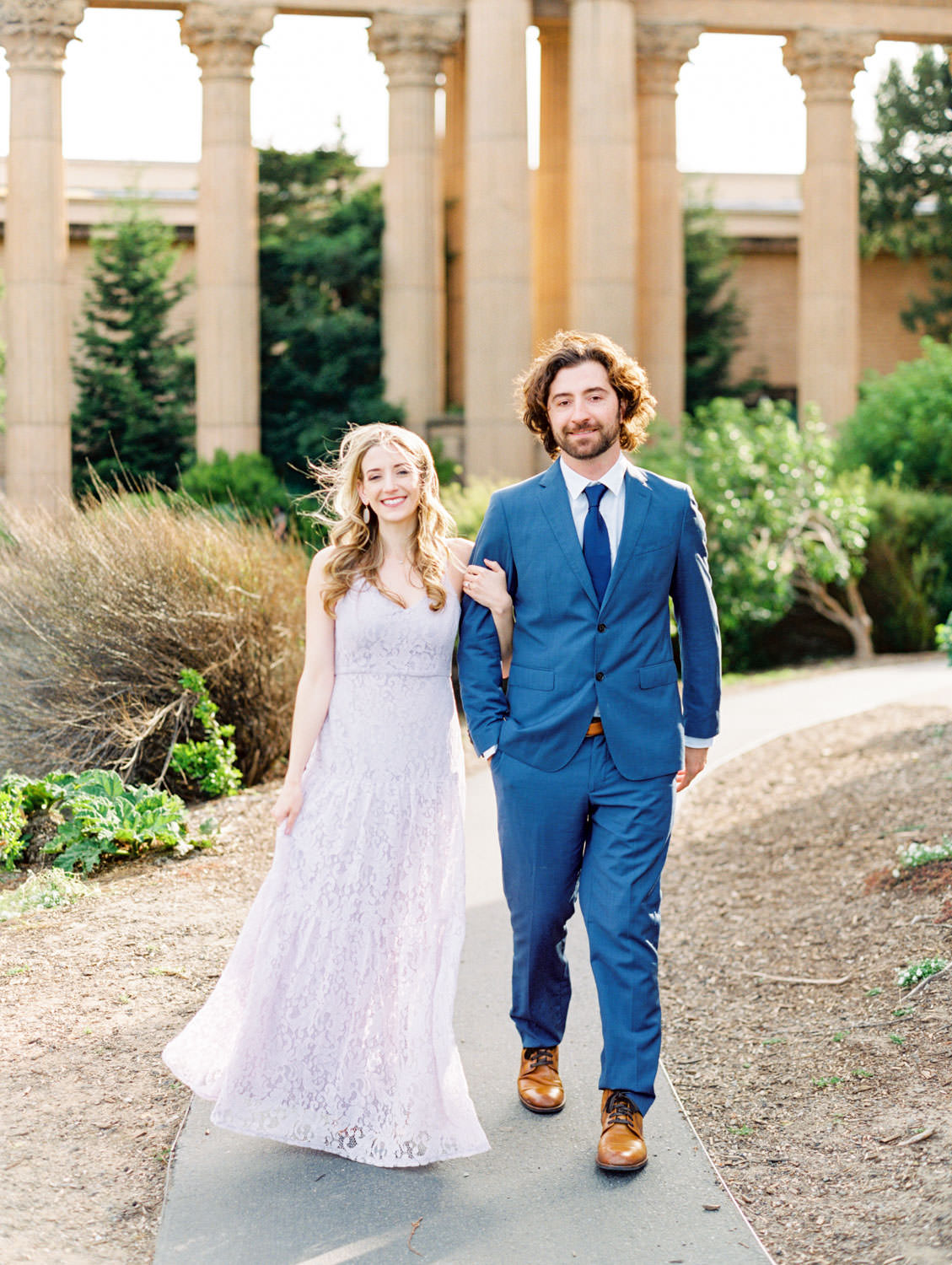 Since James and Marika have longer hair, we spent a lot of time trying to literally go with the flow of the wind. Of course, the wind direction never wanted to line up with my backdrop and lighting choices. Although the gut reaction tends to be fear of the wind messing up your hair, it can give a romantic and whimsical look to photos. Movement creates more of a feeling in images, so it’s something to embrace even if it does affect your hair! 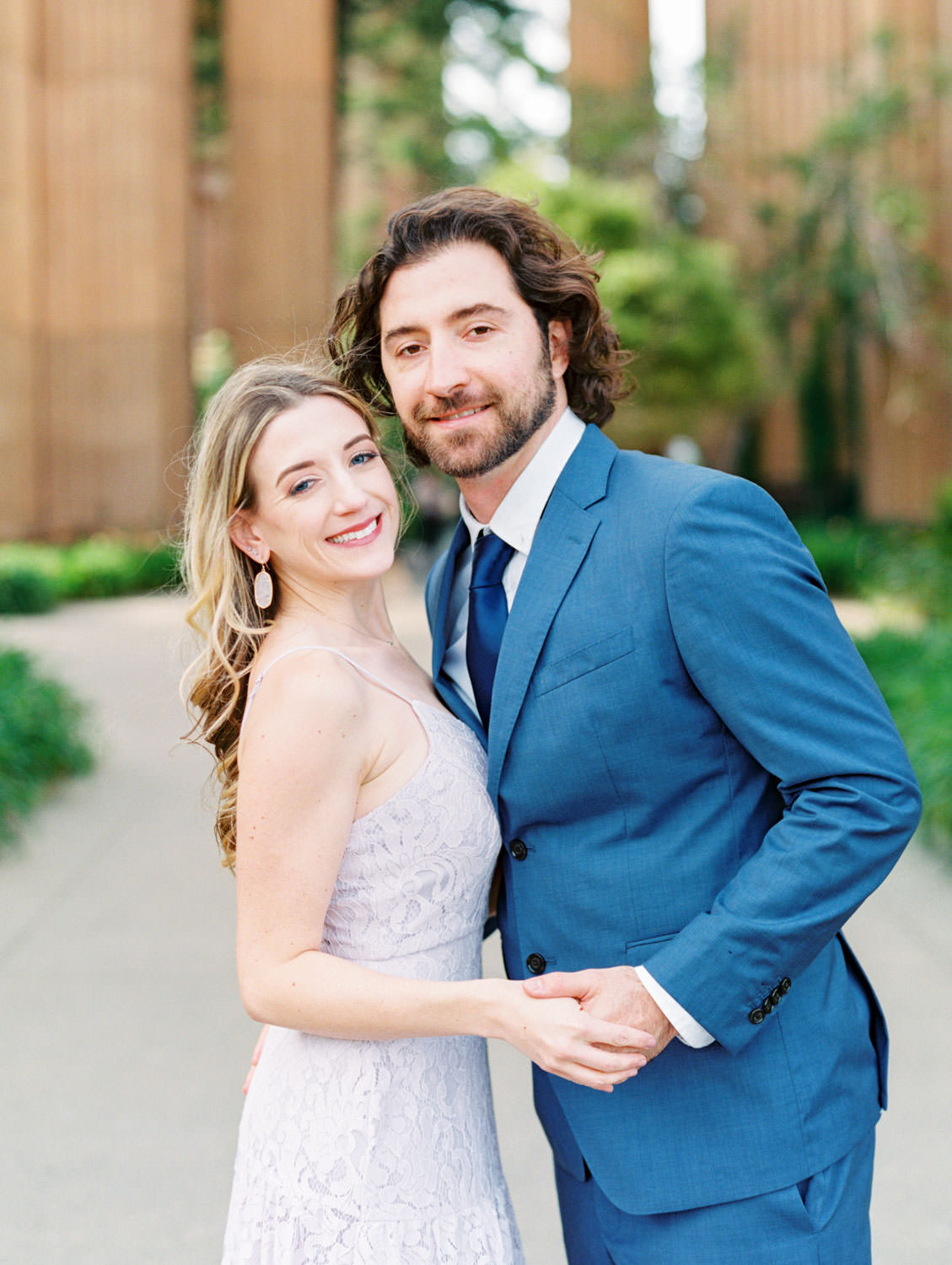 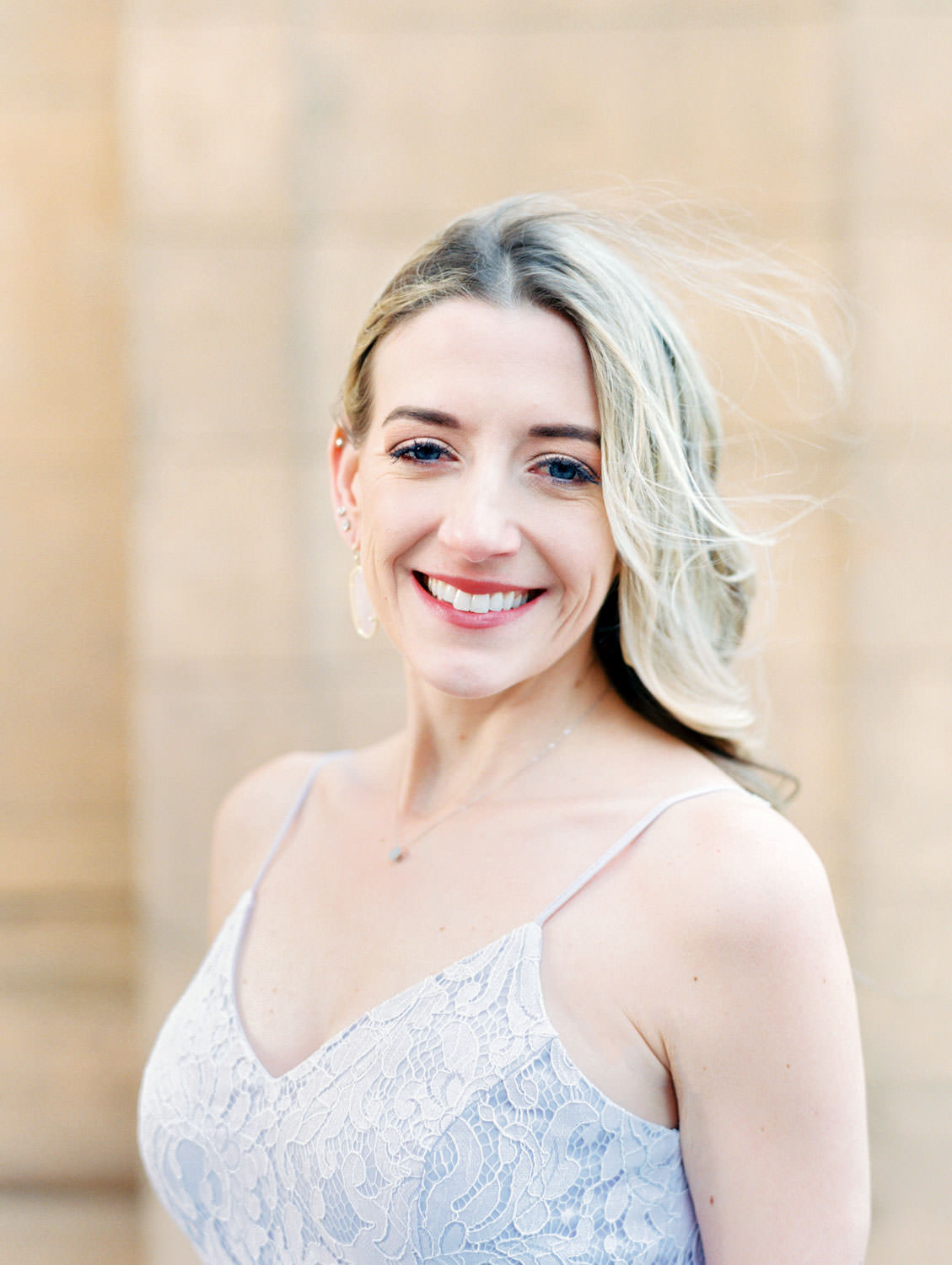 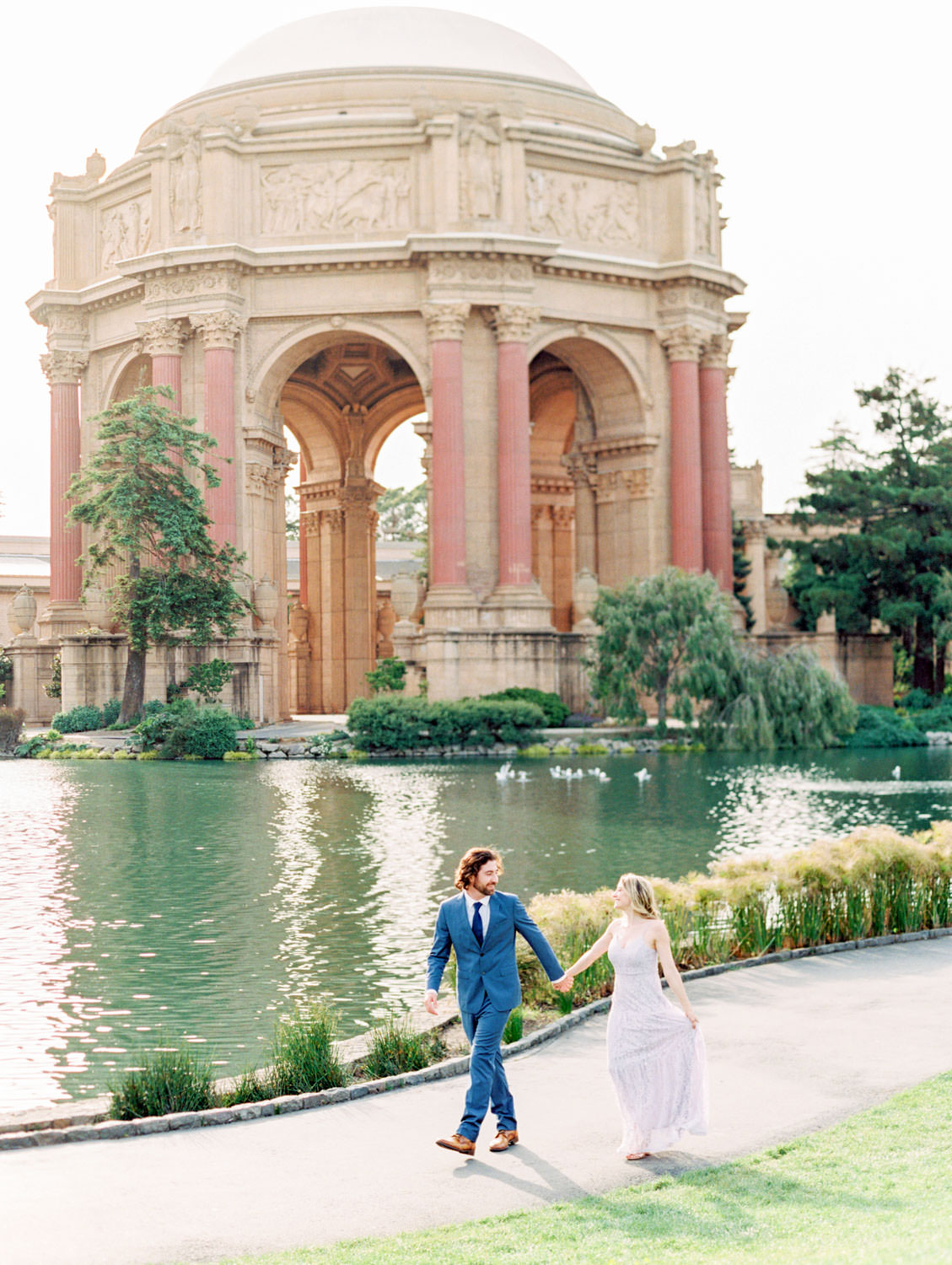 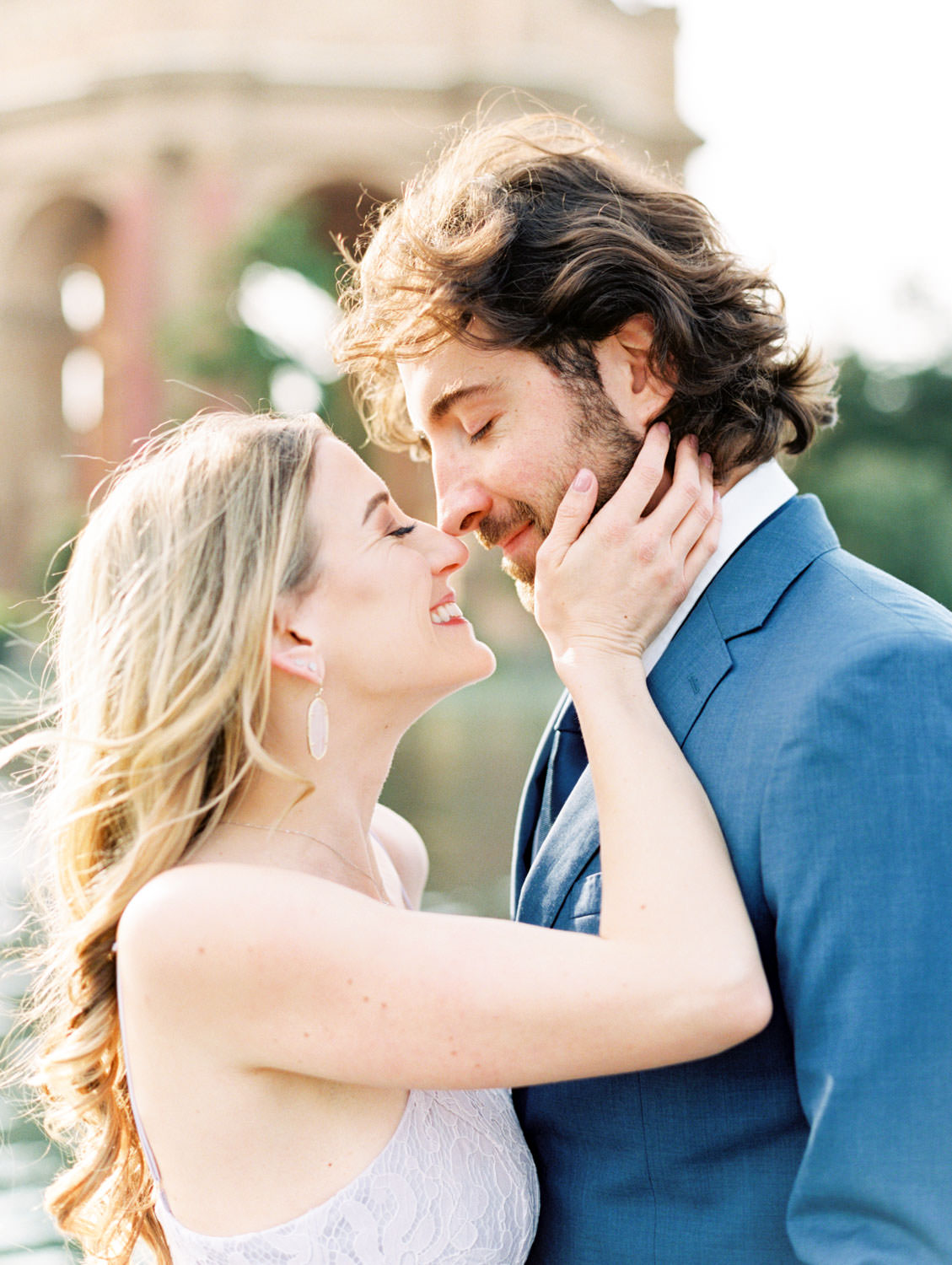 A short drive from the Palace, Baker Beach has a stunning view of the Golden Gate Bridge that’s not too overwhelming in the images. I love including nods to the city without them being too on the nose. Baker Beach also has beautiful sand dunes and mountain views. Marika and James had so much fun running around the beach – yes, literally, I made them run and it was super adorable. 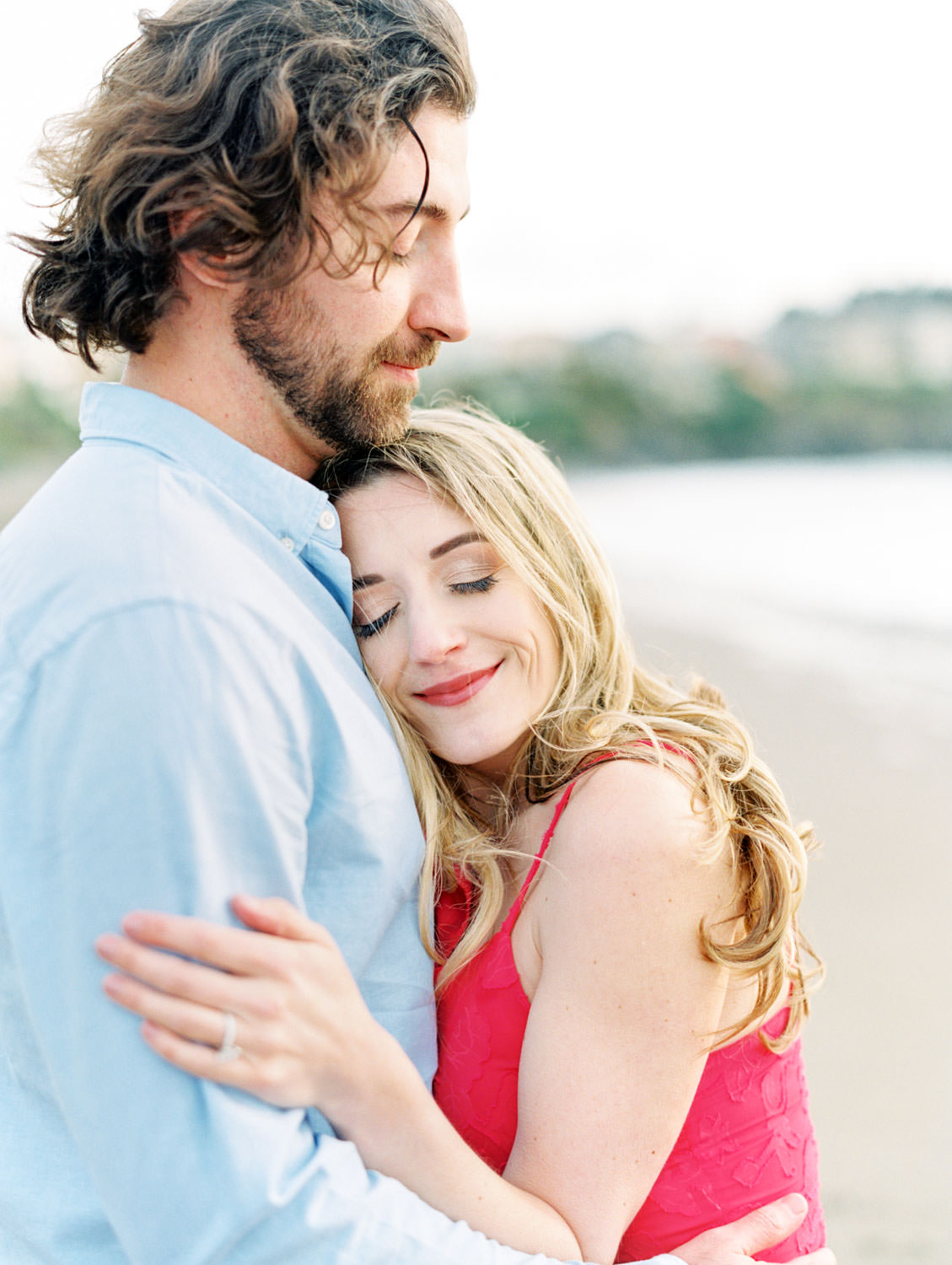 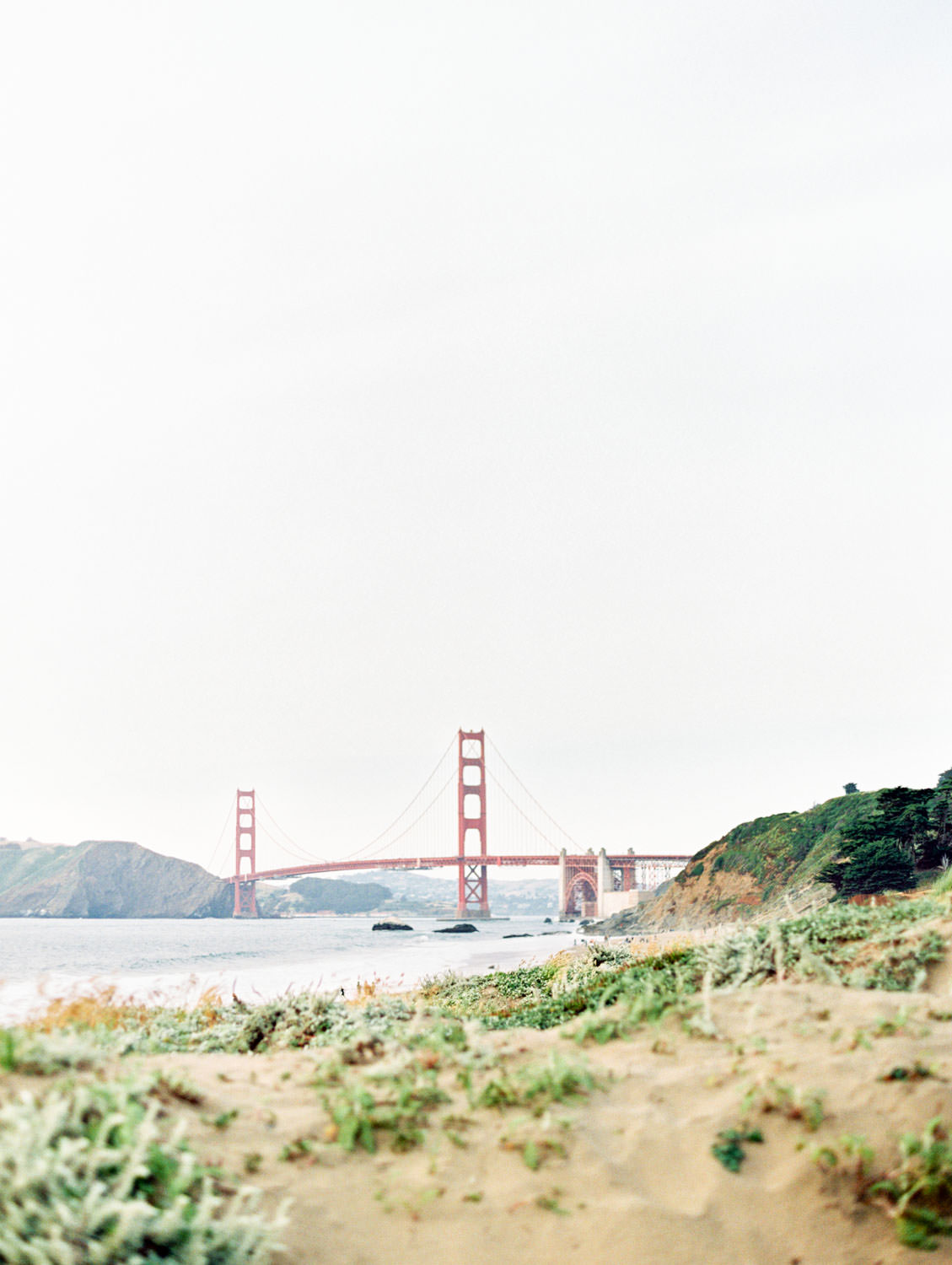 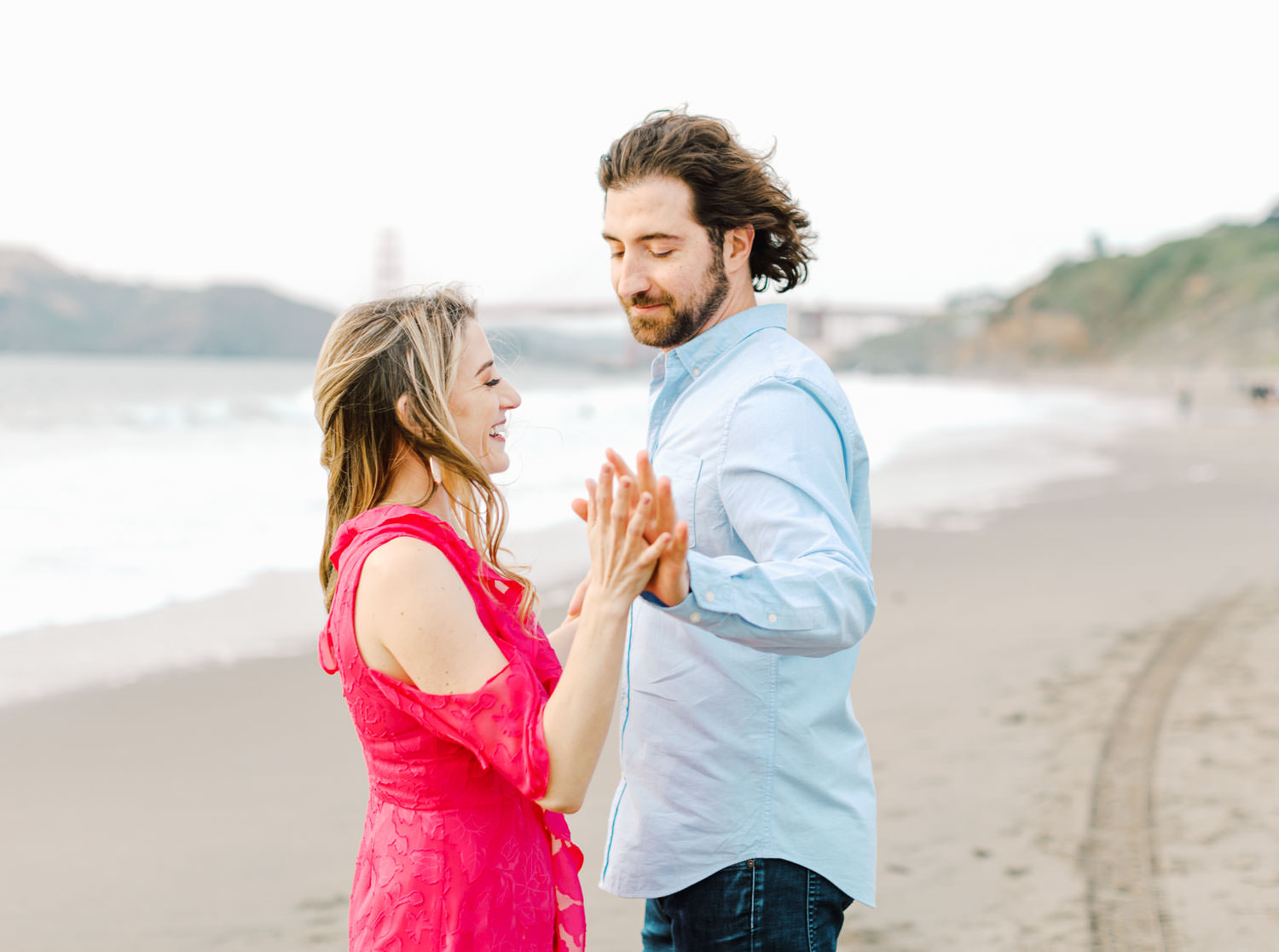 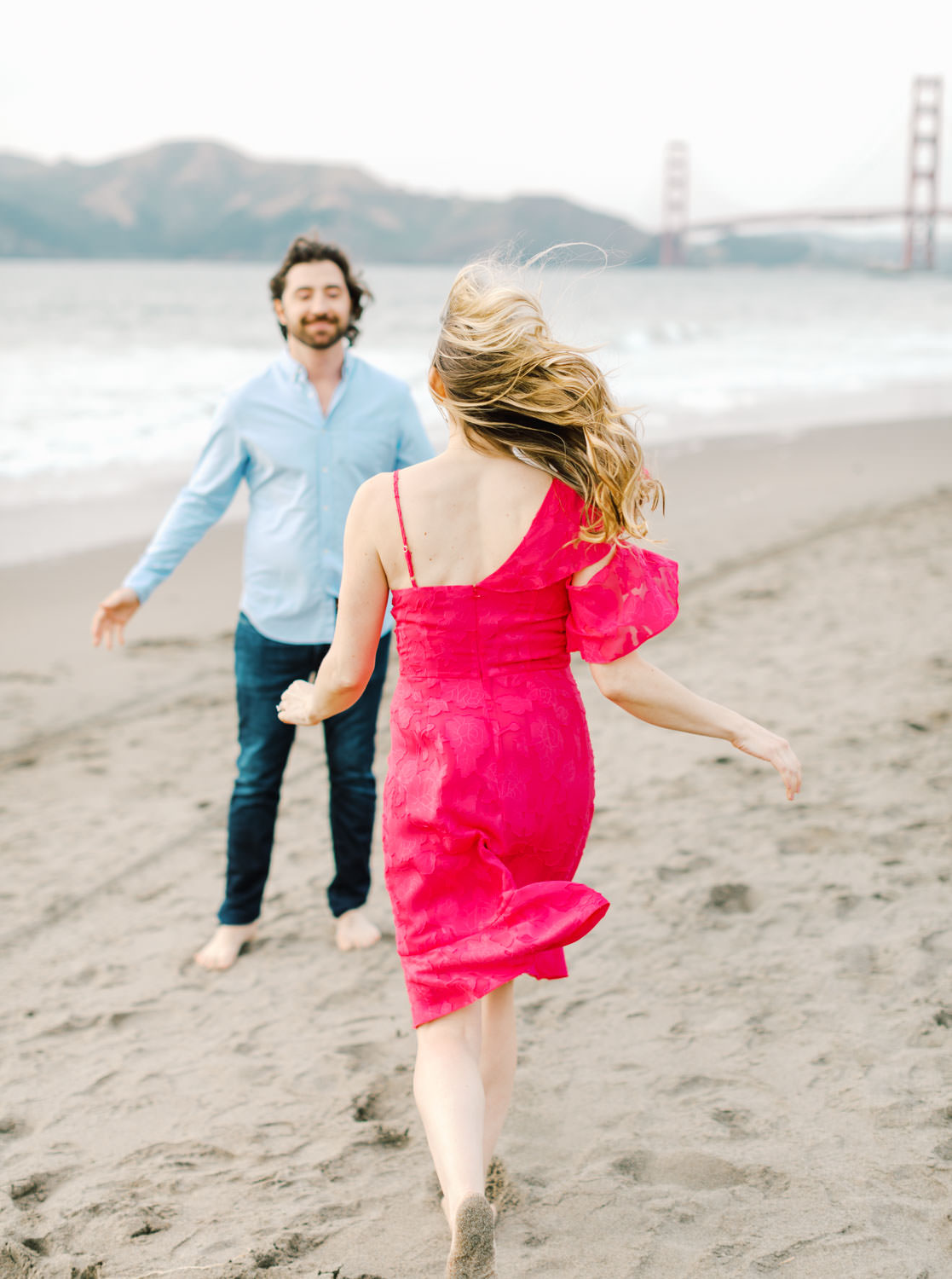 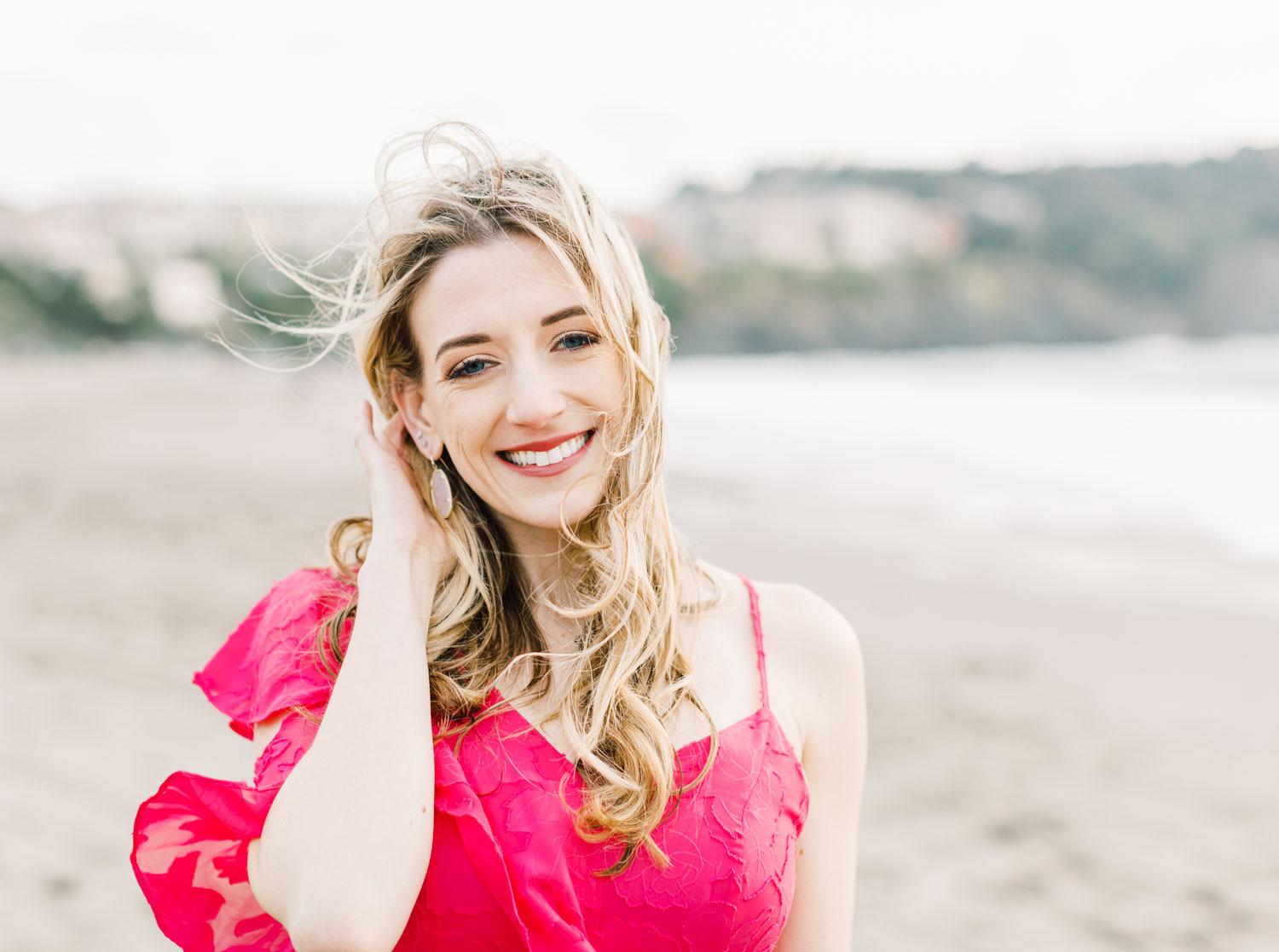 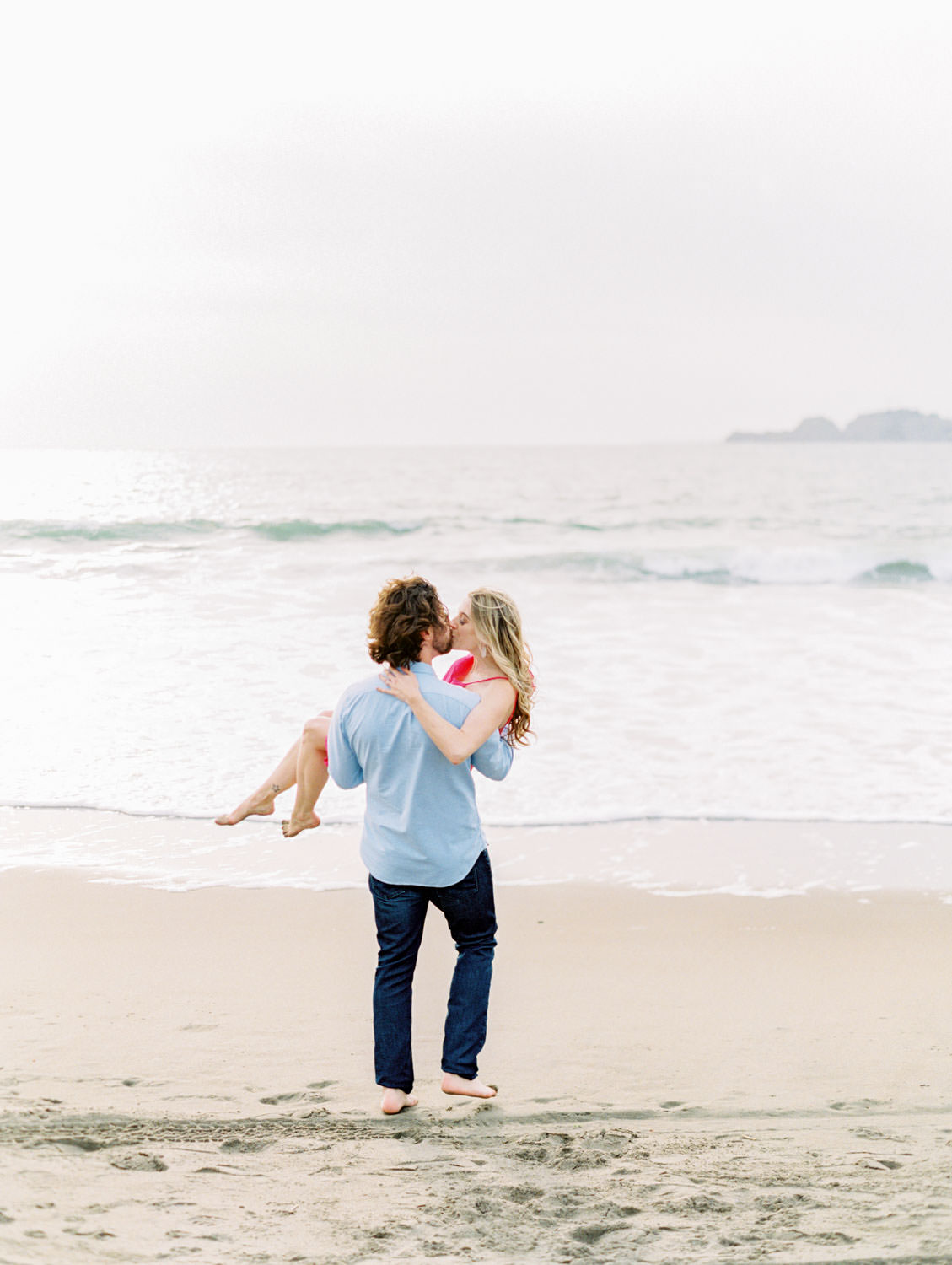 Stay tuned for Marika and James’ wedding at the Lodge at Torrey Pines this August with Aster and Park. I can’t wait to photograph their gorgeous day! 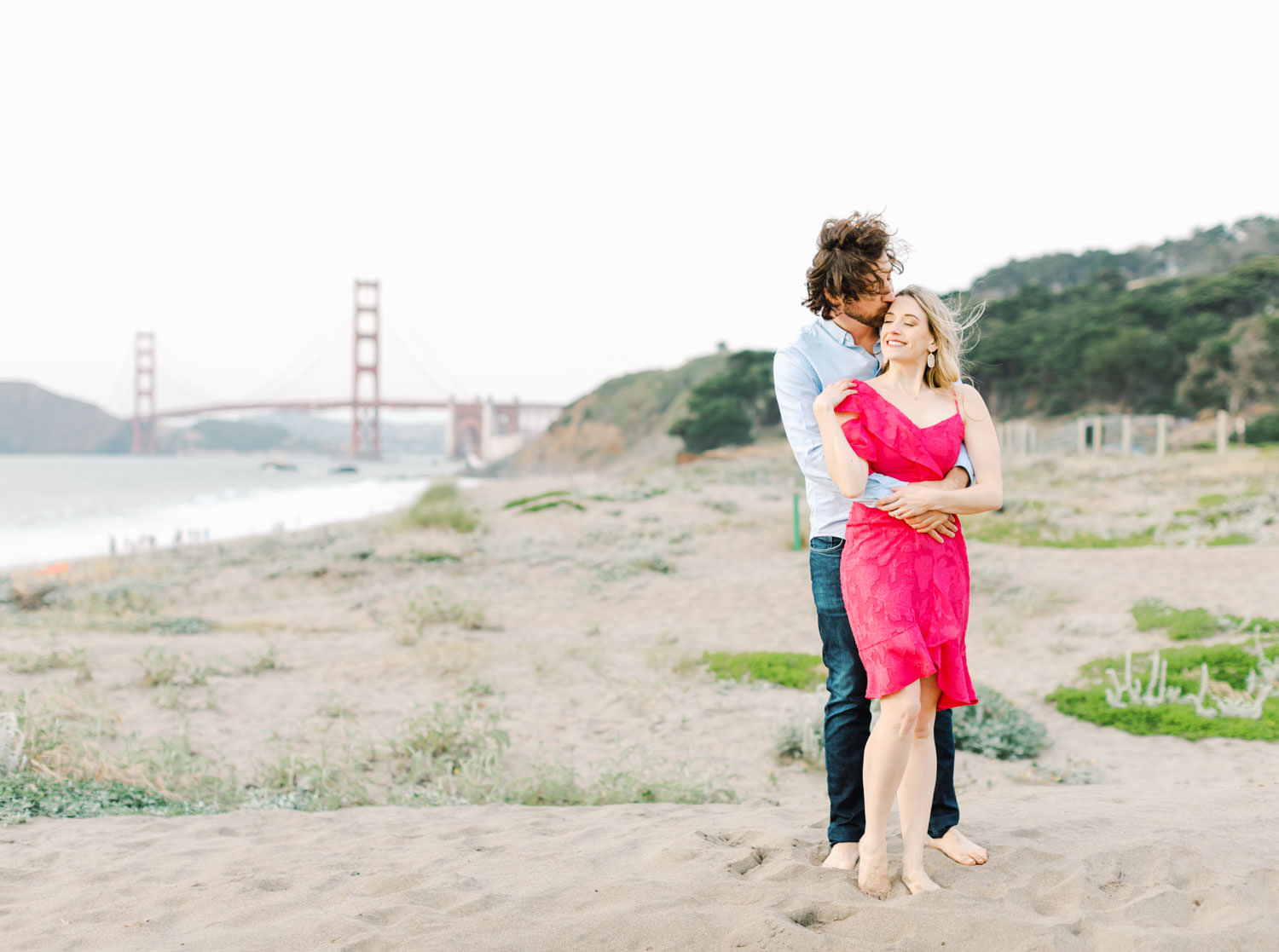 As Marika’s grandmother, I am so happy for Marika and James. The photos are great!