Erin and Travis eloped in San Diego before hosting their reception at The Pendry in downtown San Diego. If you haven’t yet seen the Pendry in-person, it is absolutely worth a visit. They have several restaurants that are all uniquely and beautifully designed. The hotel features gorgeous modern architecture with tall ceilings and light and airy color palettes. I think it’s exquisite, to say the least. 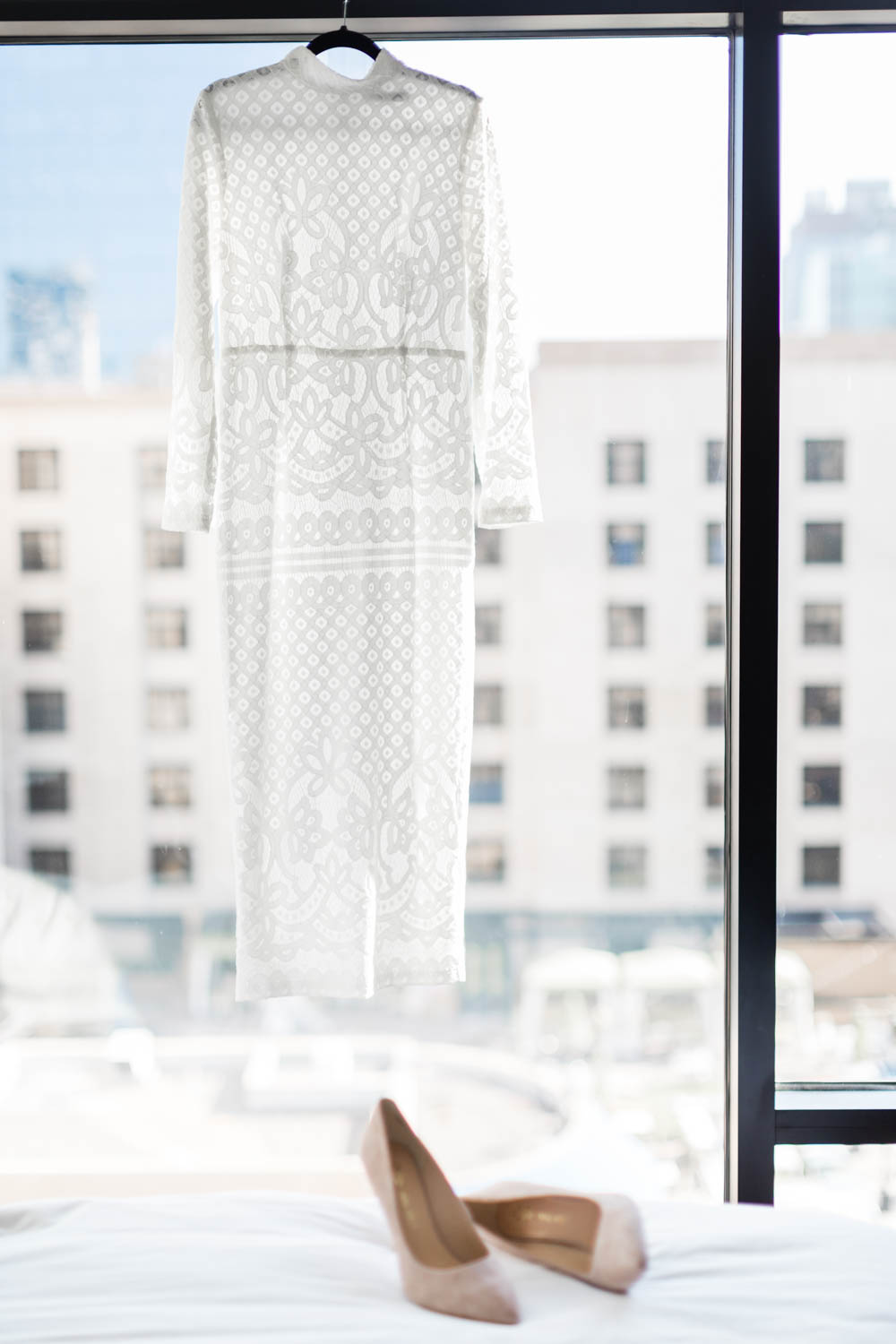 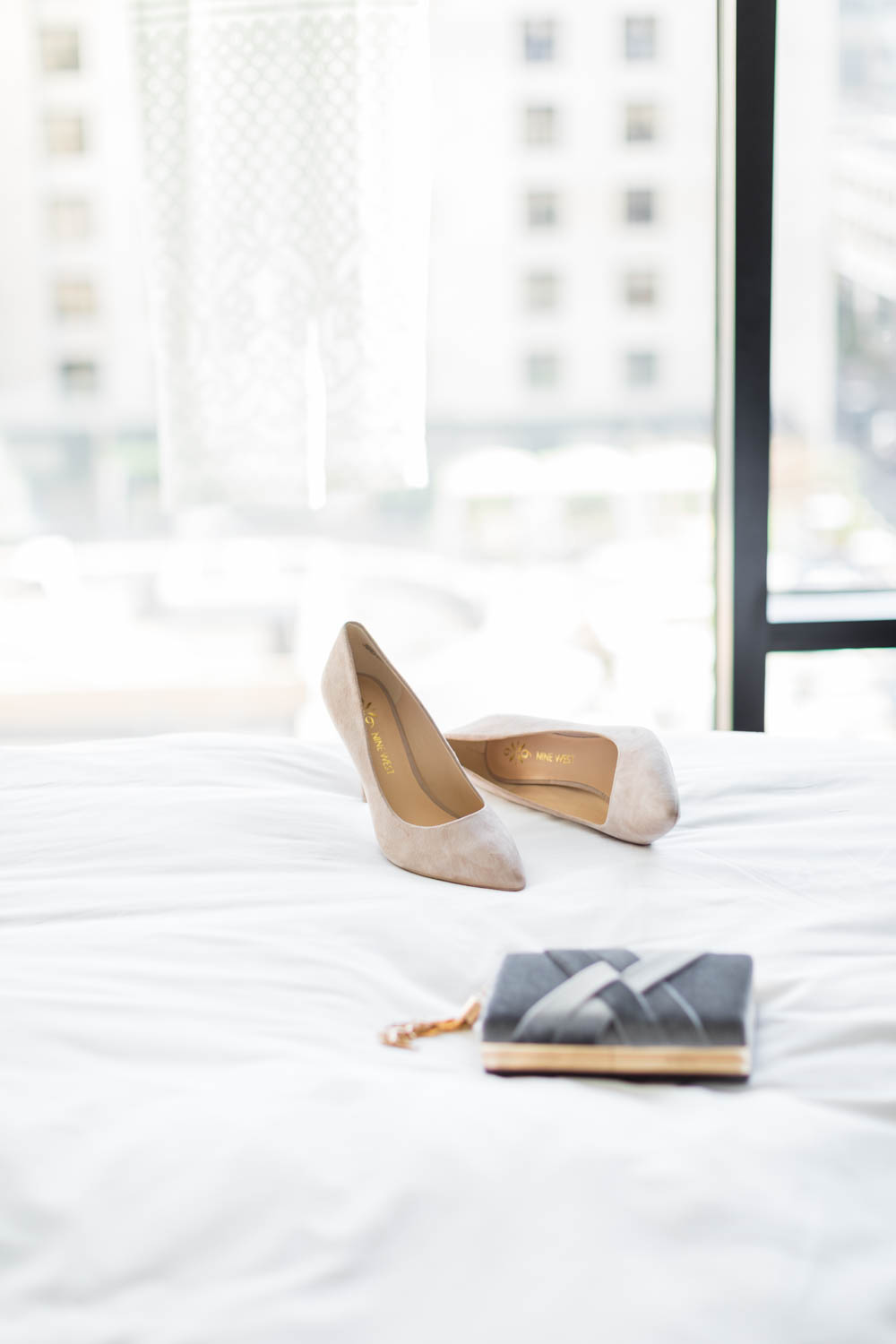 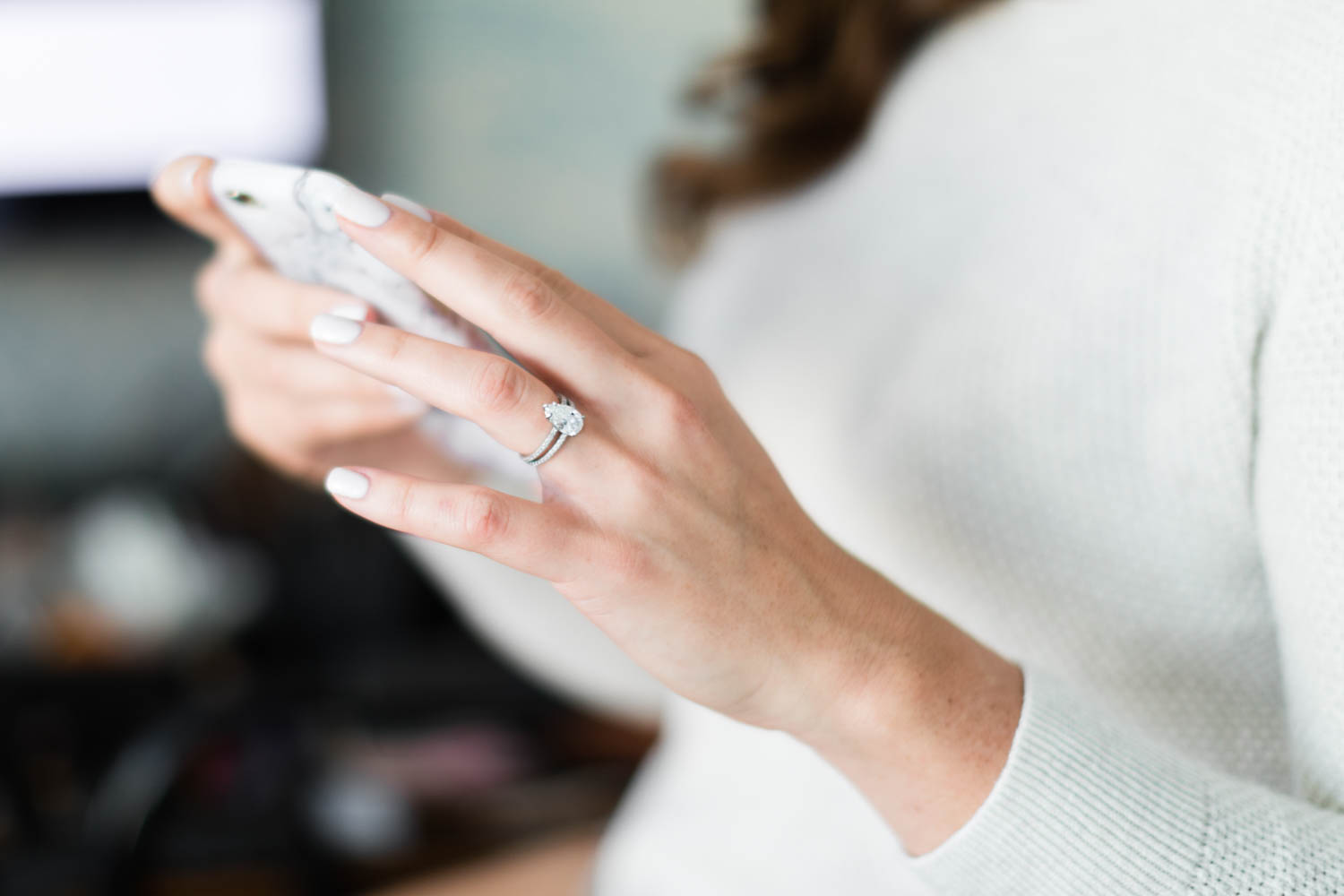 The ladies of A Toast to Beauty gave Erin a sleek bridal look with soft curls and just enough eye makeup to make a statement. It paired perfectly with her chic white midi dress and gray clutch. Her entire outfit was neutral heaven! 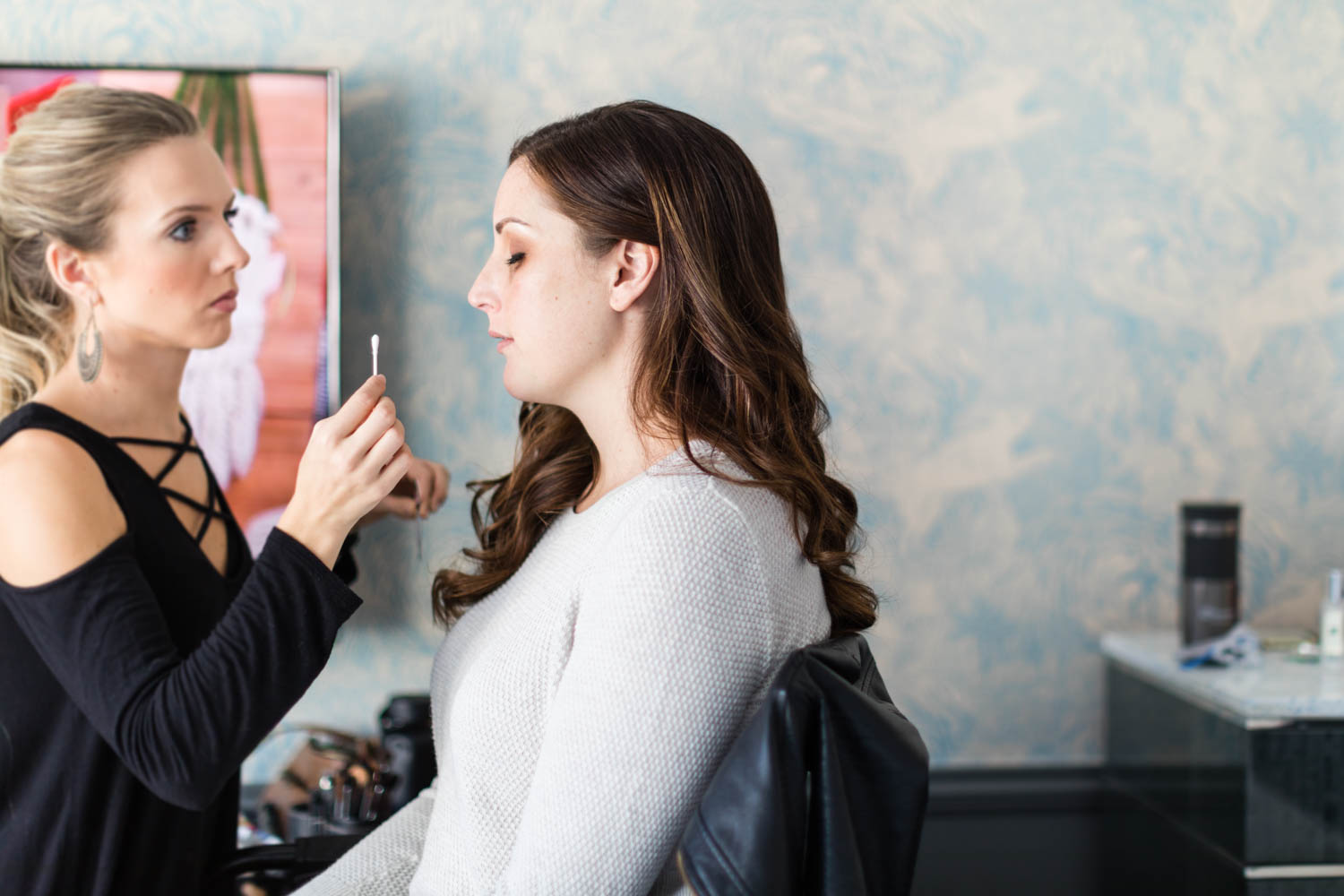 Travis donned a classic suit and quickly won me over with his excitable attitude toward photos. It’s not all the time that you have a groom so thrilled and easy going during solo portraits. Travis certainly rocked his before the first look began. 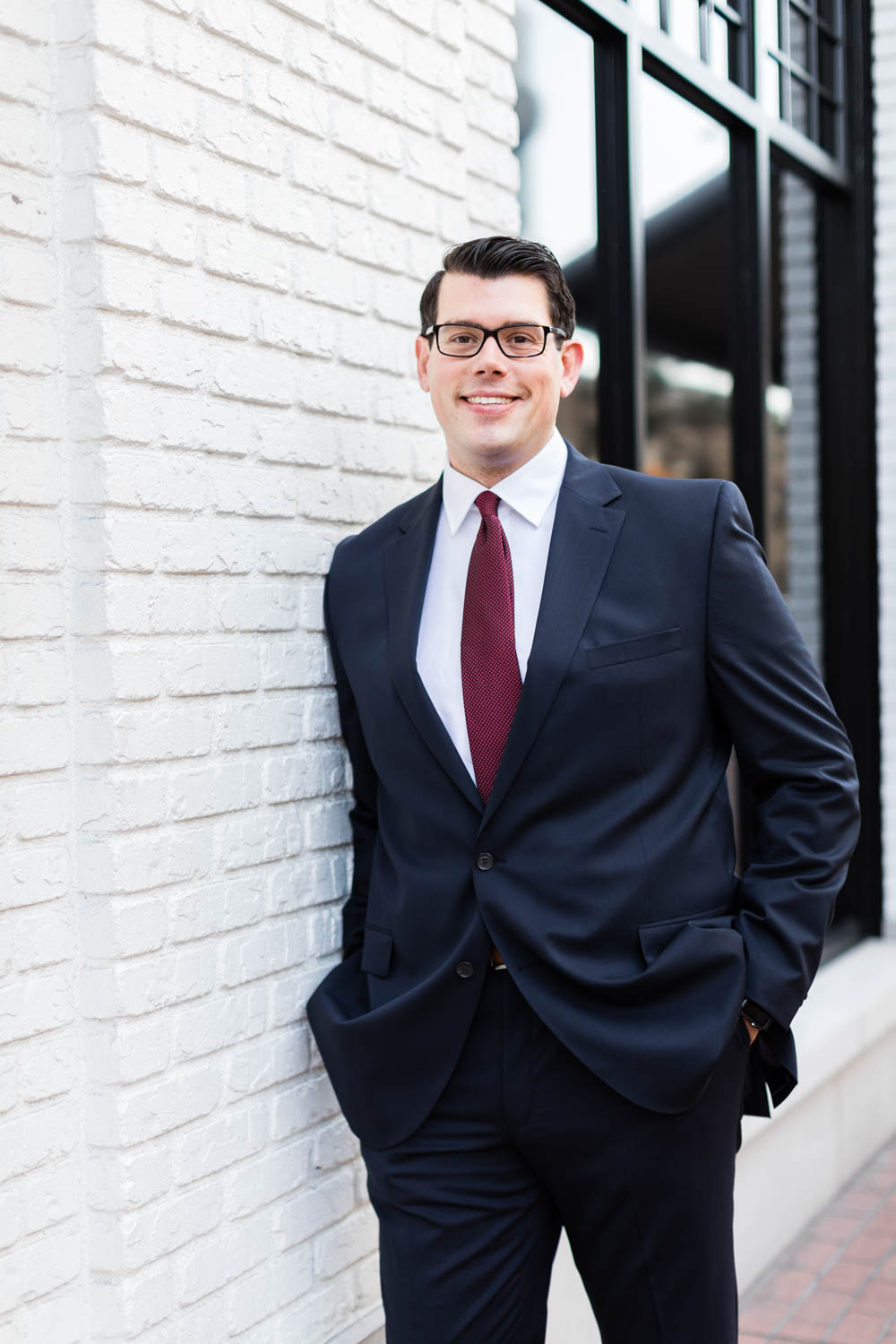 Speaking of the first look, it took place in the ultra swanky lobby of the Pendry. The staff decorated the lobby with a stunning white tree and a greenery runner on the fireplace. Can I hire these people for my own home? 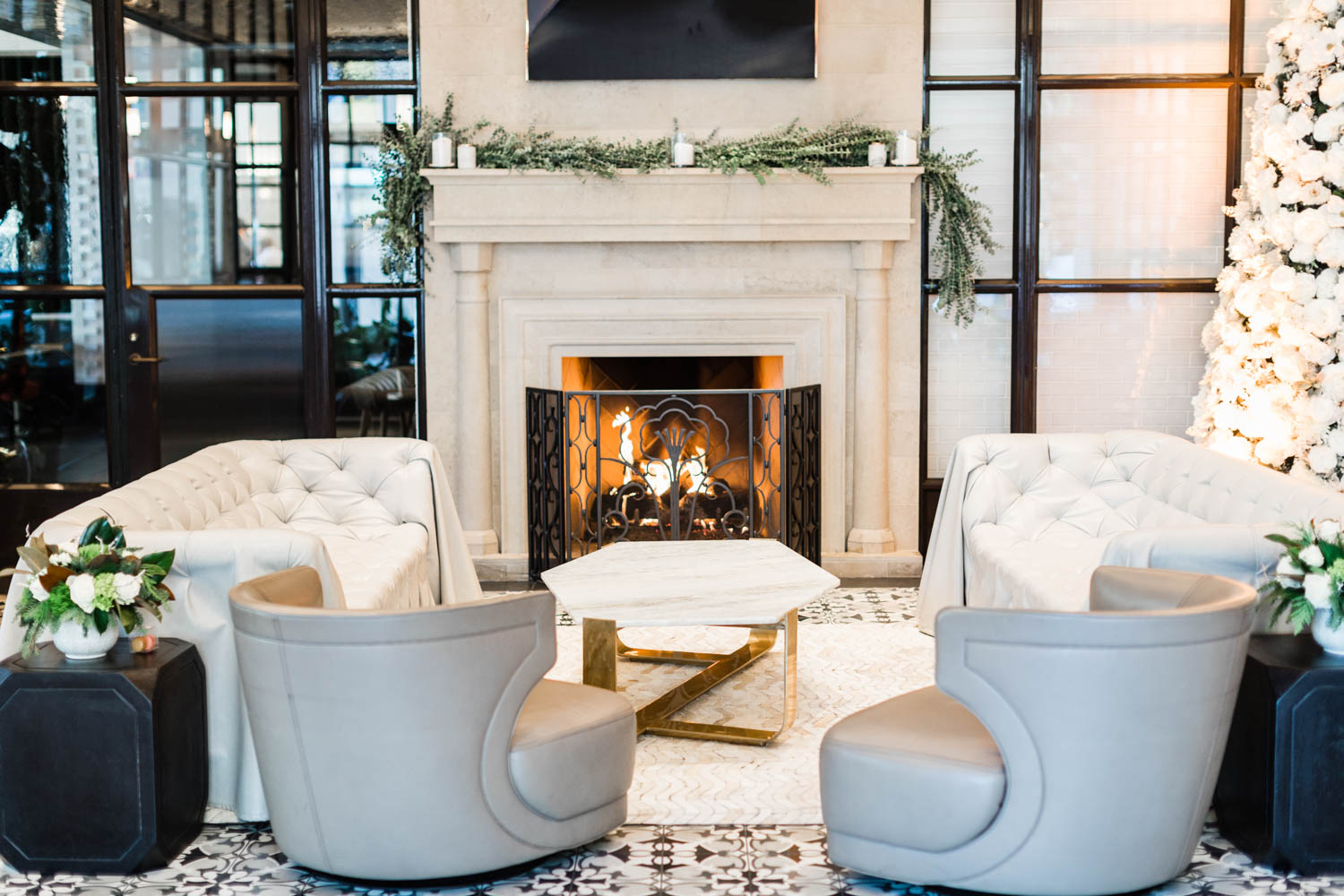 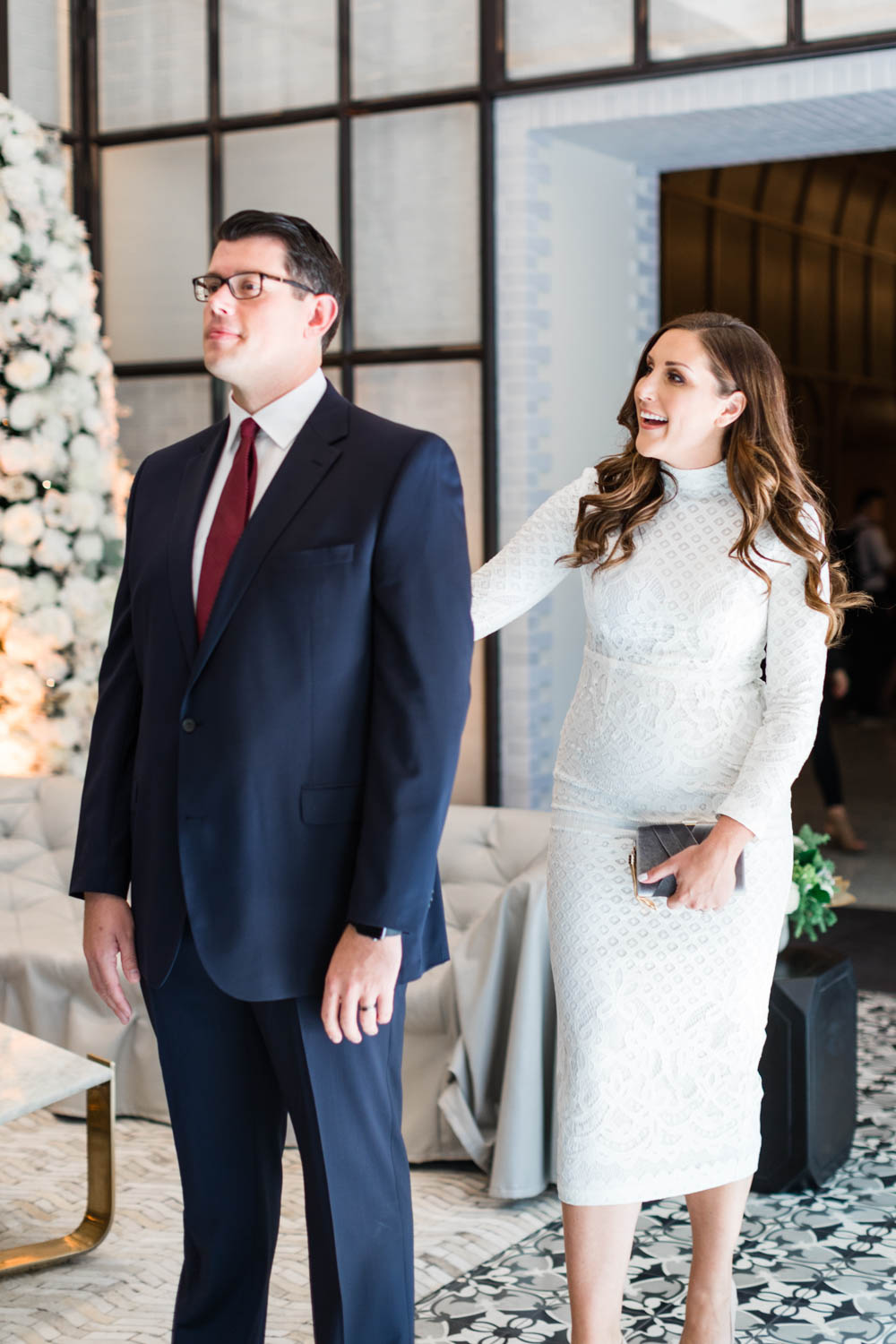 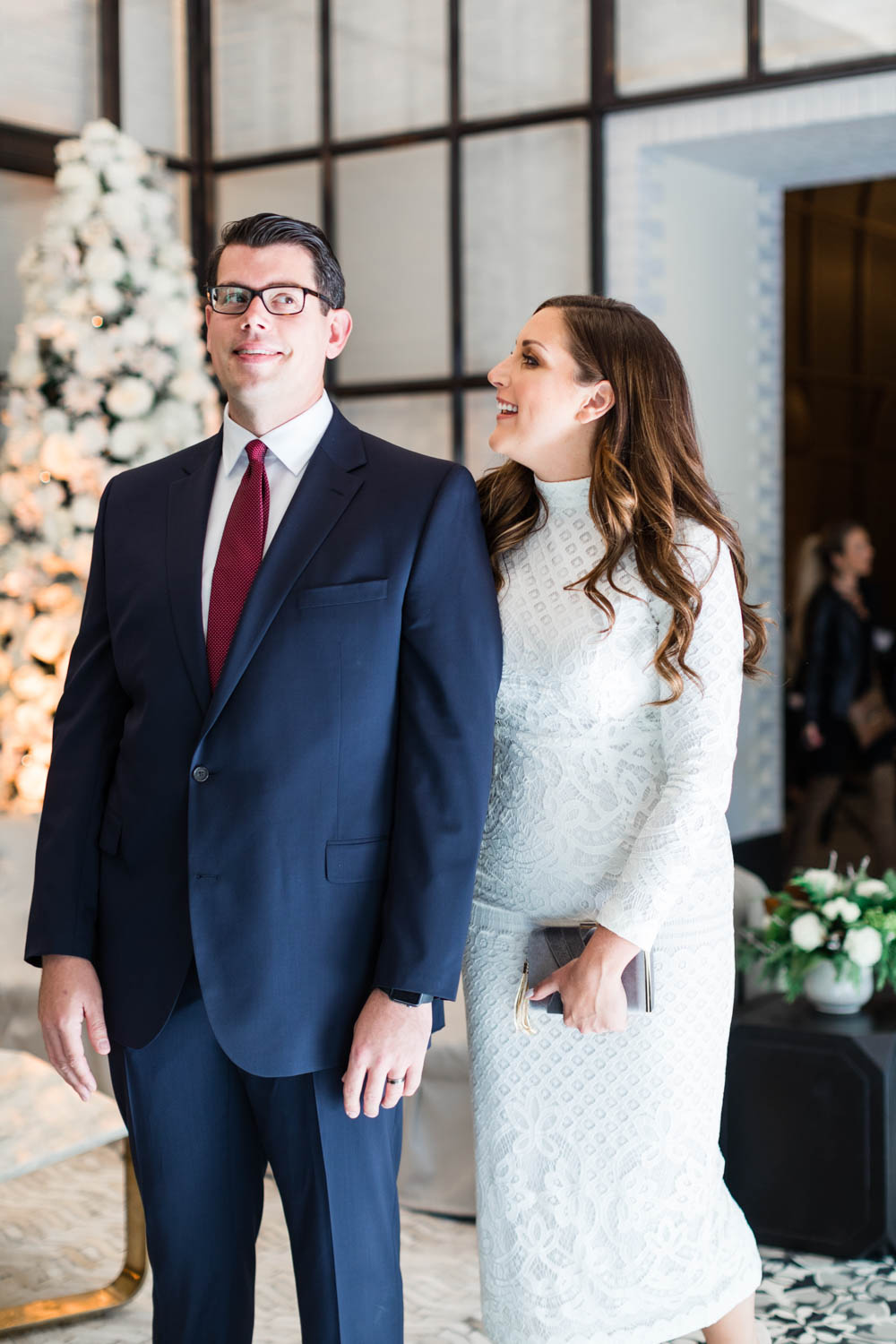 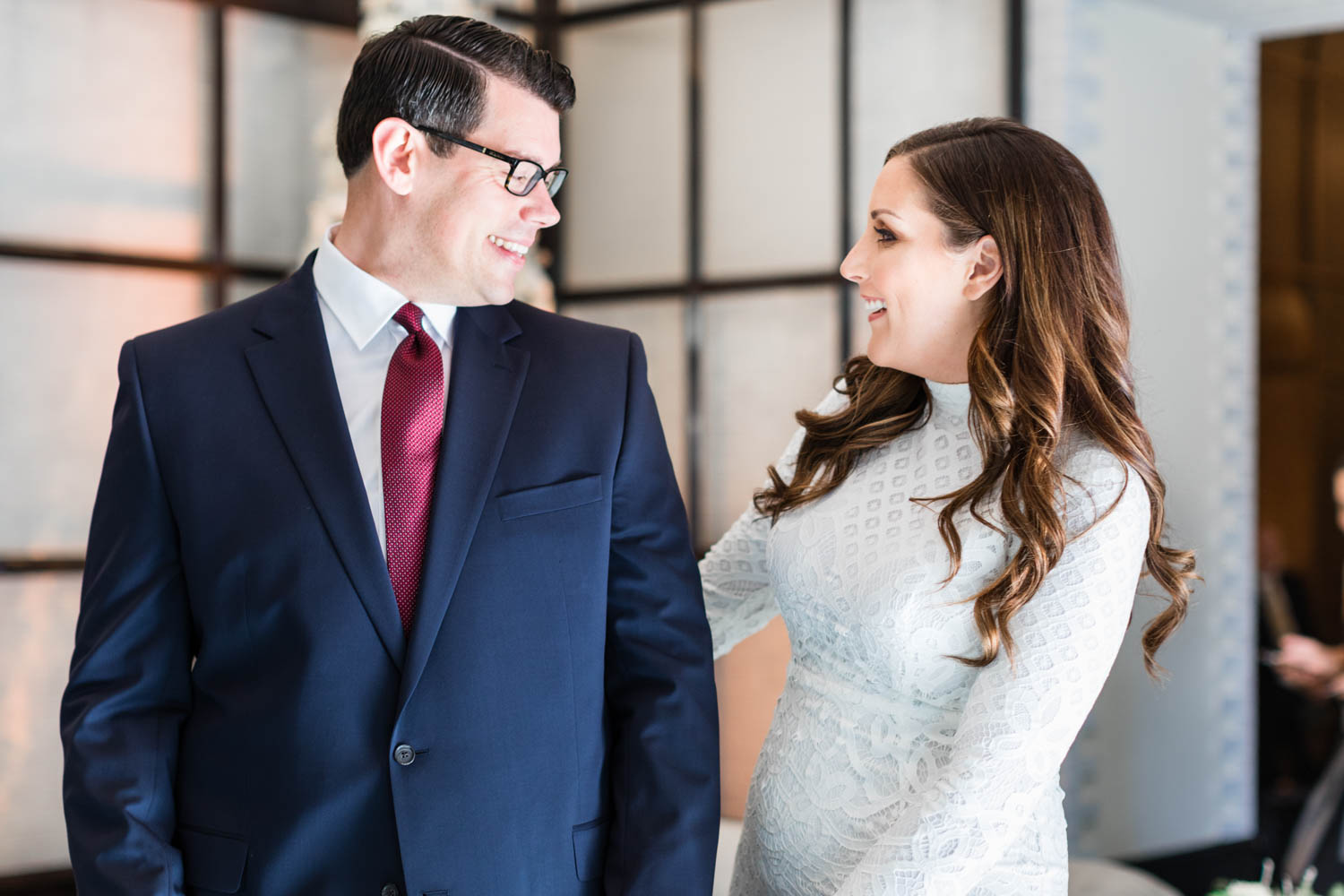 After the first look, I photographed the couple inside the lobby to take advantage of the beautiful winter decorations. We also had just enough time to explore the outside of The Pendry, which still had soft morning light. It was so dreamy! 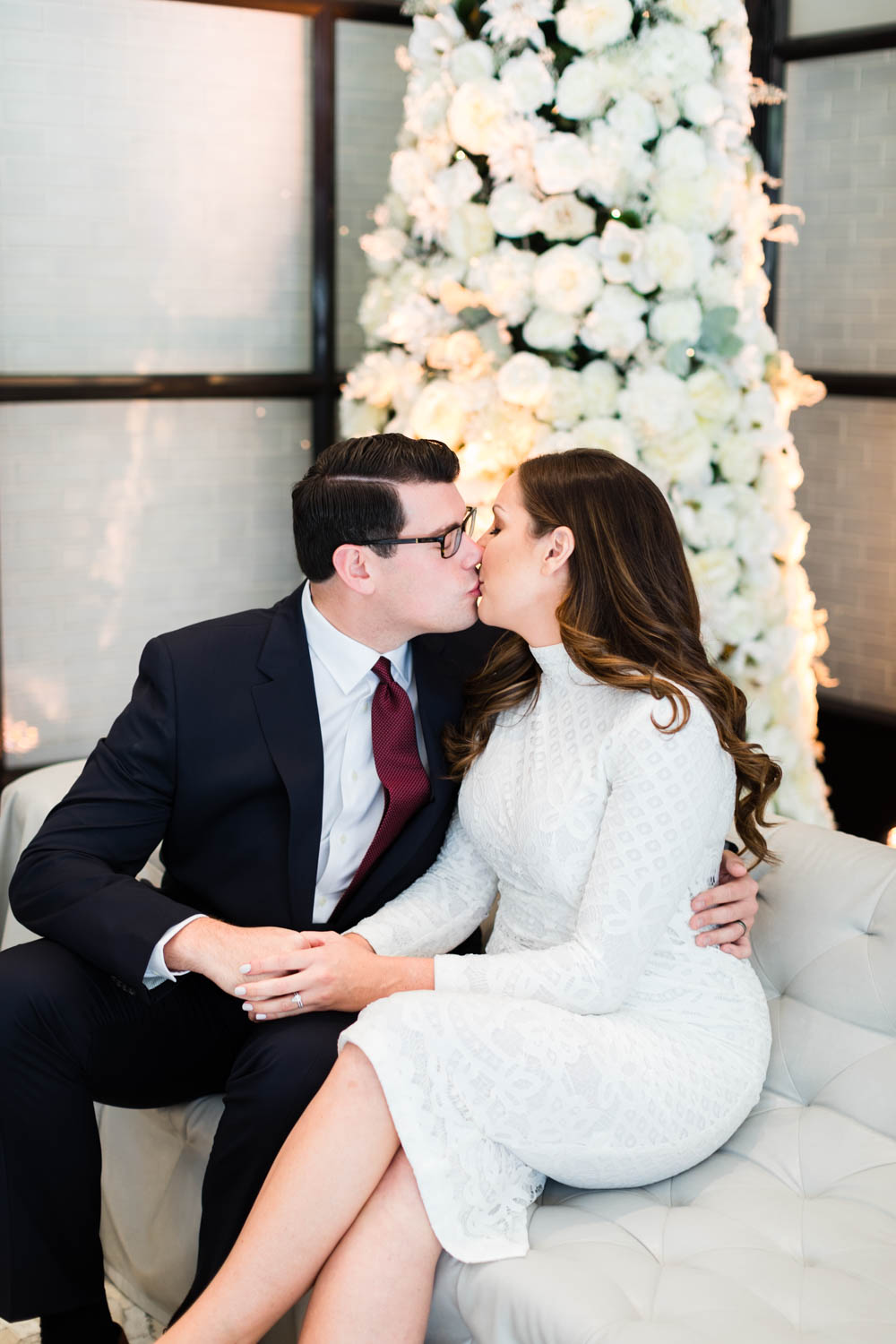 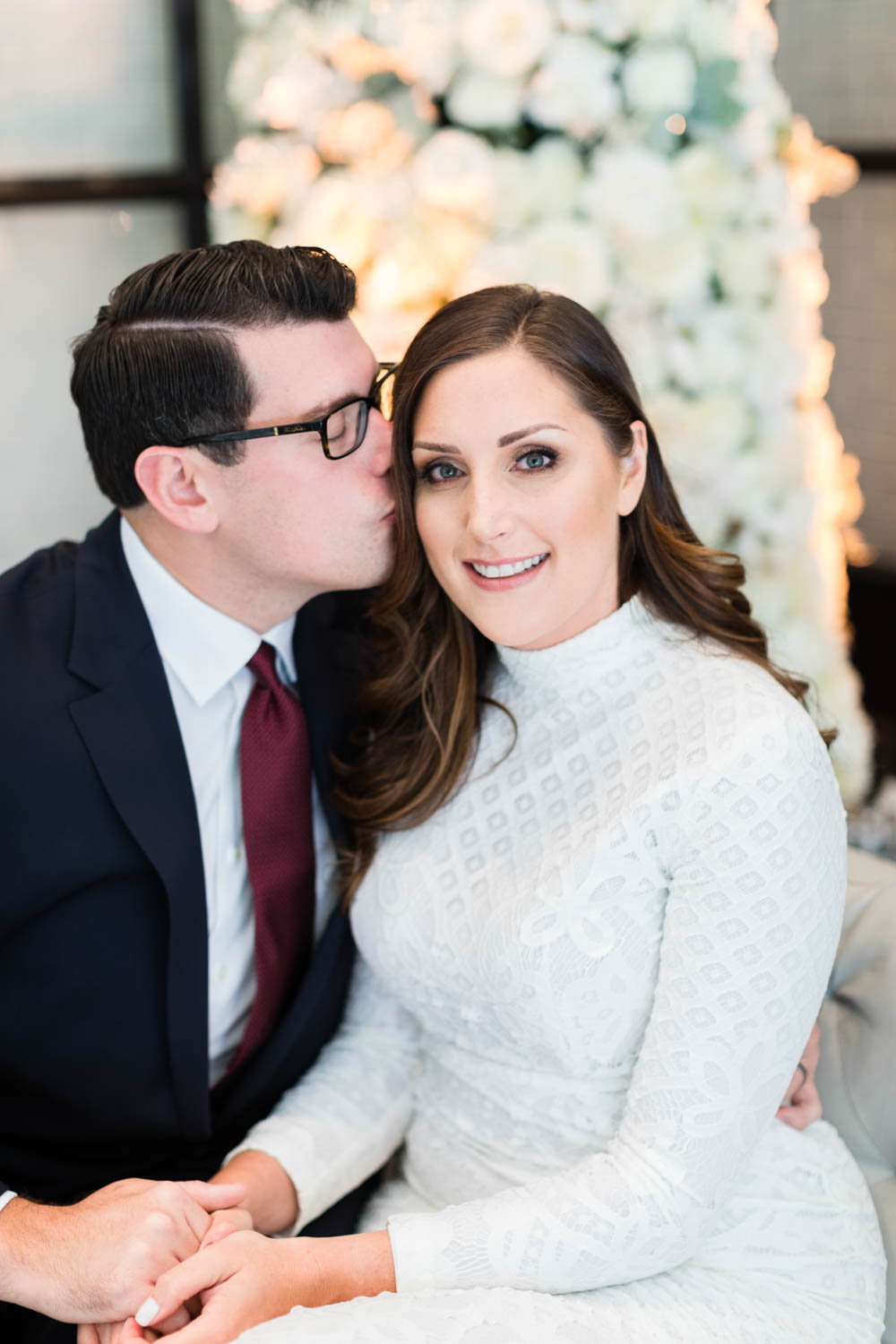 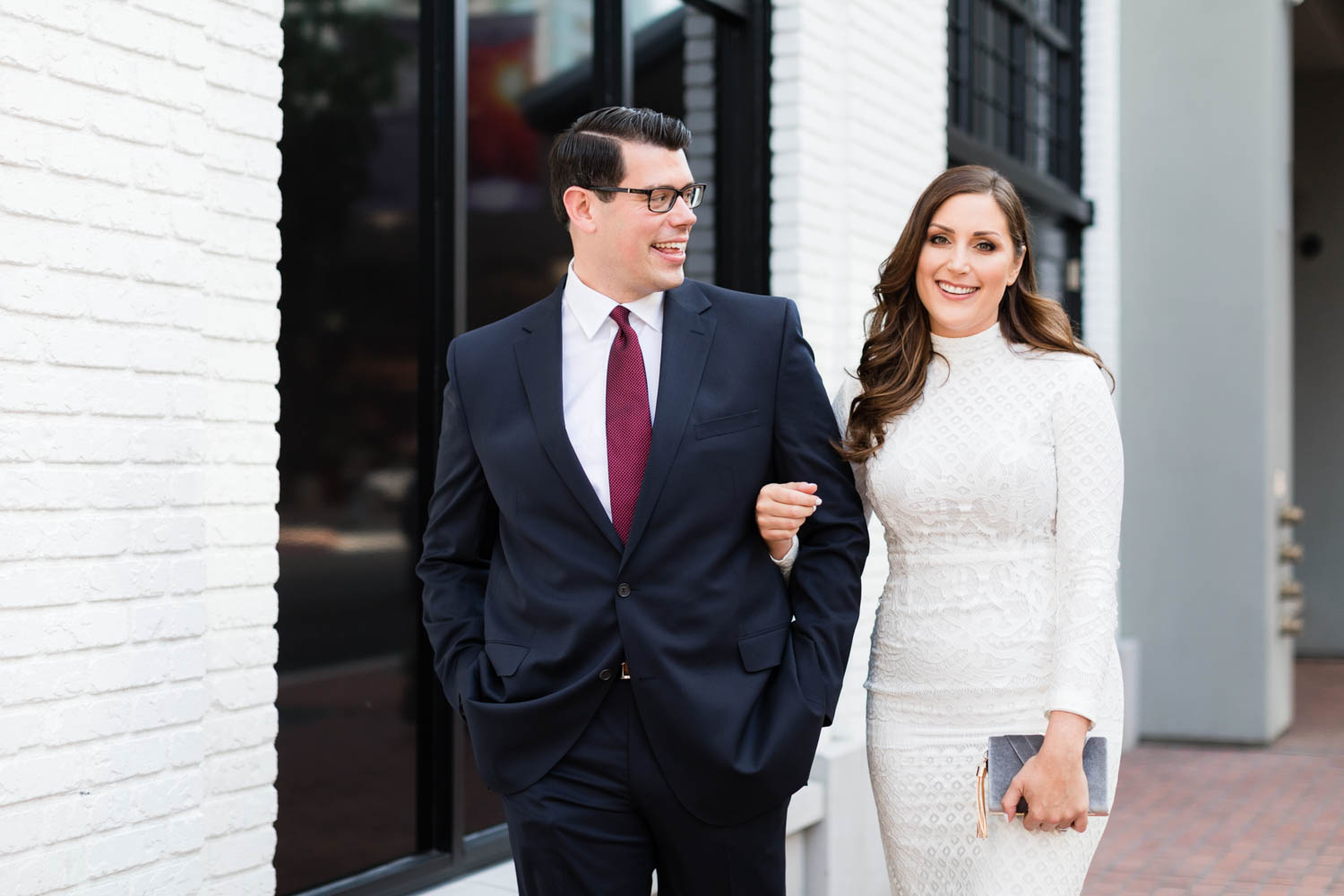 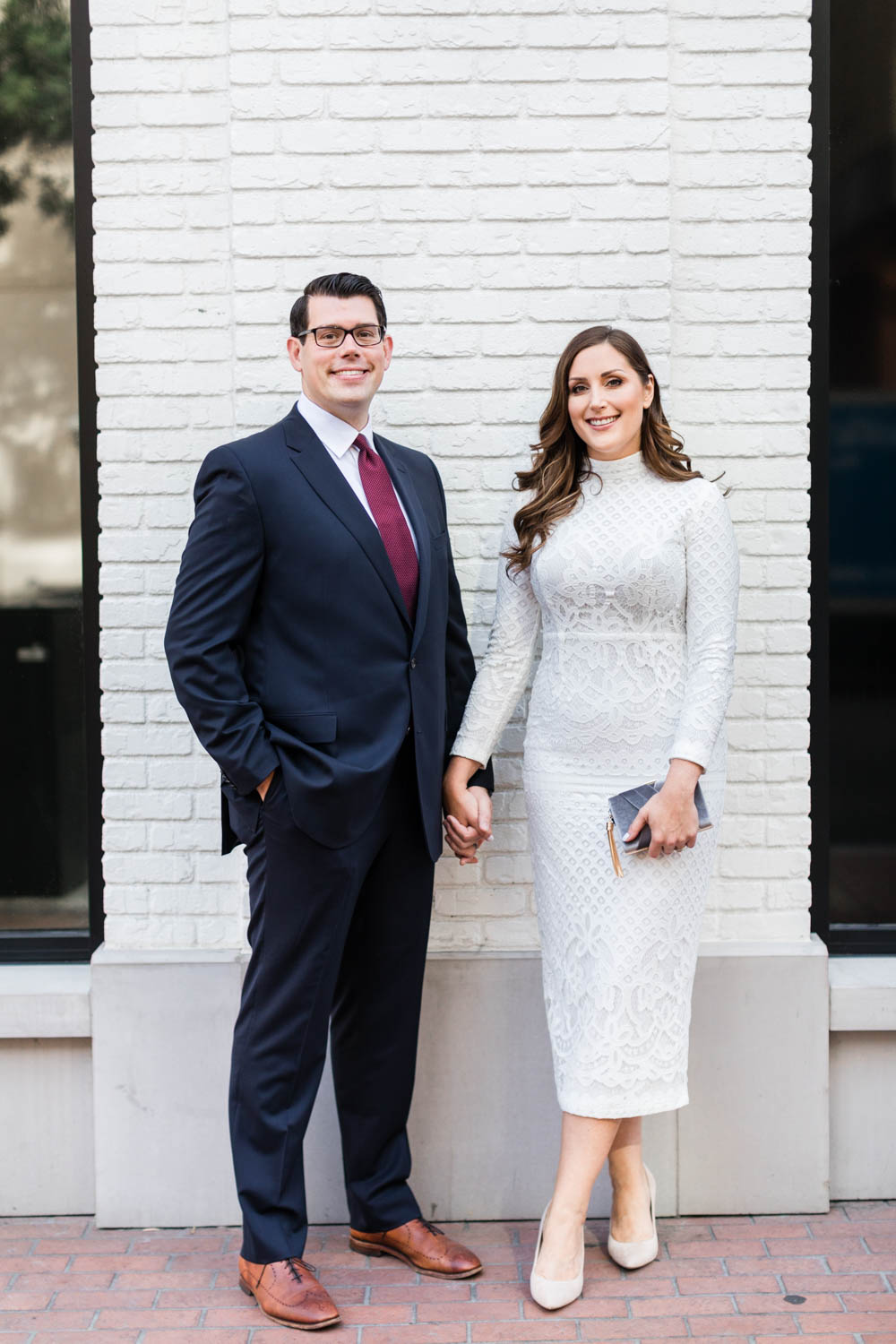 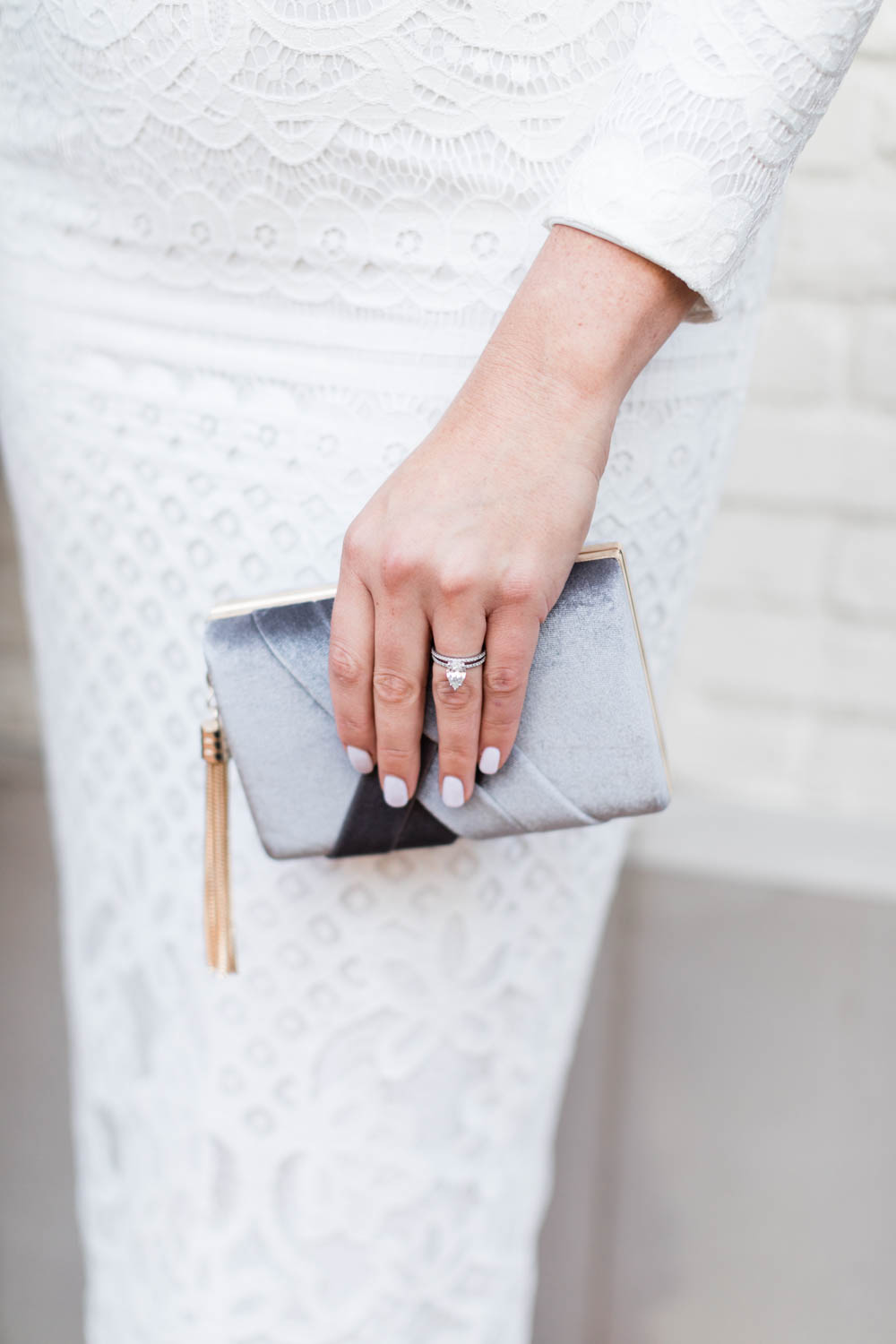 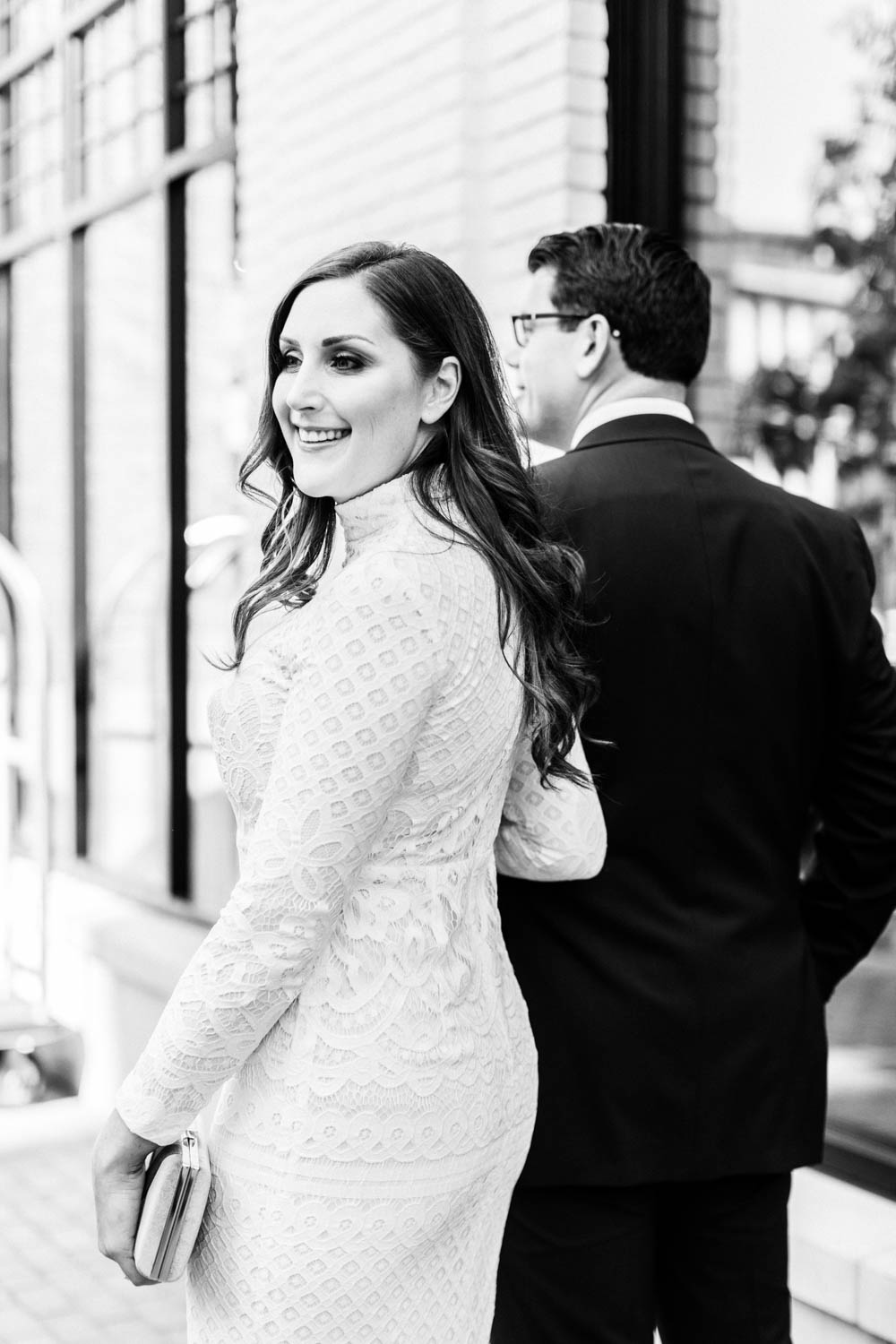 Travis and Erin’s closest friends and family arrived for a brunch reception at Provisional, one of The Pendry’s many restaurants. Guests enjoyed mimosas, flatbreads, fruit, and other delicious brunch foods. 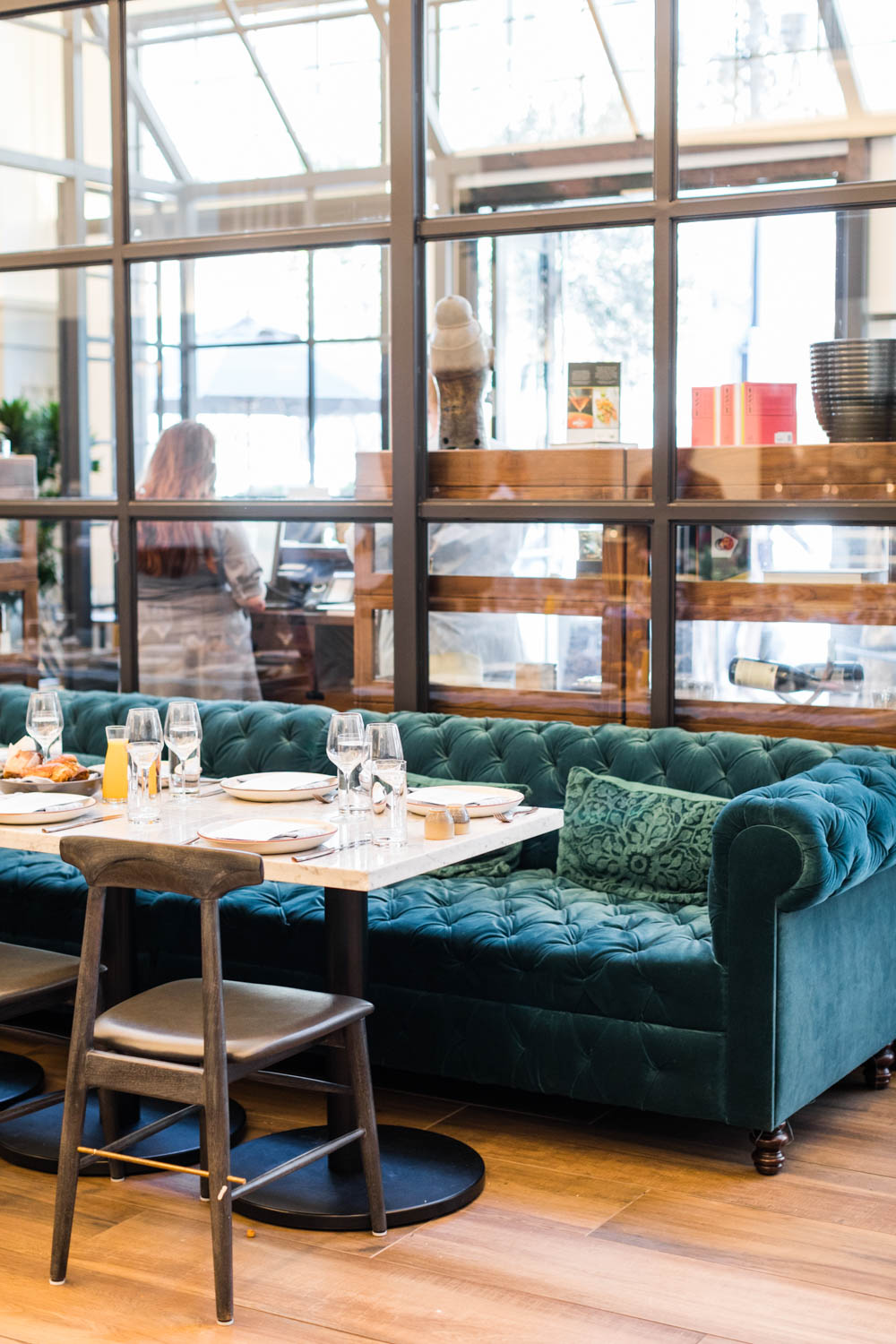 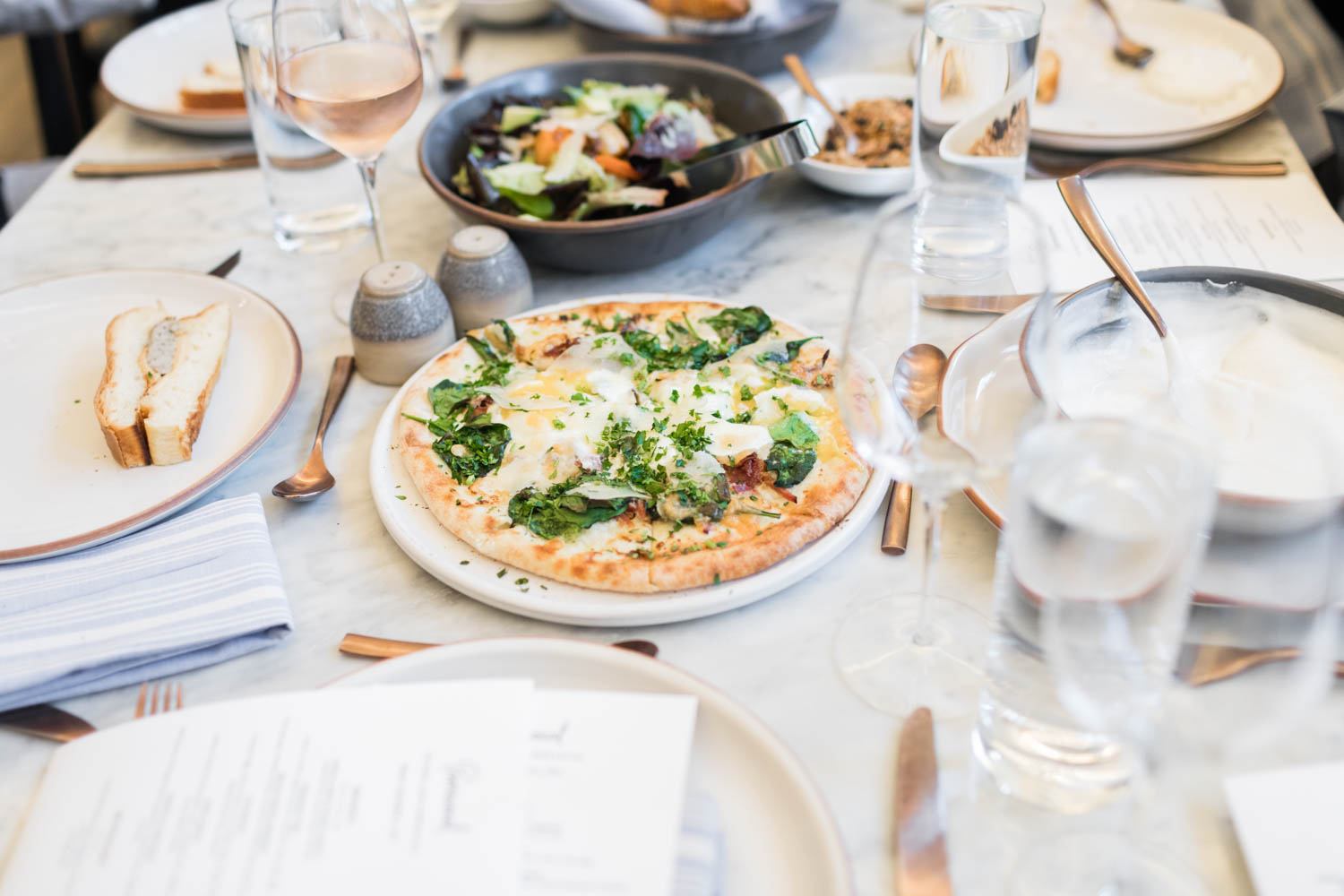 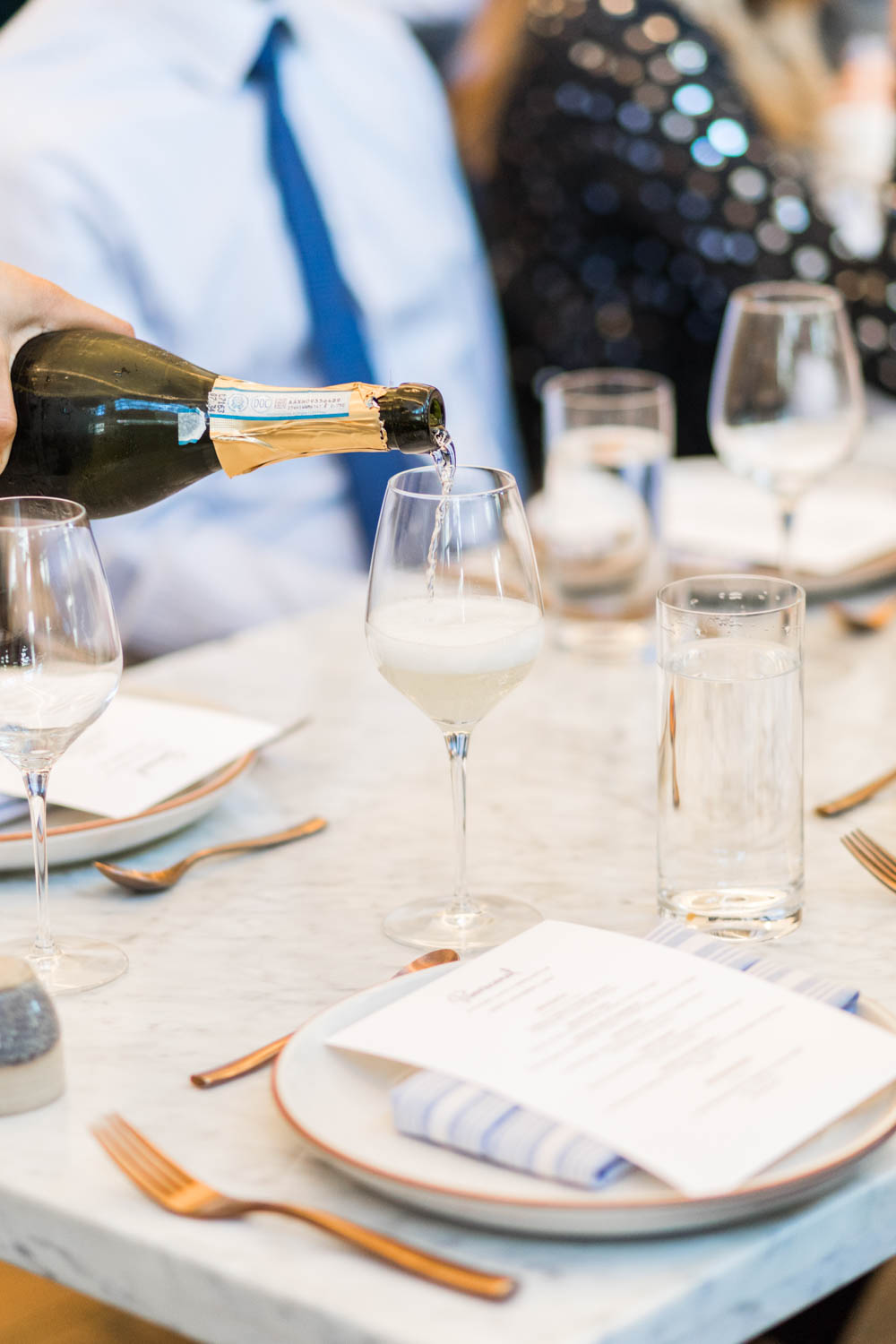 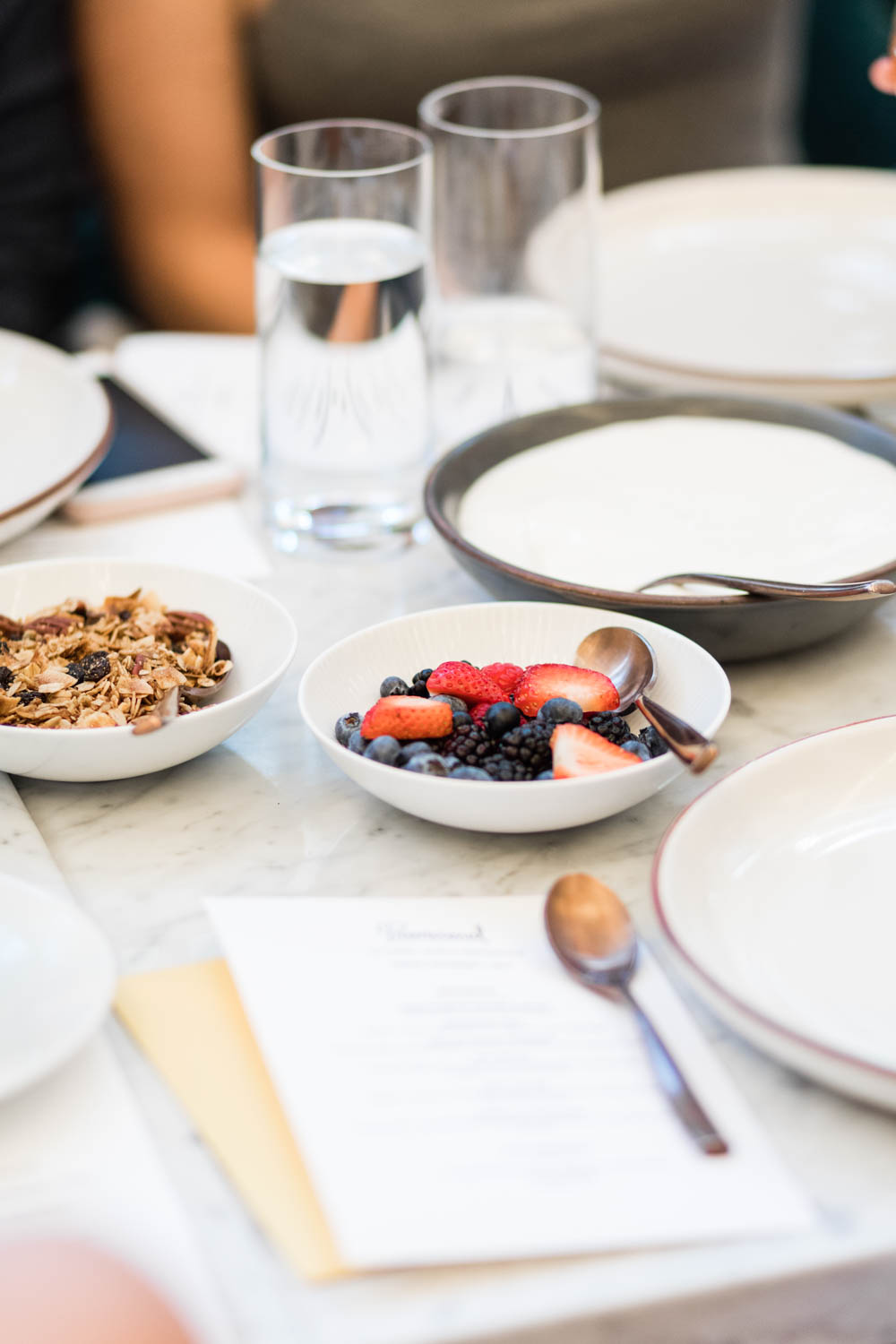 Congratulations Erin and Travis. It was absolutely wonderful working with the two of you. I wish you the best of luck in your careers and the happiest of marriages. Thank you again for having me be a part of your reception at the Pendry. You hosted such a beautiful celebration!