Alyssa and Julio’s Coronado Island engagement photos took place on a gorgeous clear day in February. They are working with Ever After Events for their wedding at L’Auberge Del Mar later this year. I couldn’t be more excited to be photographing their day! 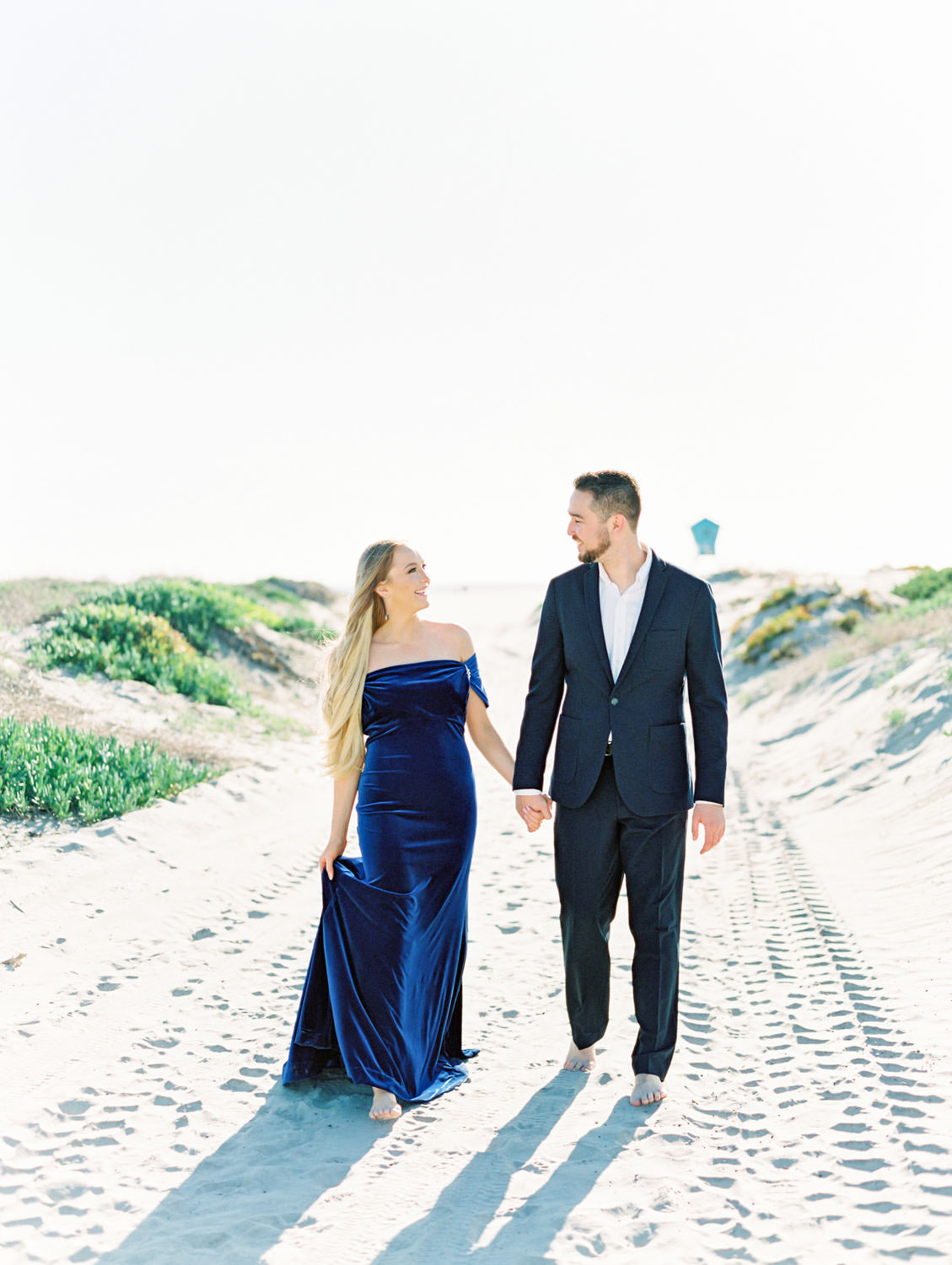 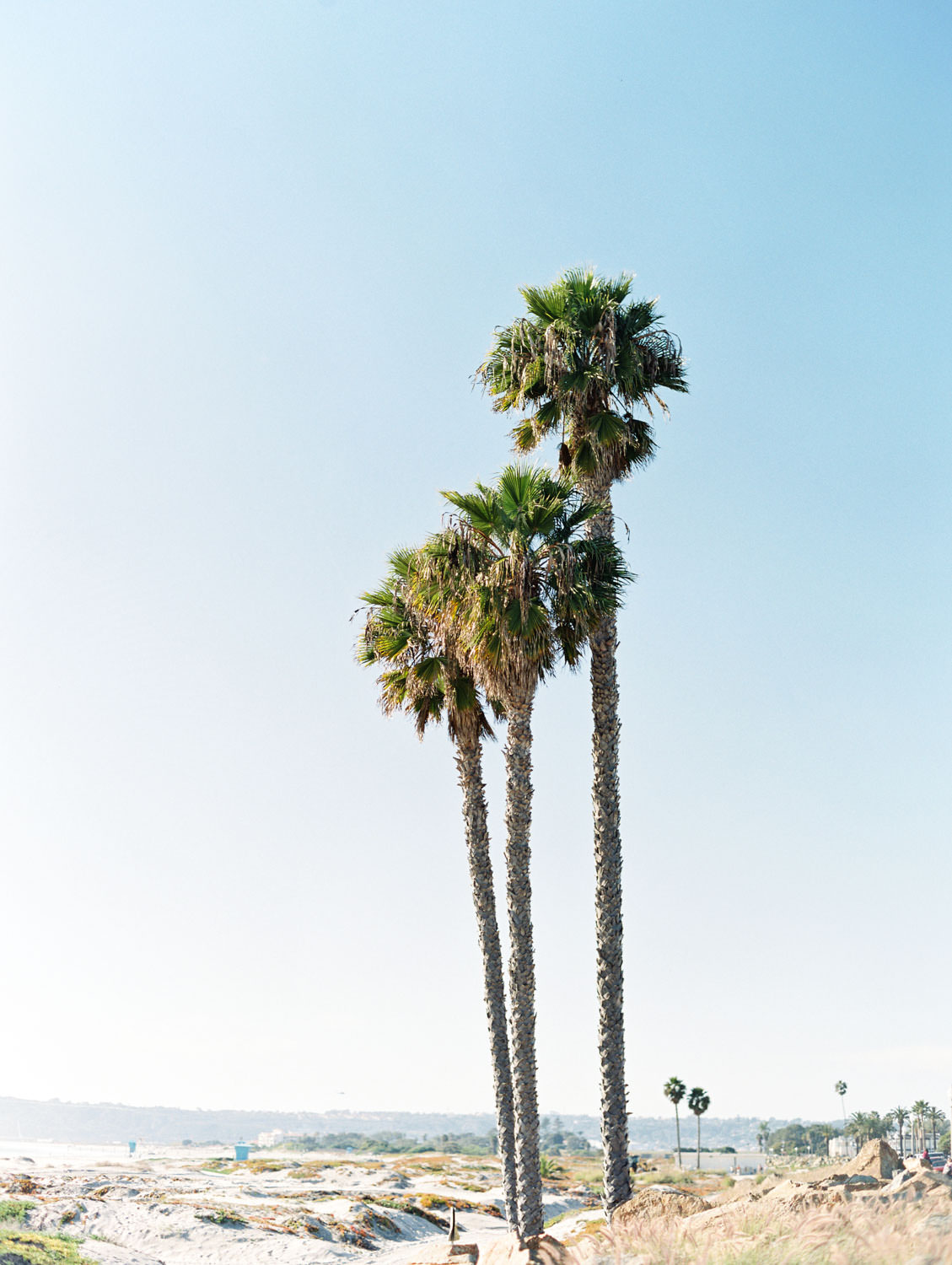 We began in the sand dunes, which looked so pristine and elegant. Alyssa wore a beautiful velvet gown that belonged to her mother. It’s blue tone was striking and rich in romance and texture. To complement the dress, Julio donned a classic suit. Don’t let their formal attire fool you into thinking these two aren’t incredibly fun. Alyssa and Julio came prepared with white smoke bombs to add a touch of edgy playfulness to their photos. It was such a cool idea that even the seagulls at one point tried to investigate what we were doing. 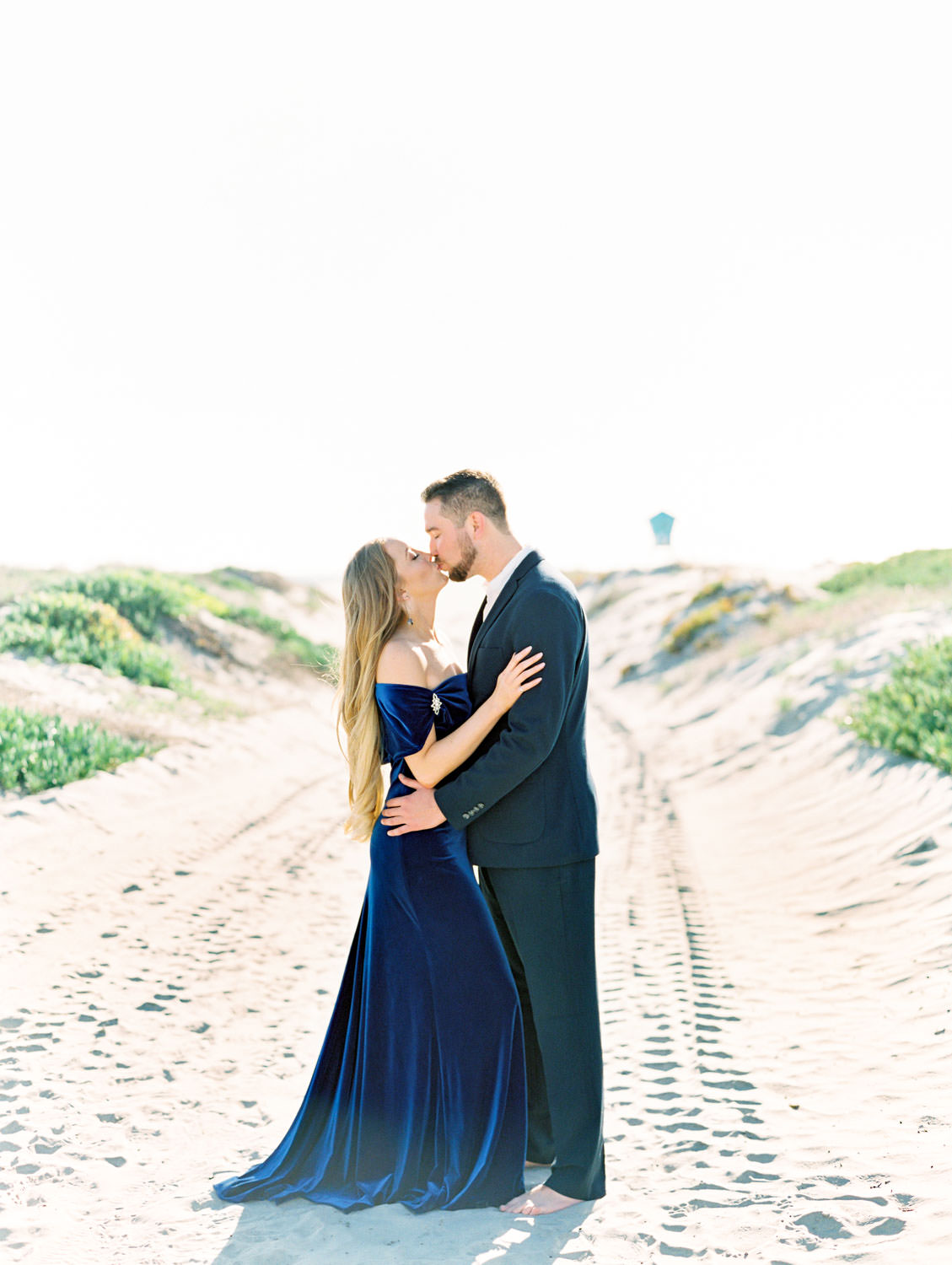 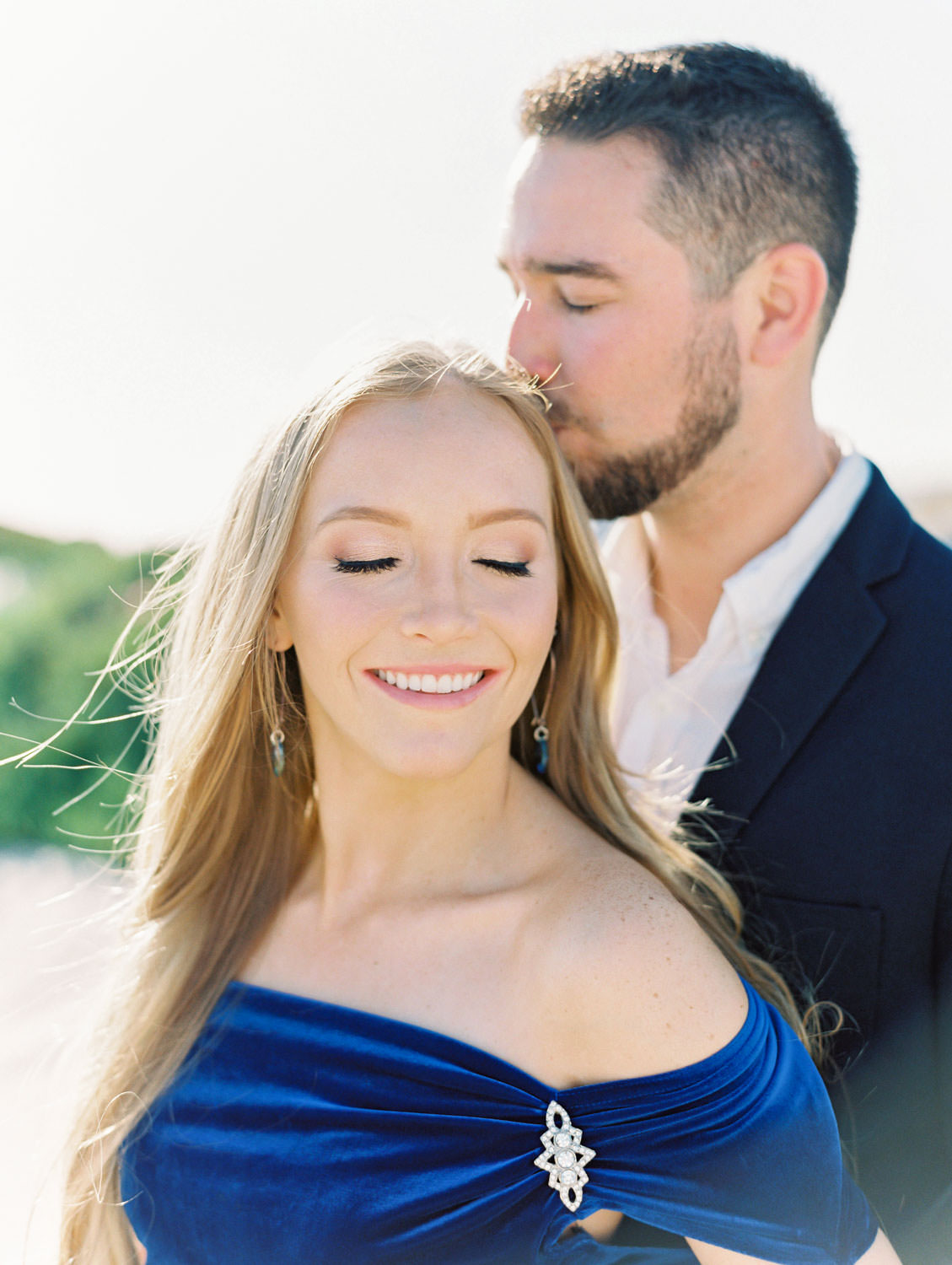 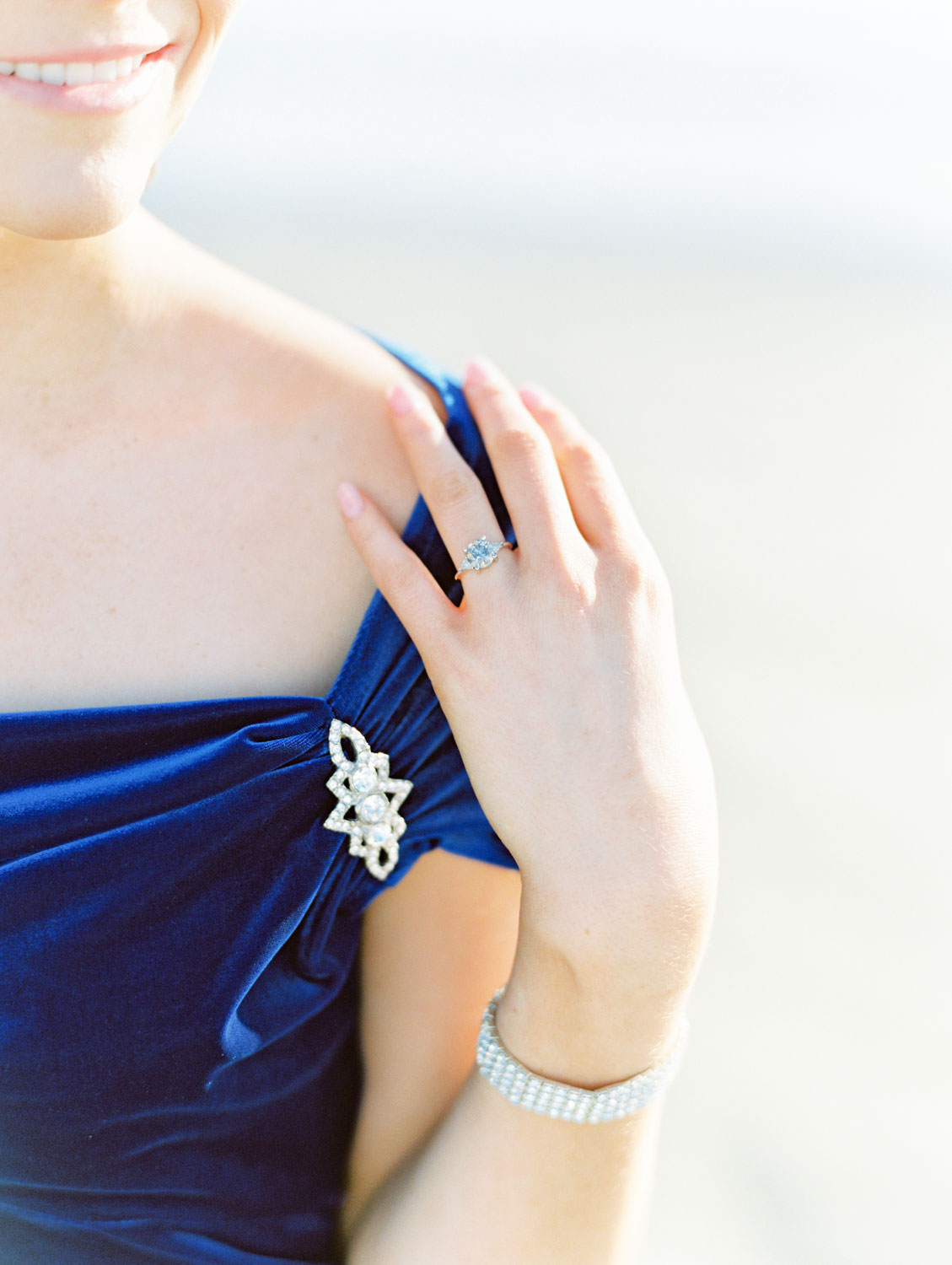 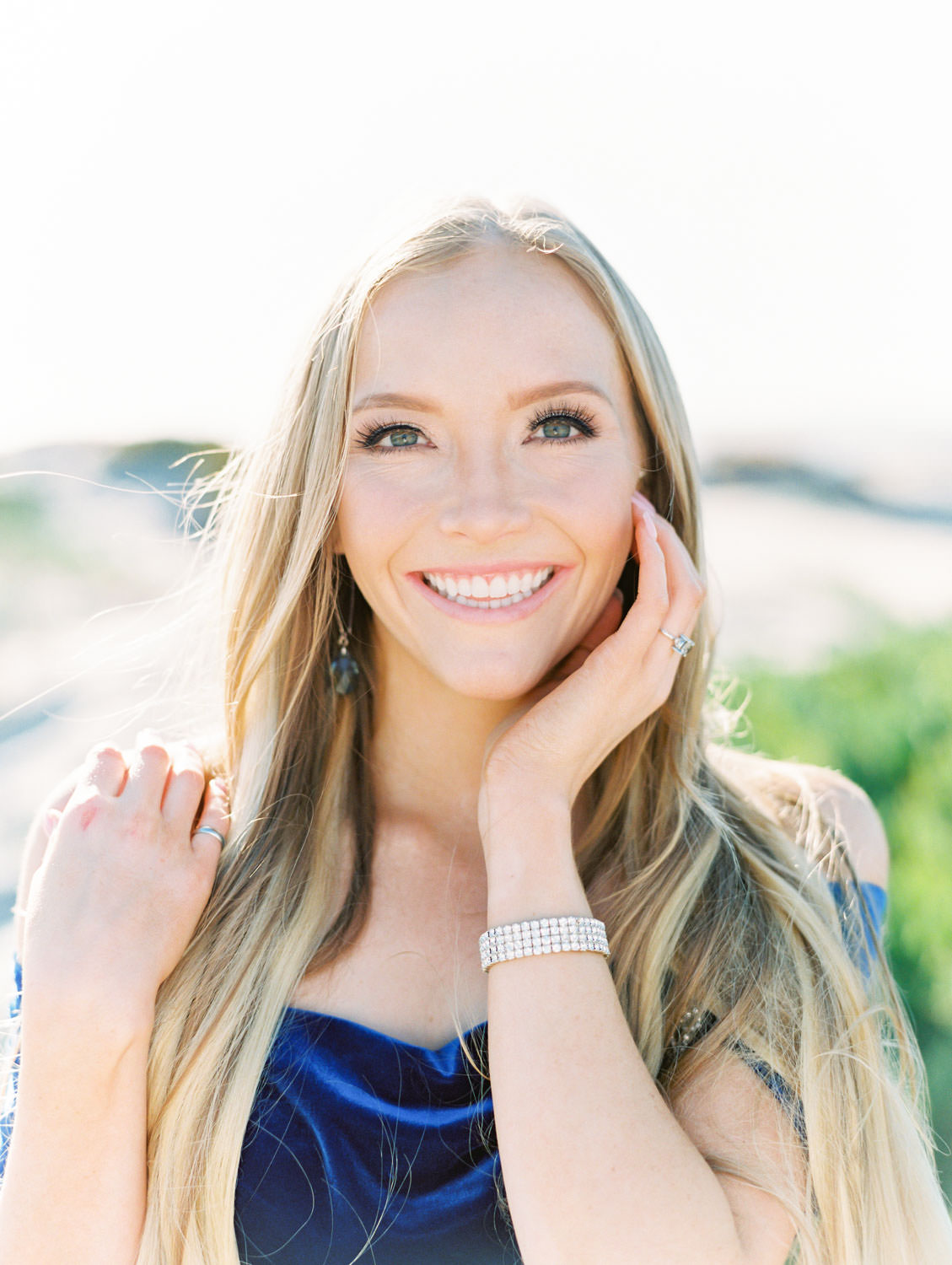 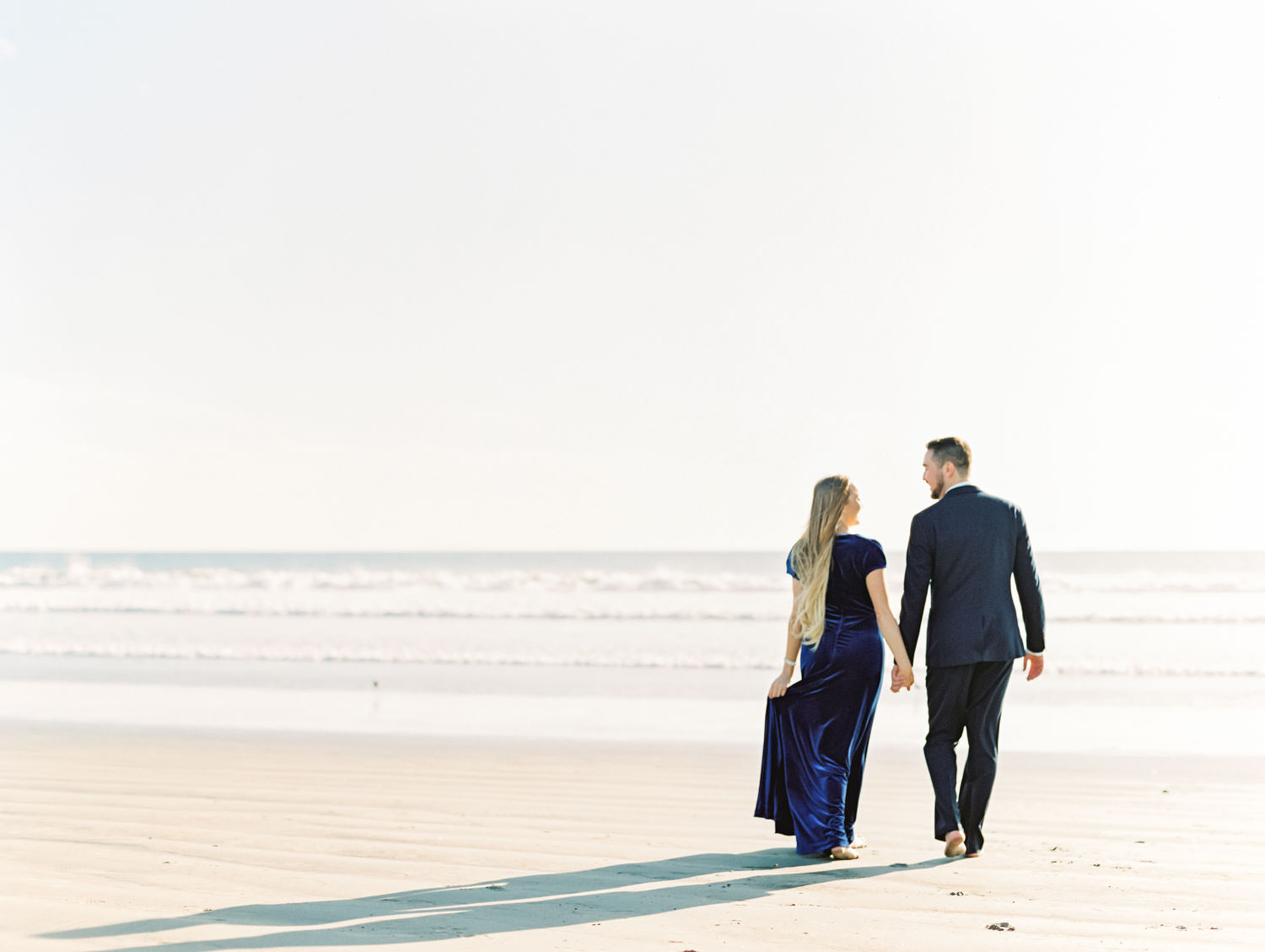 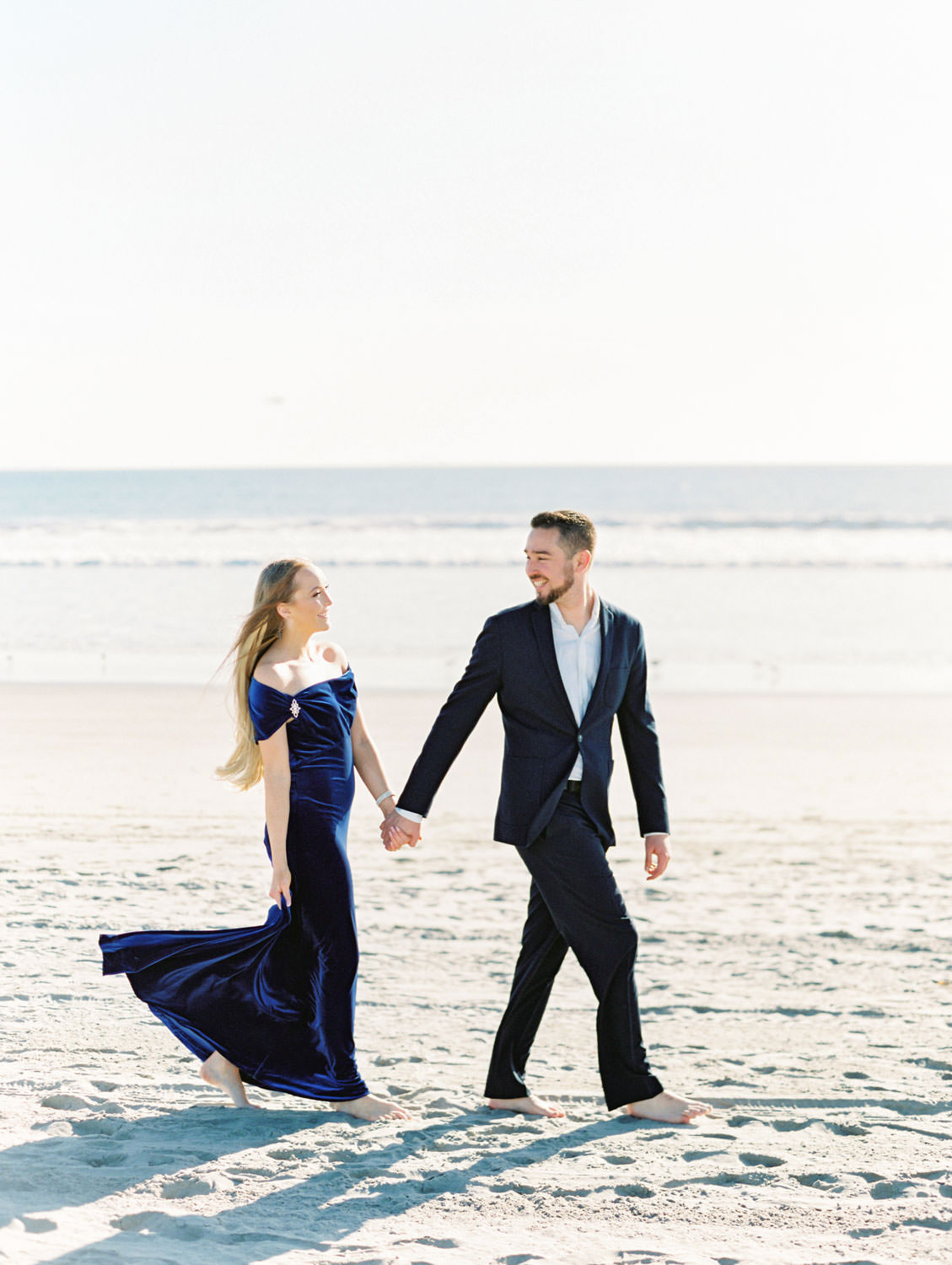 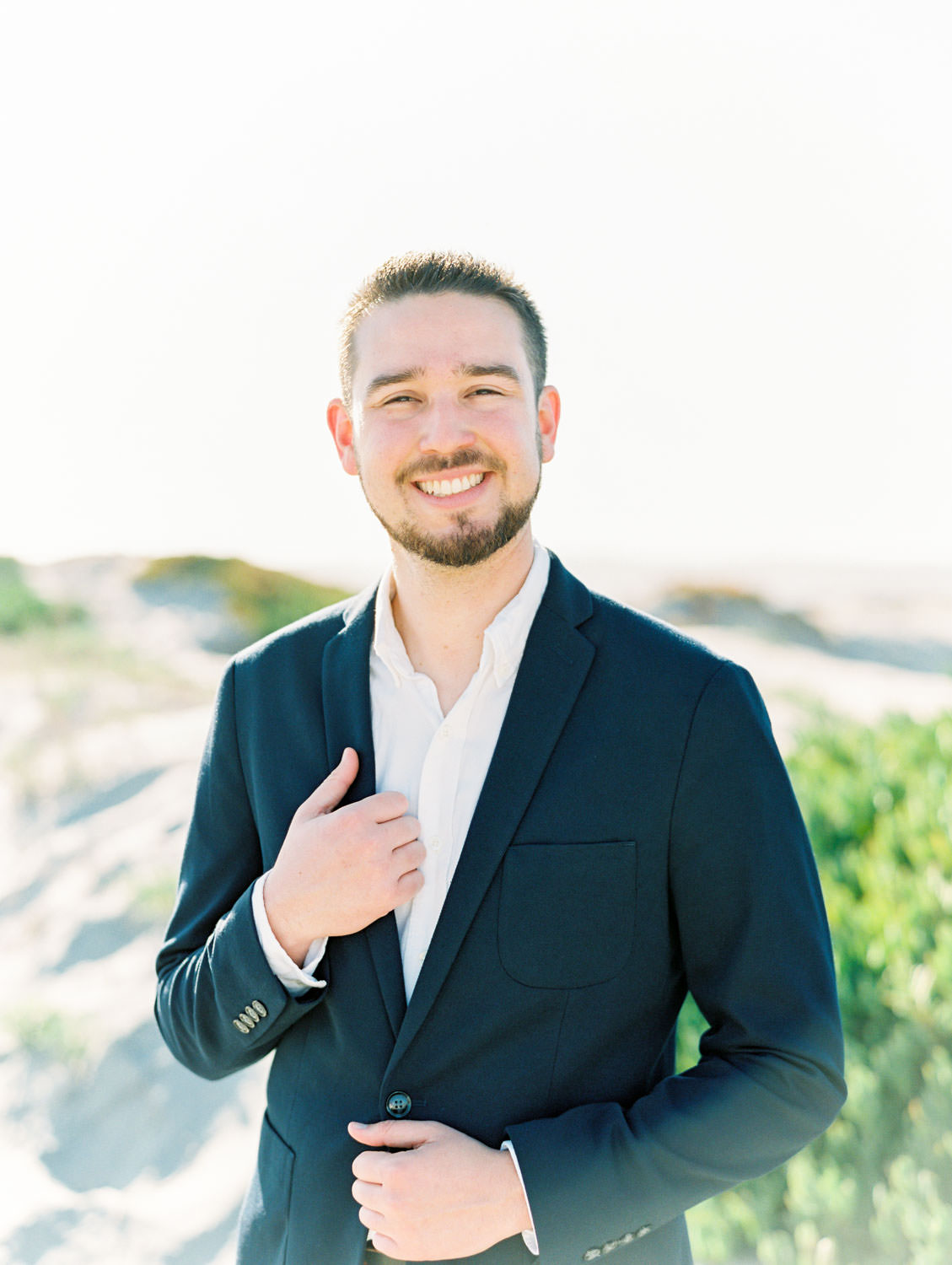 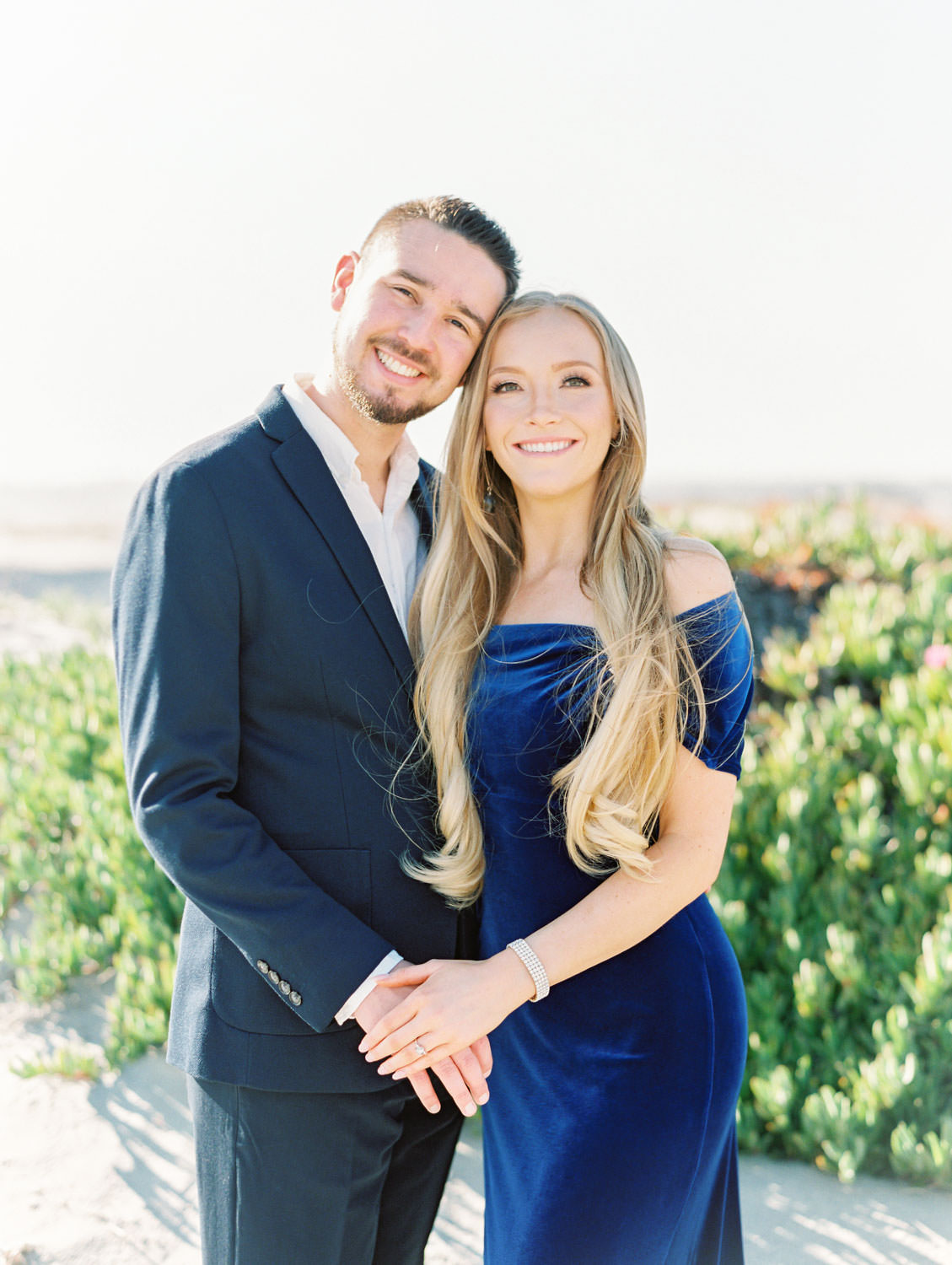 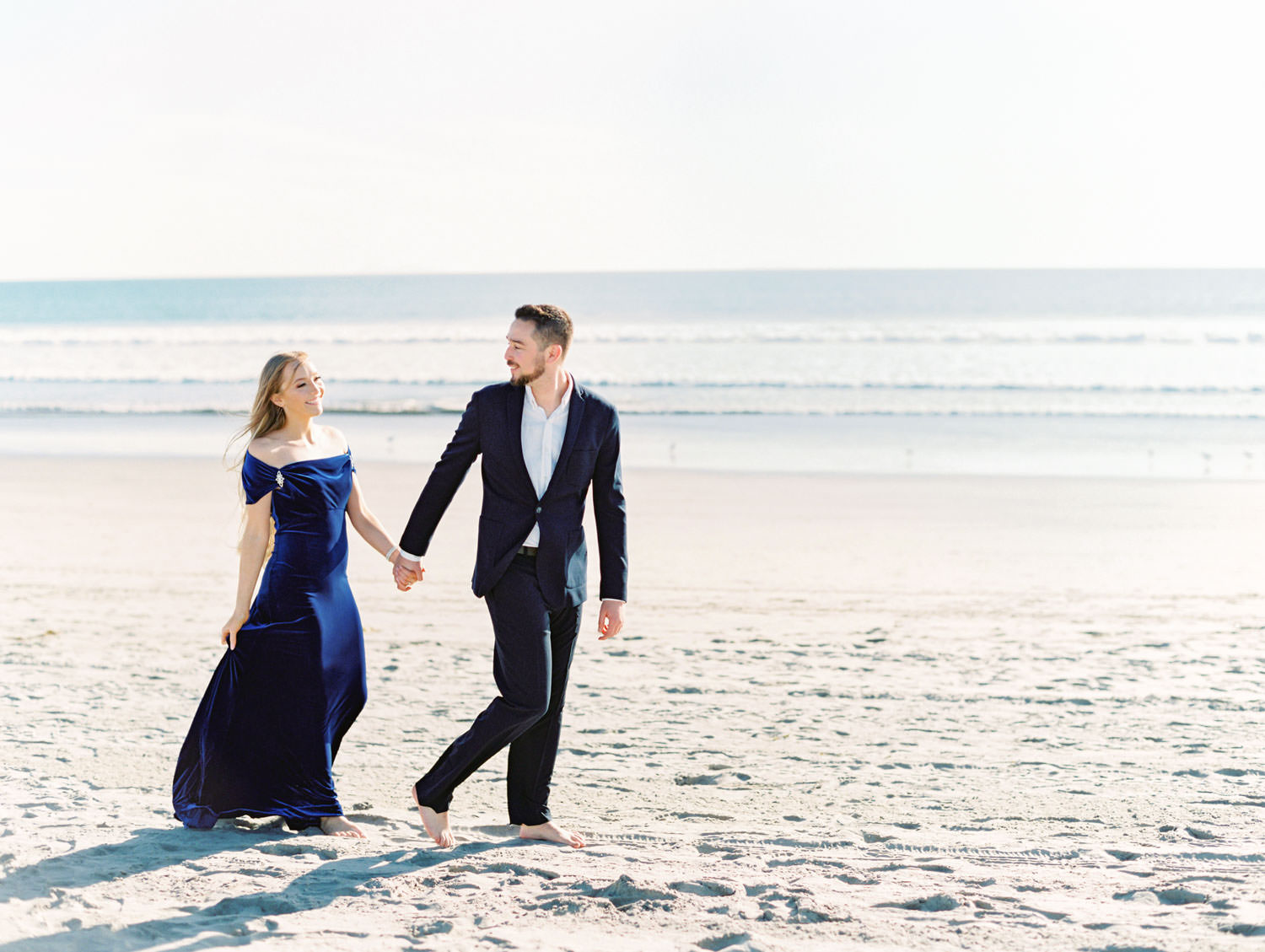 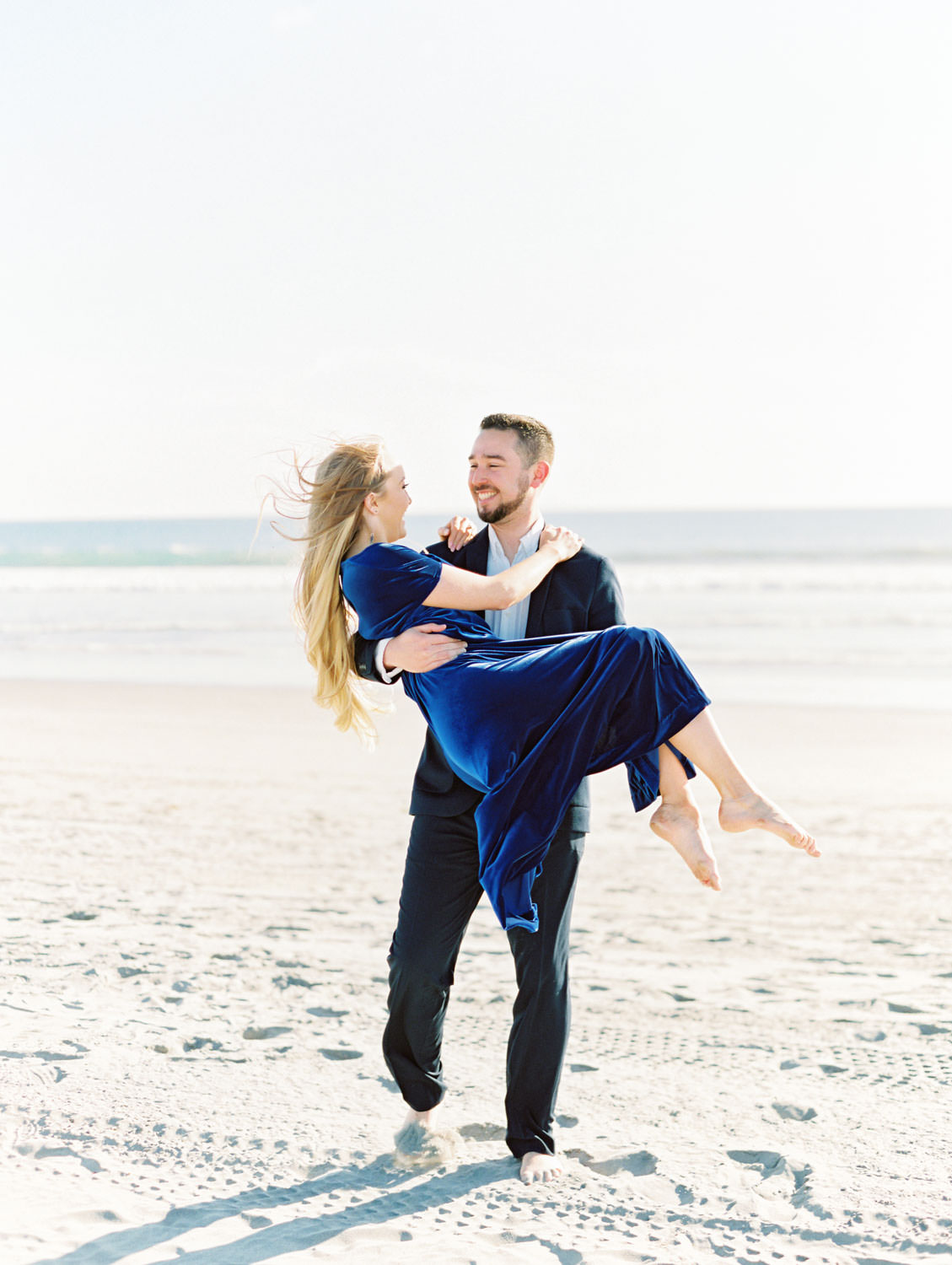 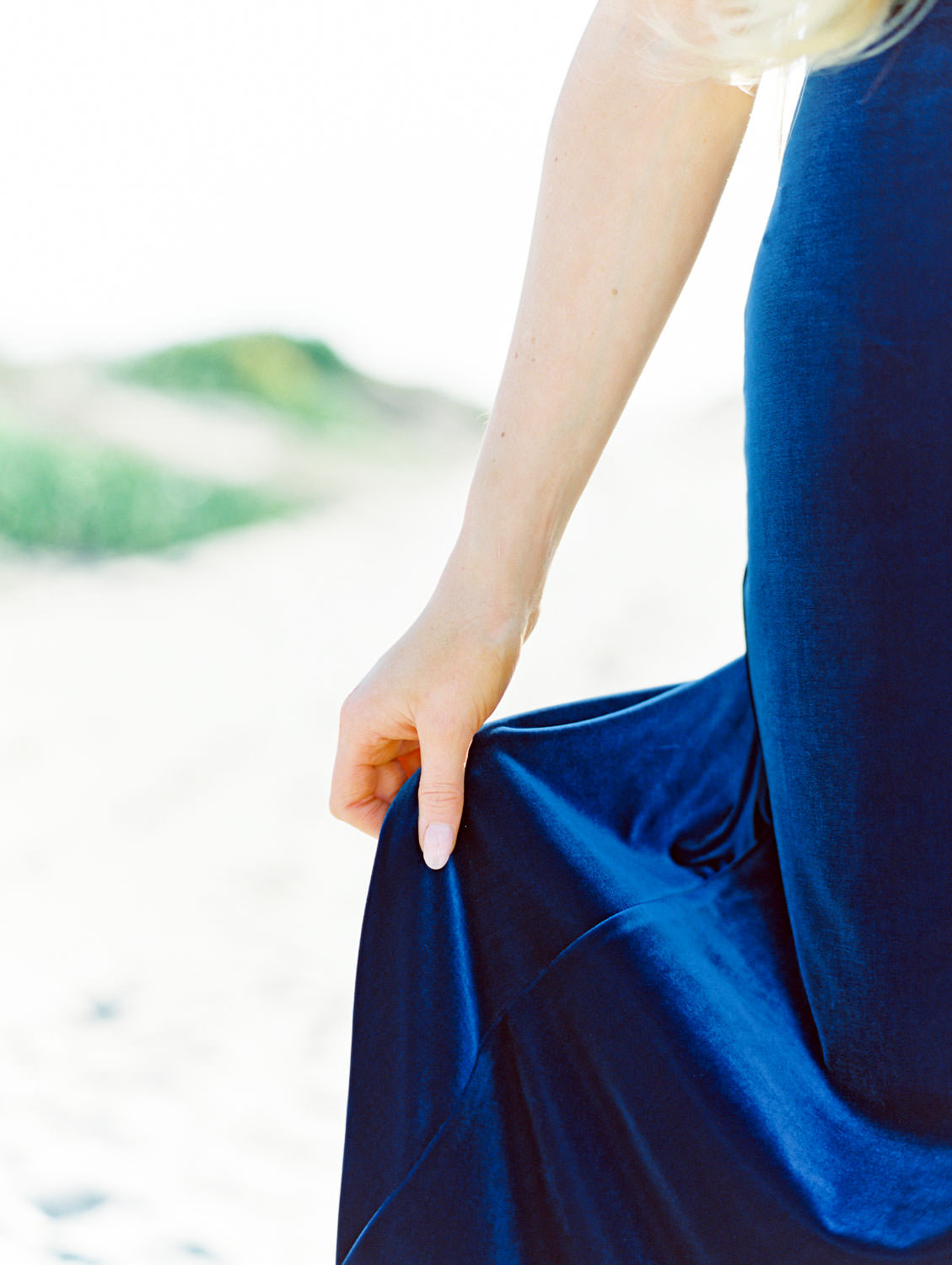 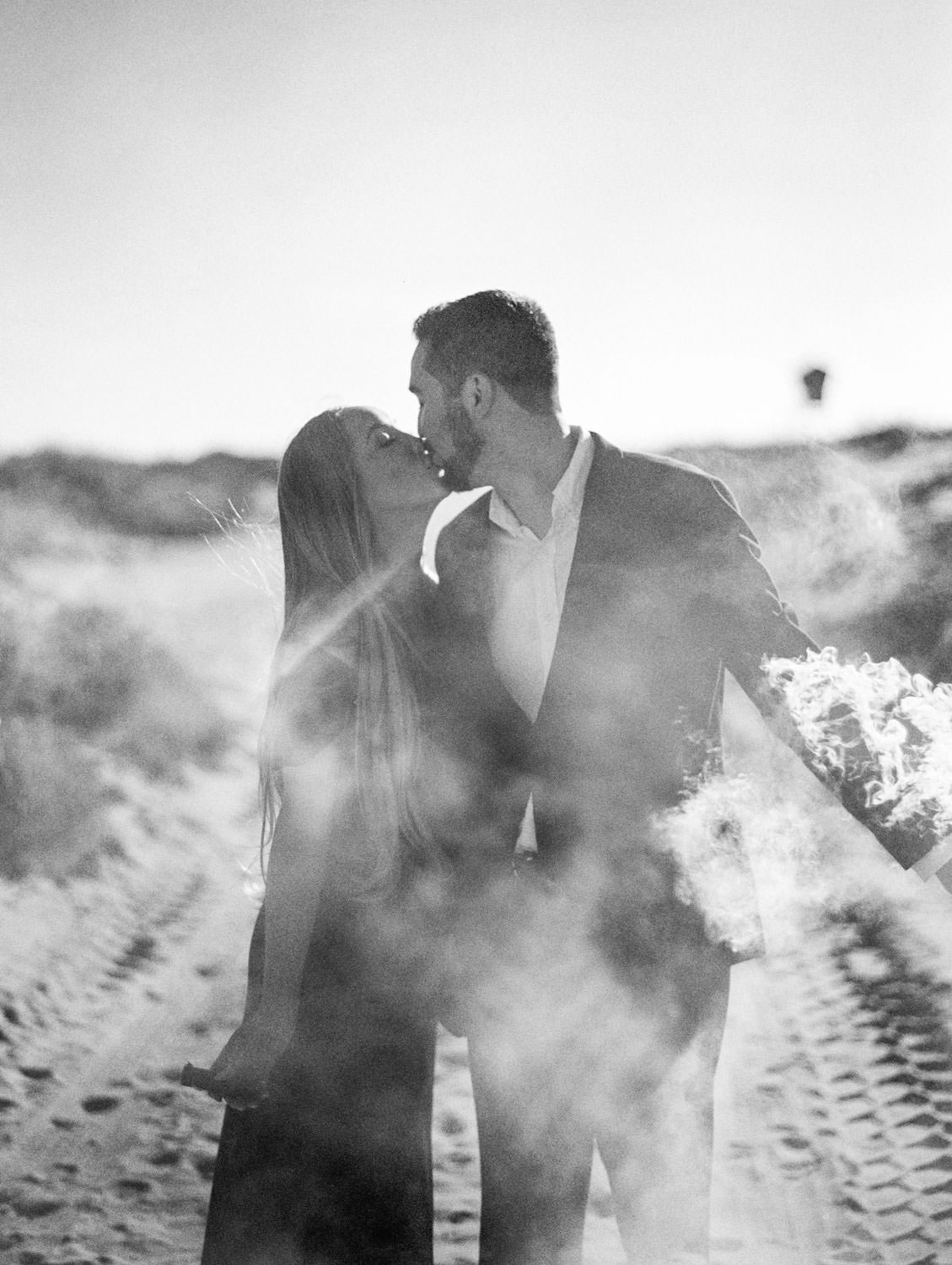 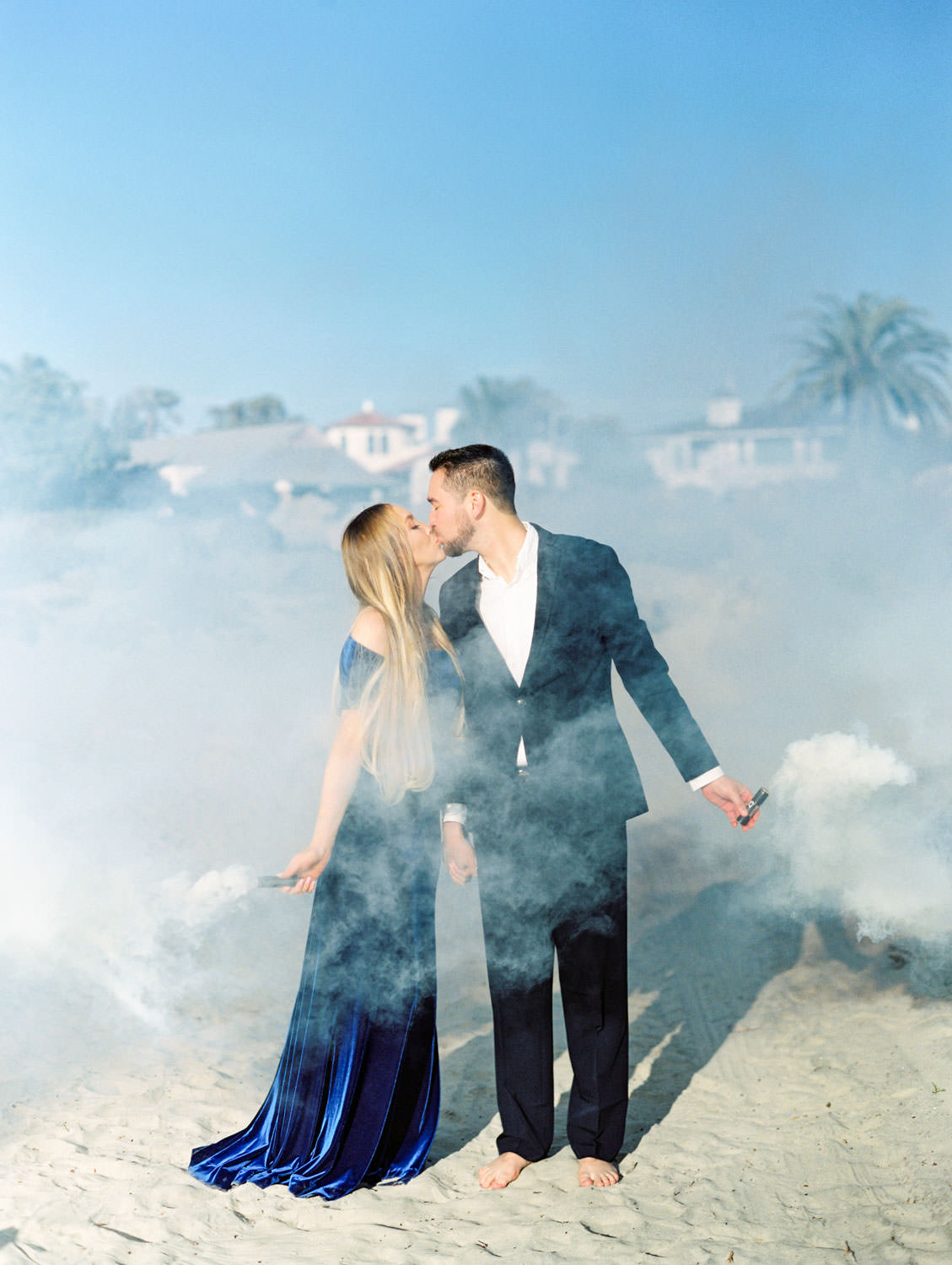 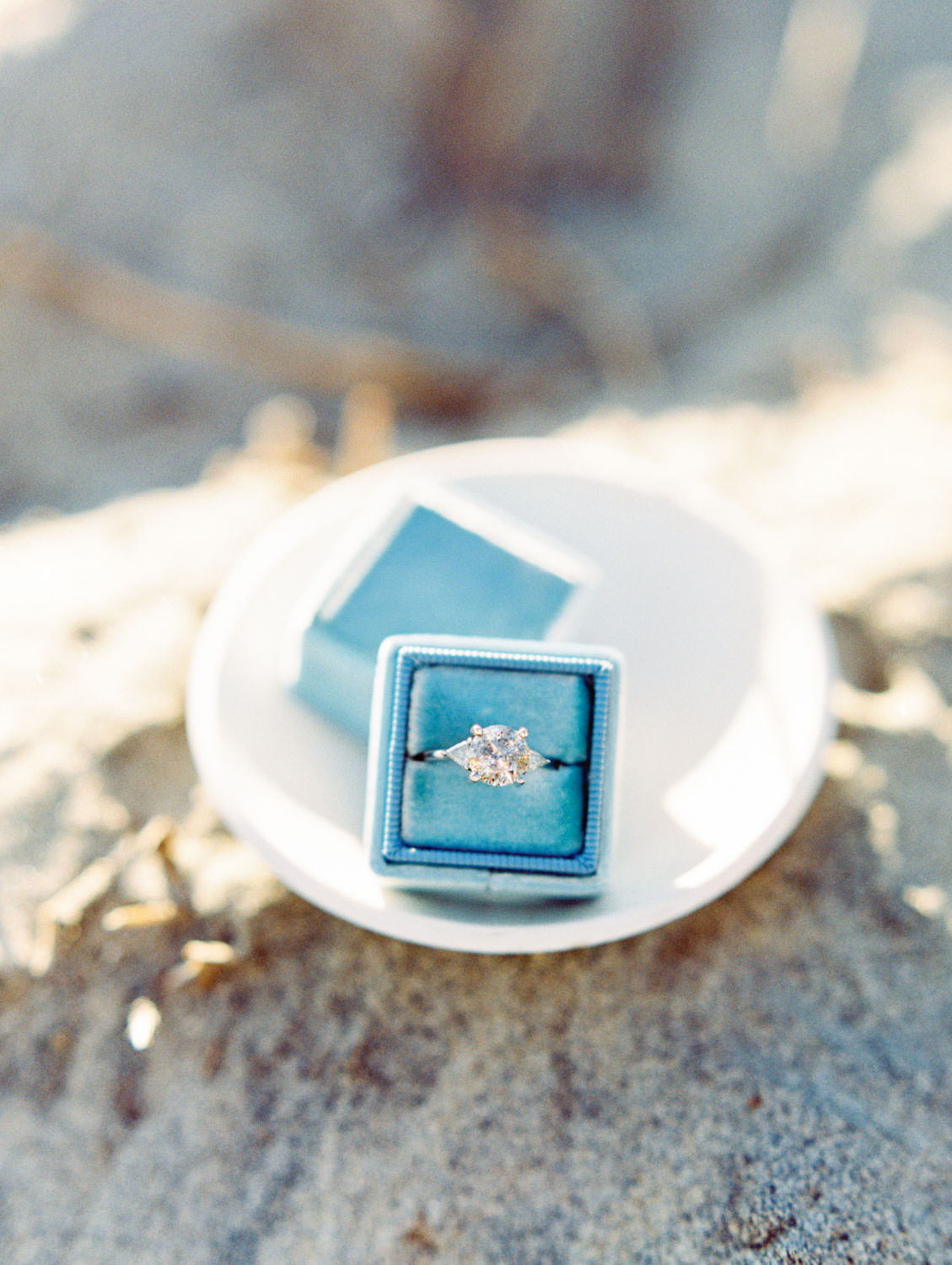 After an outfit change for Alyssa, we made our way south to the Hotel Del Coronado. It’s iconic building couldn’t be more San Diego. After a series of photos with it as our backdrop, we changed up our landscape for a glorious set of rocks. Thanks to Alyssa and Julio for being adventurous and climbing all over them for the perfect photos! 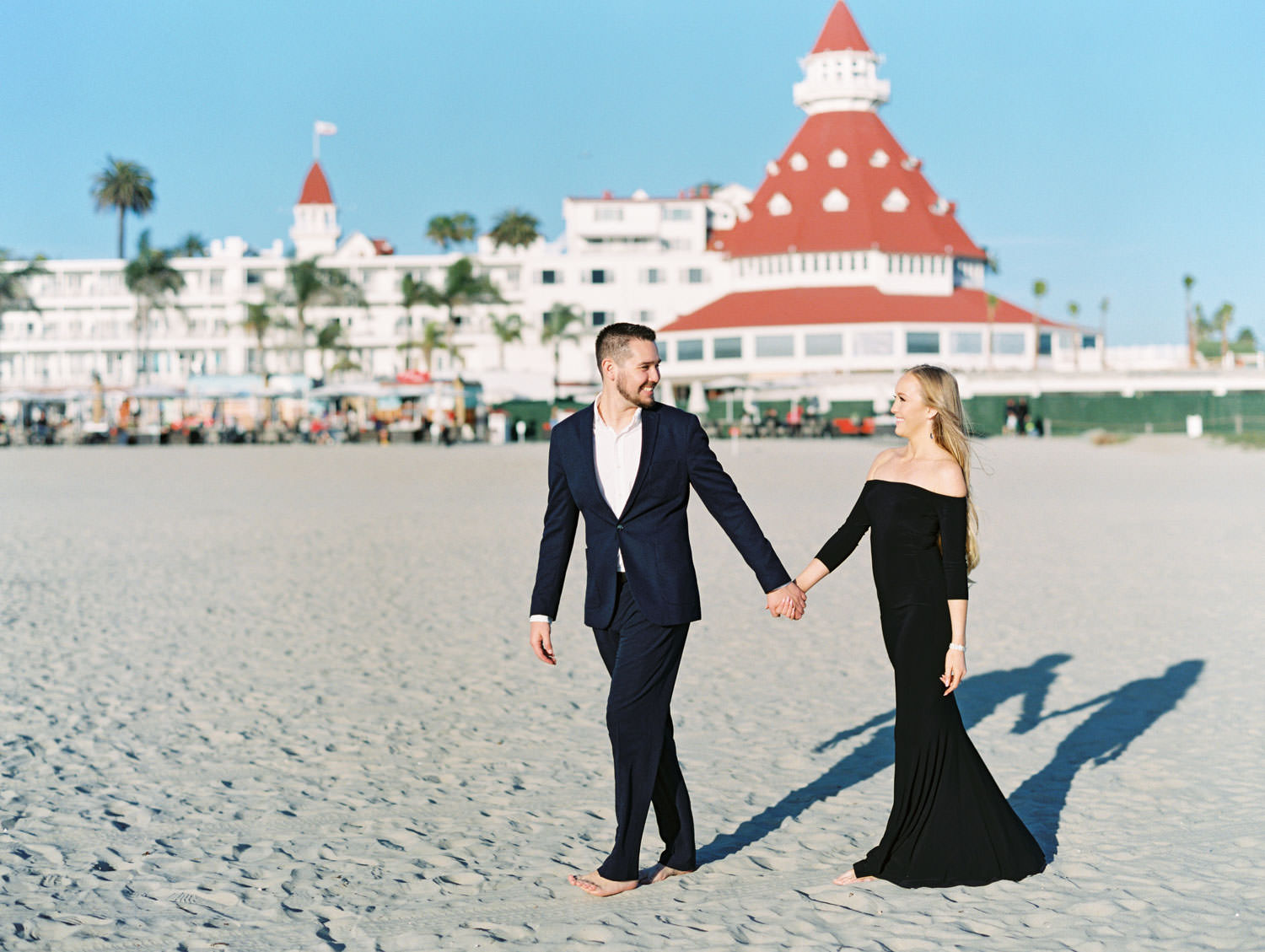 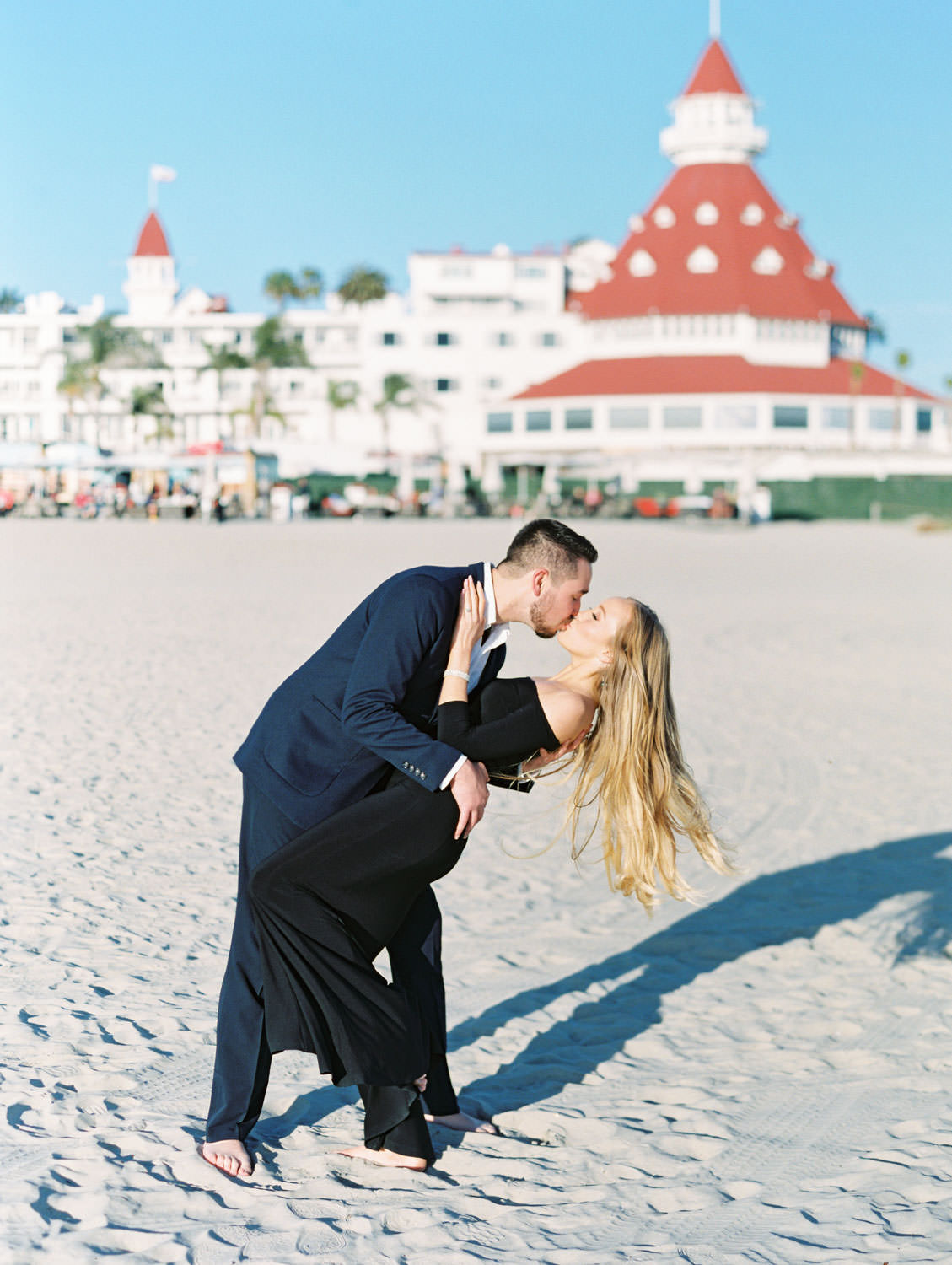 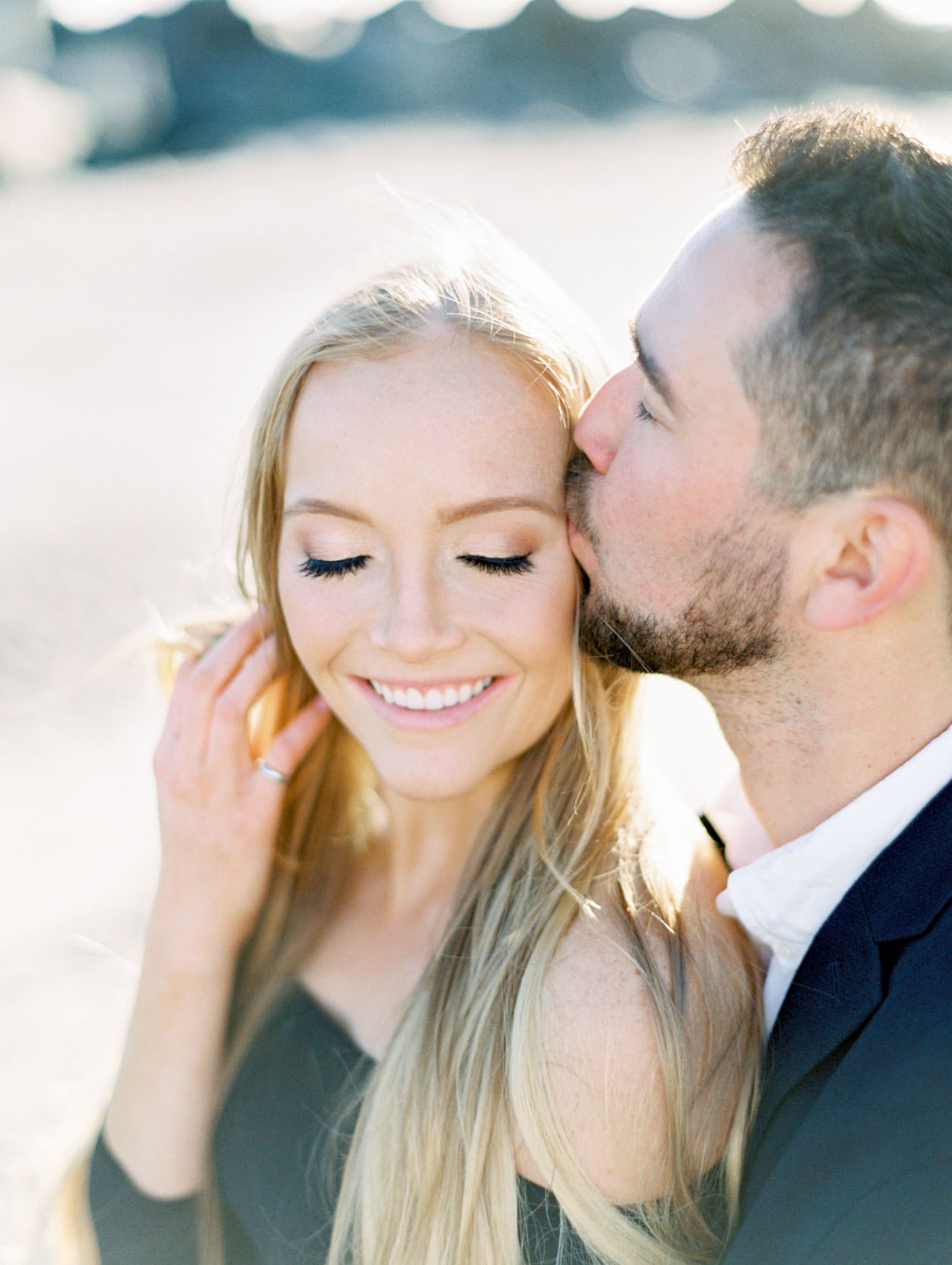 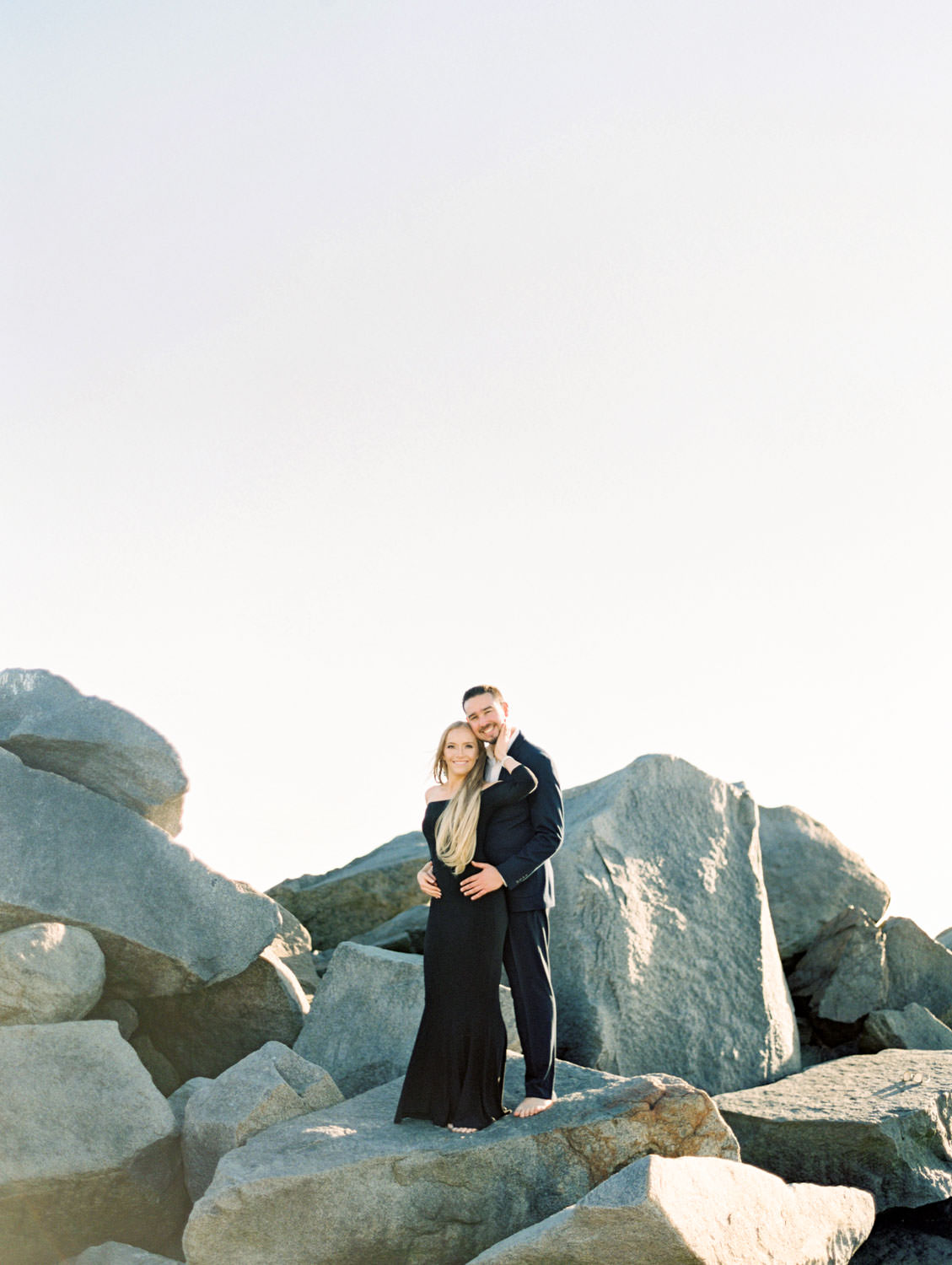 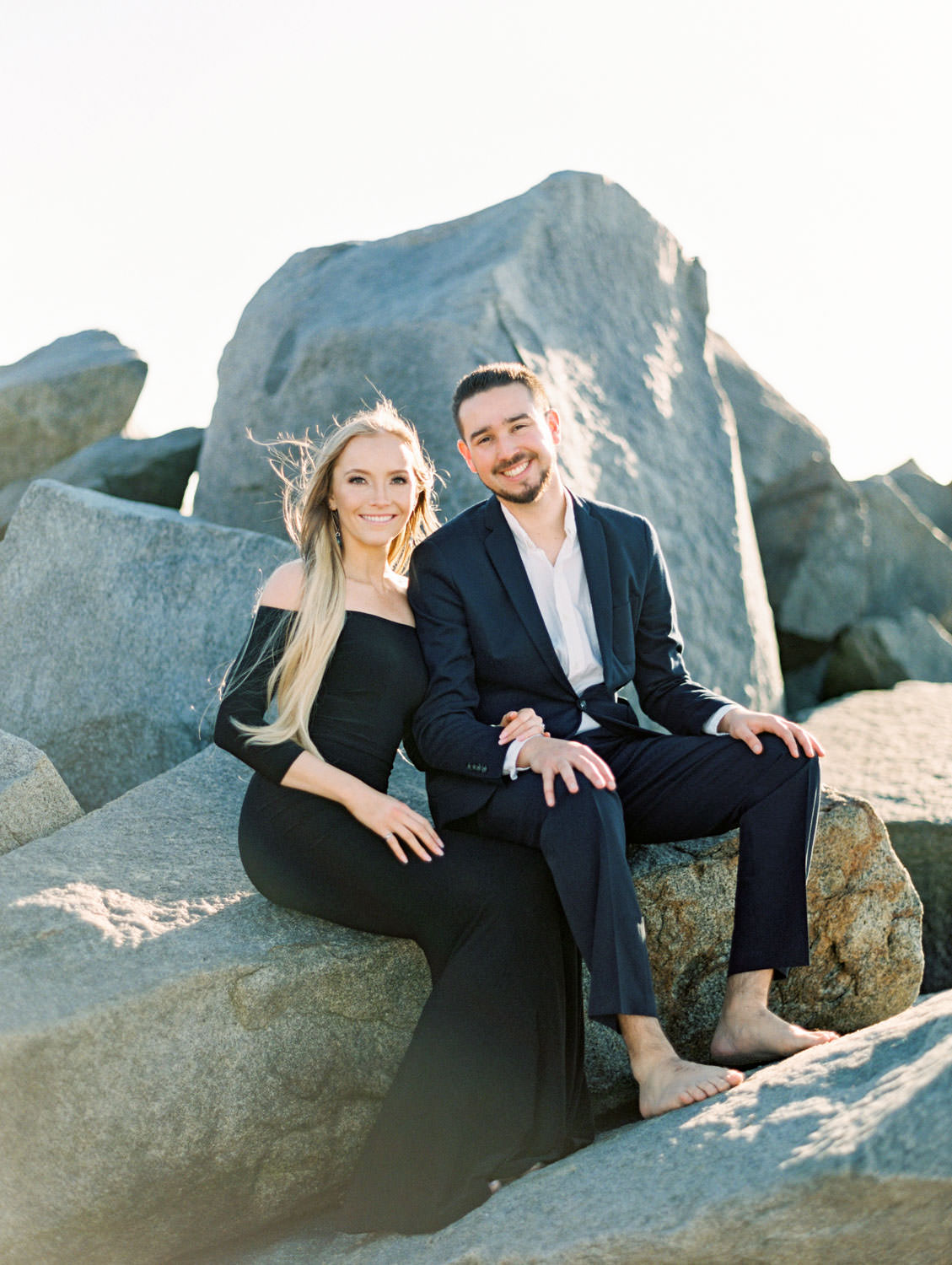 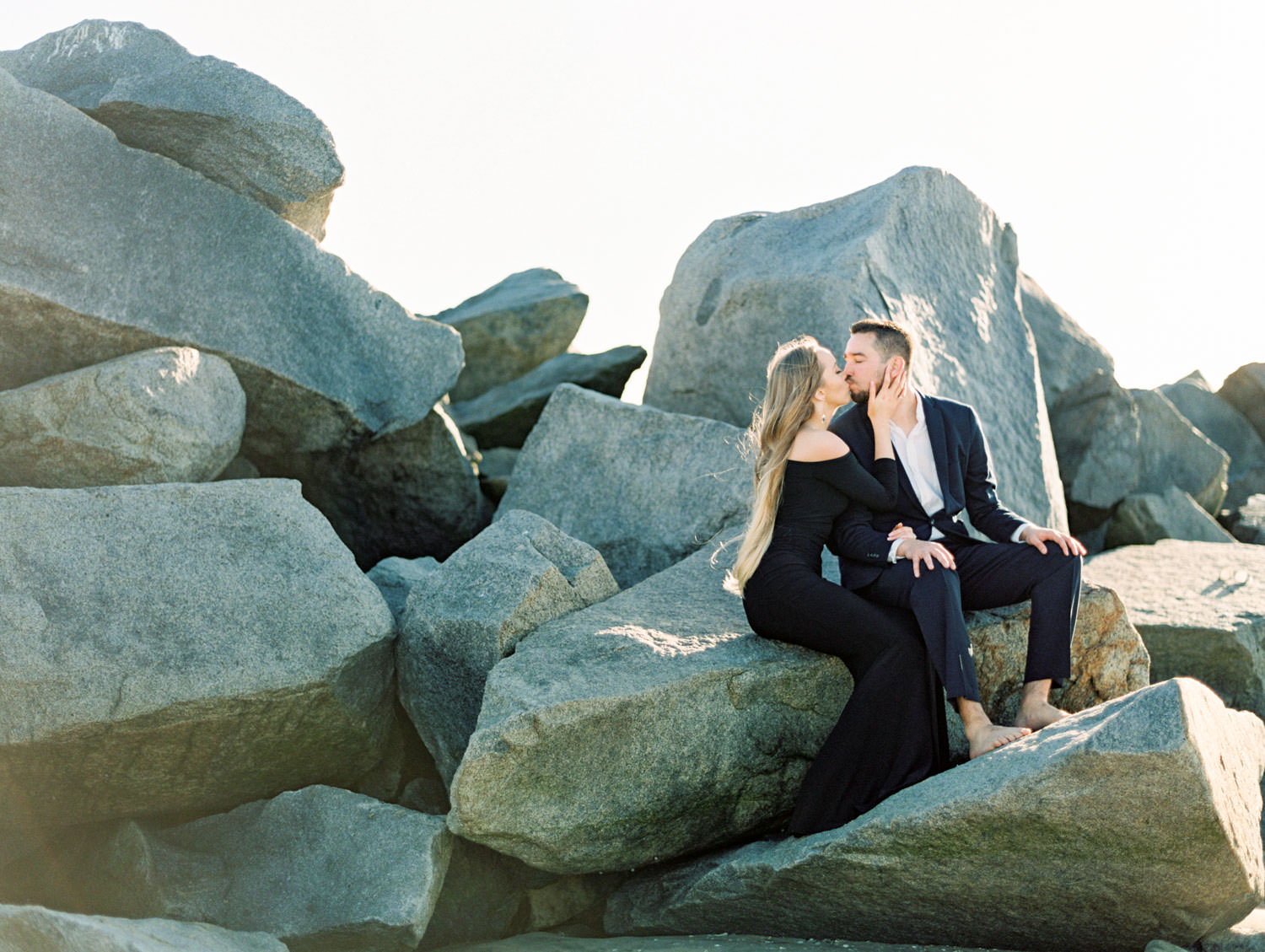 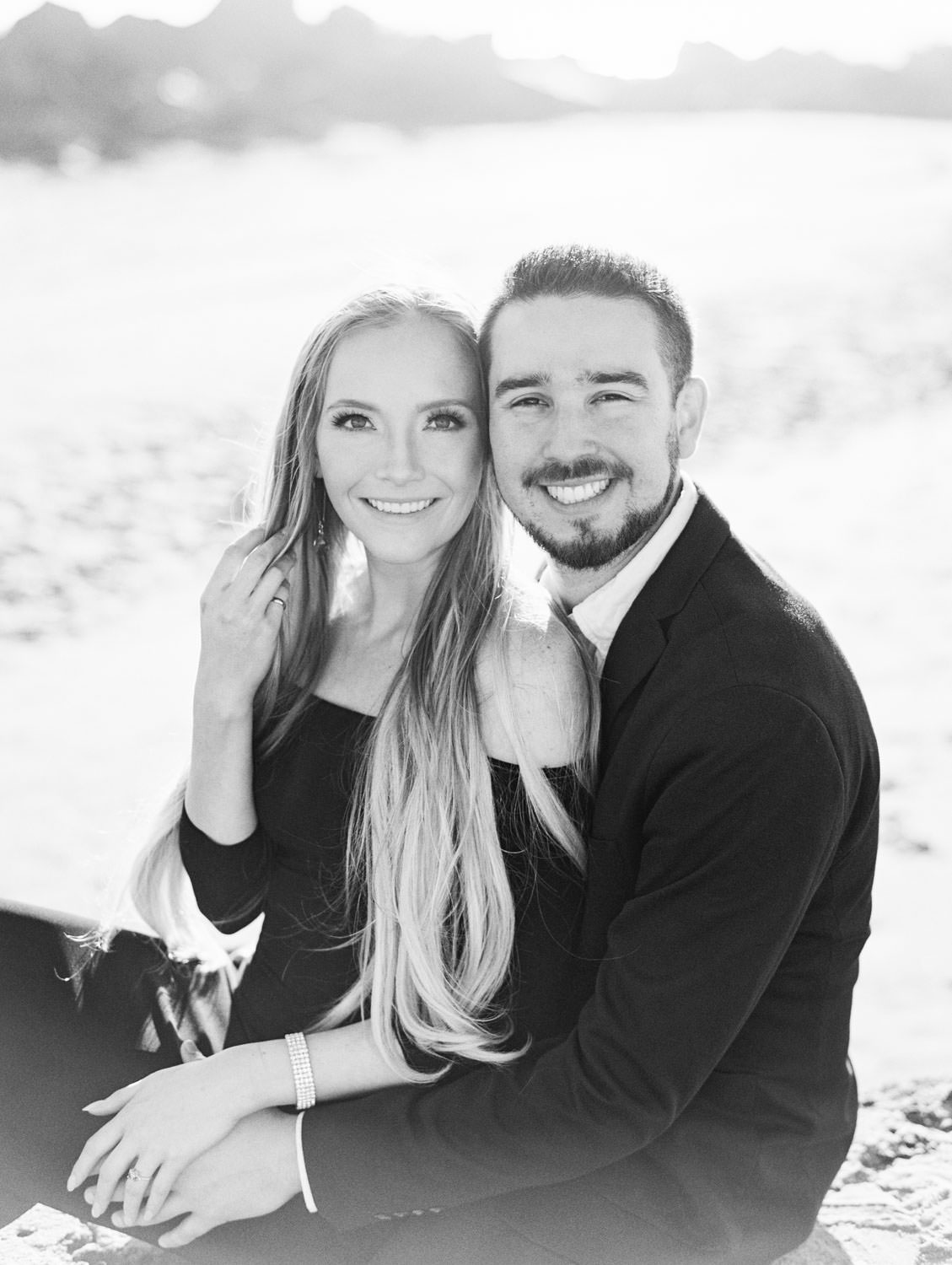 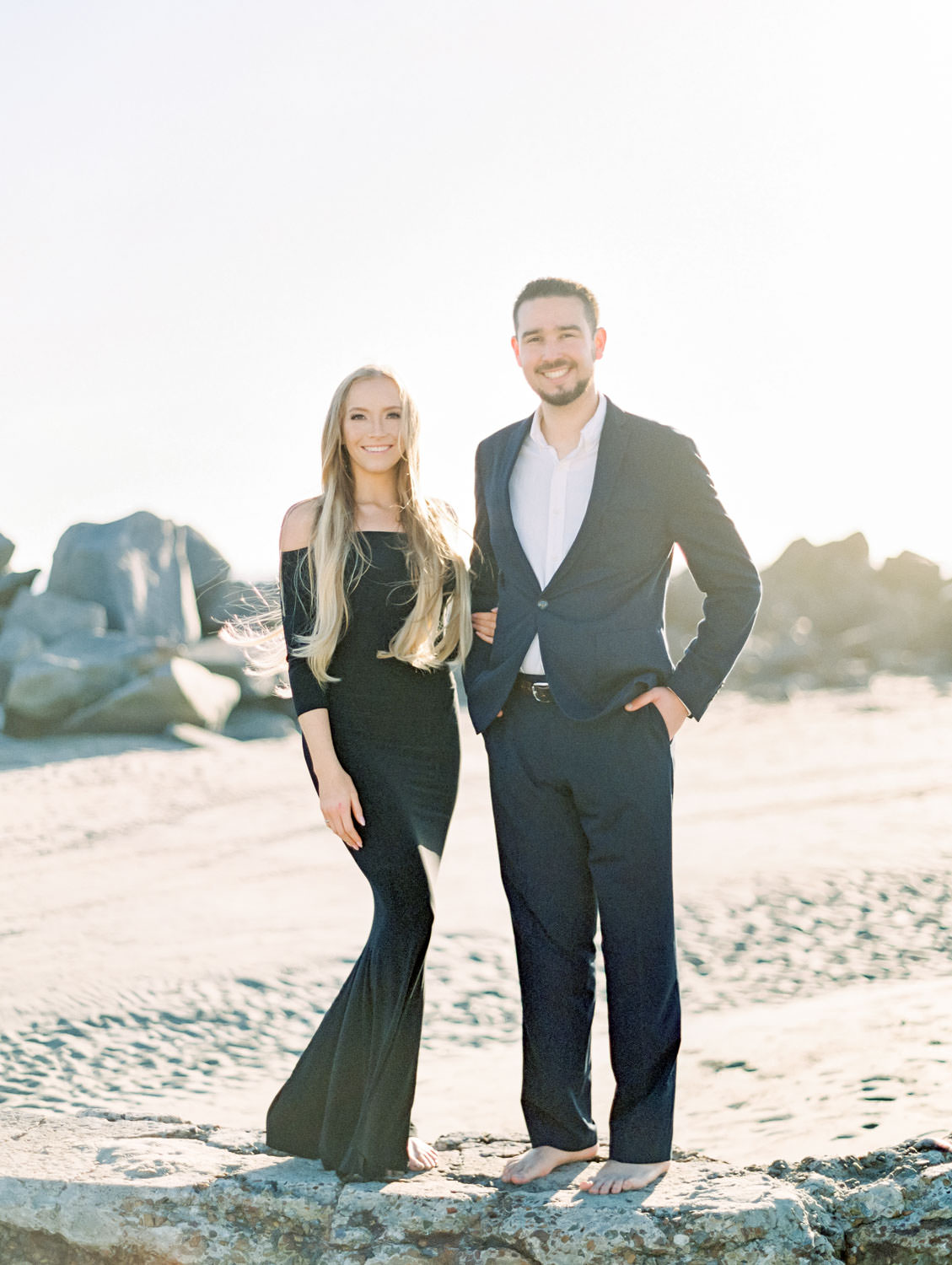 I am so looking forward to this wedding at L’Auberge later this year. Stay tuned for photos to come! 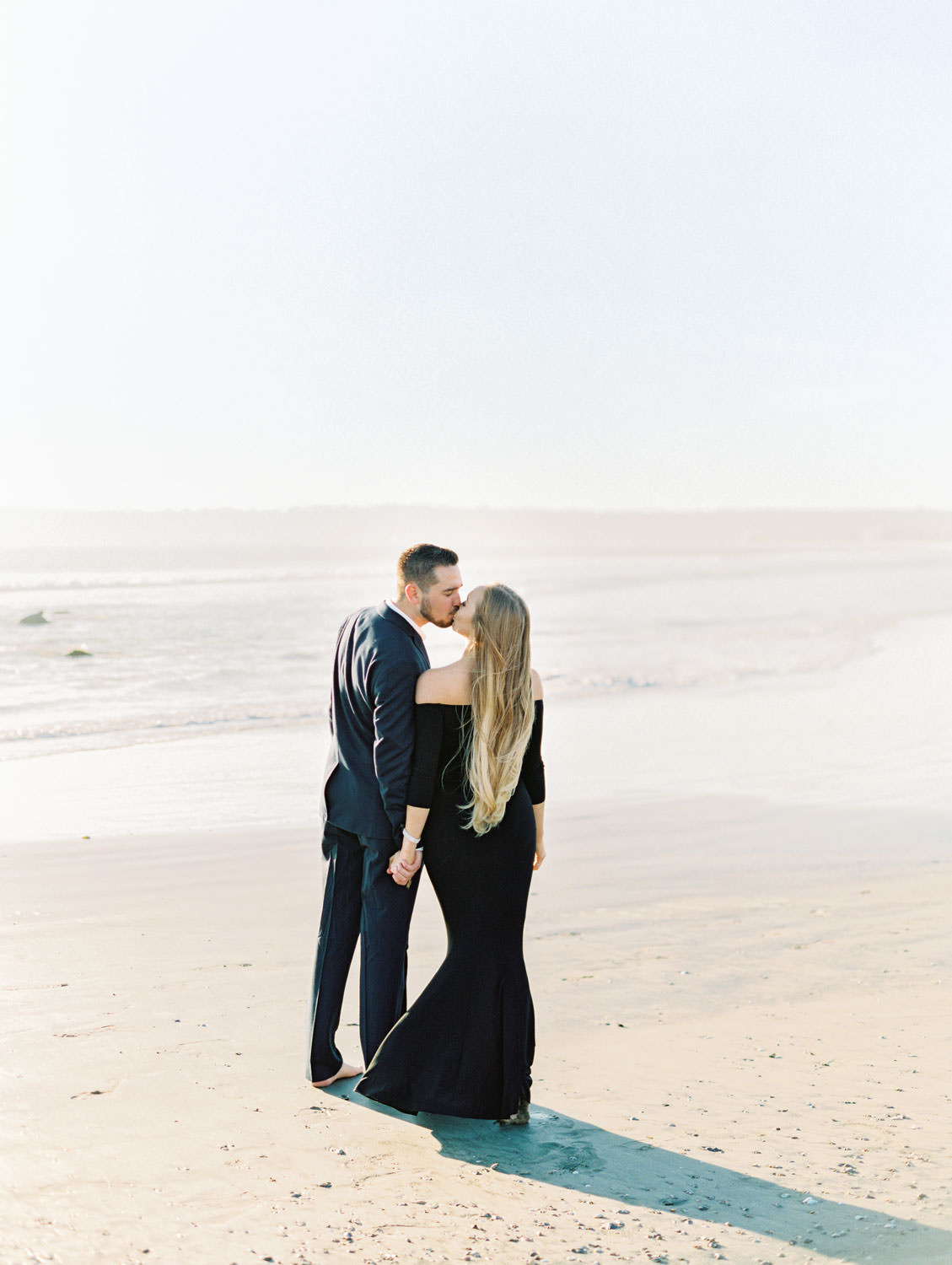 Thank you for taking such care with these photos. Your work is amazing. We love that our children have such beautiful memories of this special day. Just beautiful!

They were so lovely to work with! Such a pleasure :)